The New York Knicks are holding teams to 102.8- points per game on just 43% shooting from the field. Both of which currently leads the league. Under the tutelage of Head Coach Tom Thibodeau, the Knicks Stifling and energetic defense has been noteworthy thus far.

The Knicks have the No. 1 defense in the NBA 👀

New York is holding teams to 102.8 PPG on just 43% shooting from the field. Both of which lead the league 🔒 pic.twitter.com/pHOuaEYjon 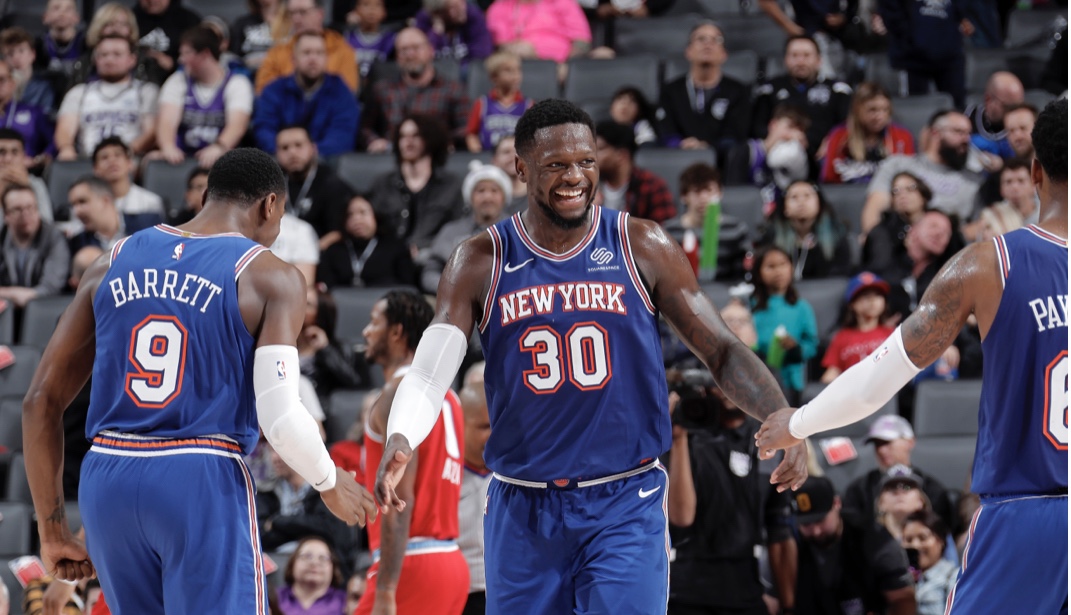 On the morning of January 22nd, ESPN acknowledged the New York Knicks number one defense in terms of opposing field goal percentages and opposing points scored per contest on Twitter. Many Knick fans considered this as a proud moment due to ESPN’s harsh attitude towards the Knicks franchise over the past two decades. 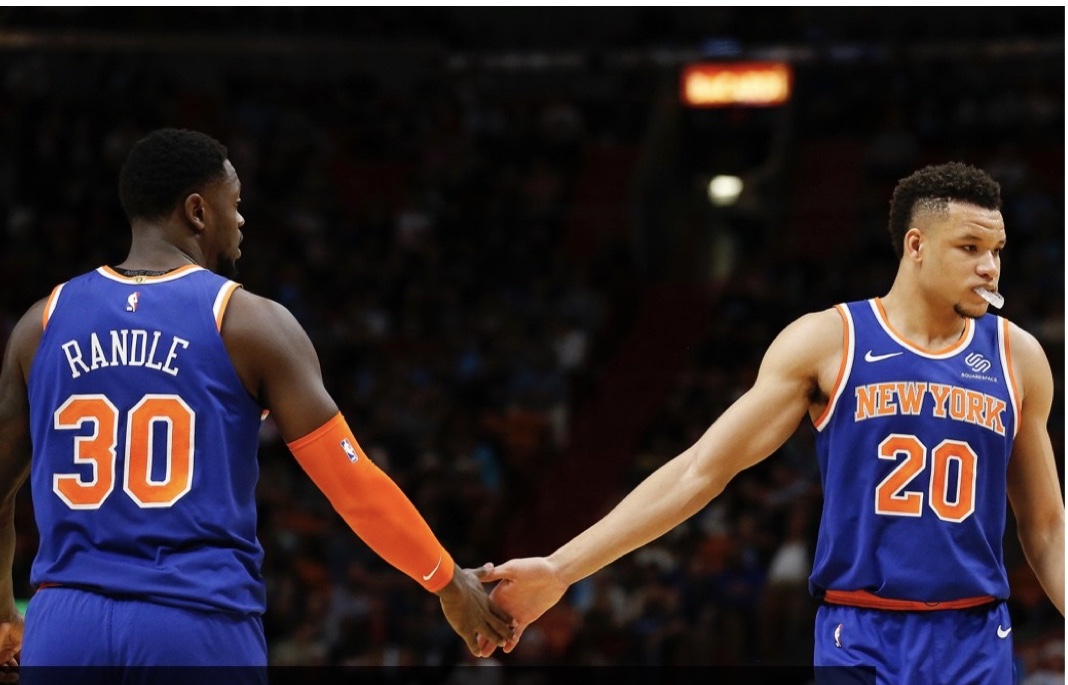 Successful defensive possessions end with a defensive rebound. Julius Randle is currently second in the entire NBA in terms of defensive rebounding. Randle averages 10.2-defensive rebounds per game. Andre Drummond of the Cleveland Cavaliers is currently leading the league with 10.9-defensive rebounds per contest. The rebounding statistical category is all about desire, tenacity, and pure energy. The Knicks power forward who is currently a candidate for this years Most Improved Player award is having his best season rebounding the basketball at the rate of 11.6-total rebounds per game. Randle’s overall rebounding is up nearly 2 rebounds per contest from last season. The improvement in this category may very well be due to Randle’s commitment to his body conditioning during the offseason with an understanding of Coach Tom Thibodeau’s demanding style on the defensive end and on the glass. In a past article, I’ve written about something both Julius Randle and Tom Thibodeau have in common. That is their love for rebounding. 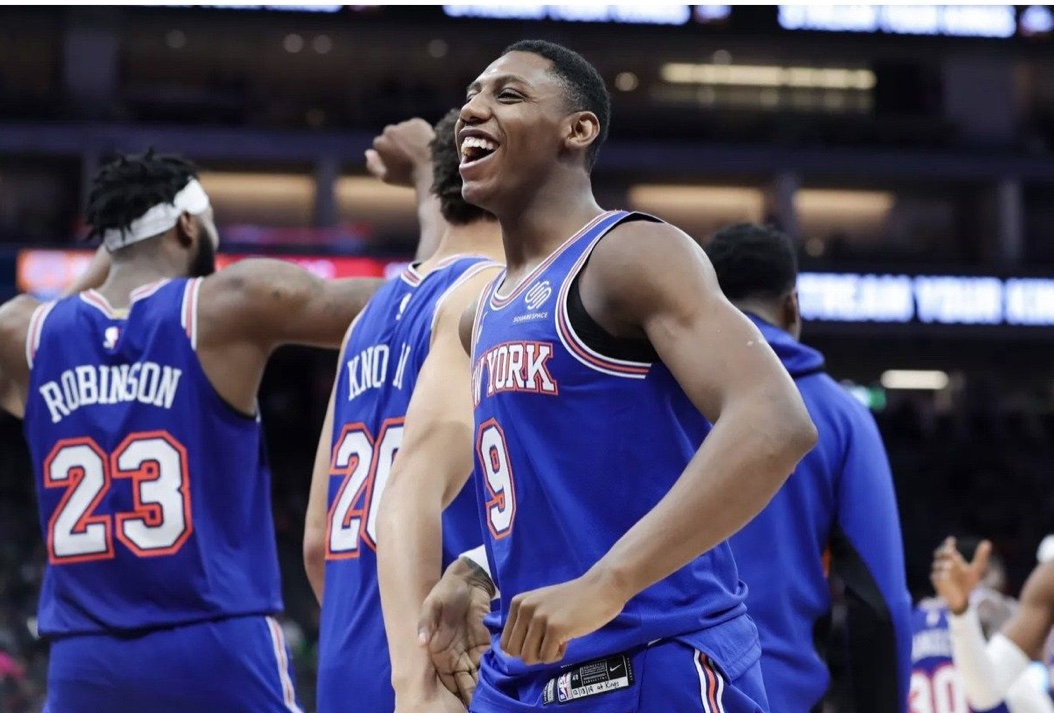 RJ Barrett has been playing outstanding basketball this season under Tom Thibodeau. Even though the 20-year old’s shooting percentages from the three point line and free throw line leaves a bitter taste, Barrett is only in his second year and his room for growth offensively and defensively is tremendous. Through 17-games this season, the former Duke Blue Devil is averaging 18.0-points per game along with 7.2- total rebounds per contest. Even though Barrett is only contributing 0.5-steals on the defensive end, the 6’7″ 210 lbs shooting guard displays strong physicality against opposing wings on both ends. RJ Barrett is understanding team defensive principles under Tom Thibodeau, Mike Woodson, and the rest of the currently sturdy Knicks developmental staff. Even throughout RJ Barrett’s struggles, he continues to rebound and defend at a high level. 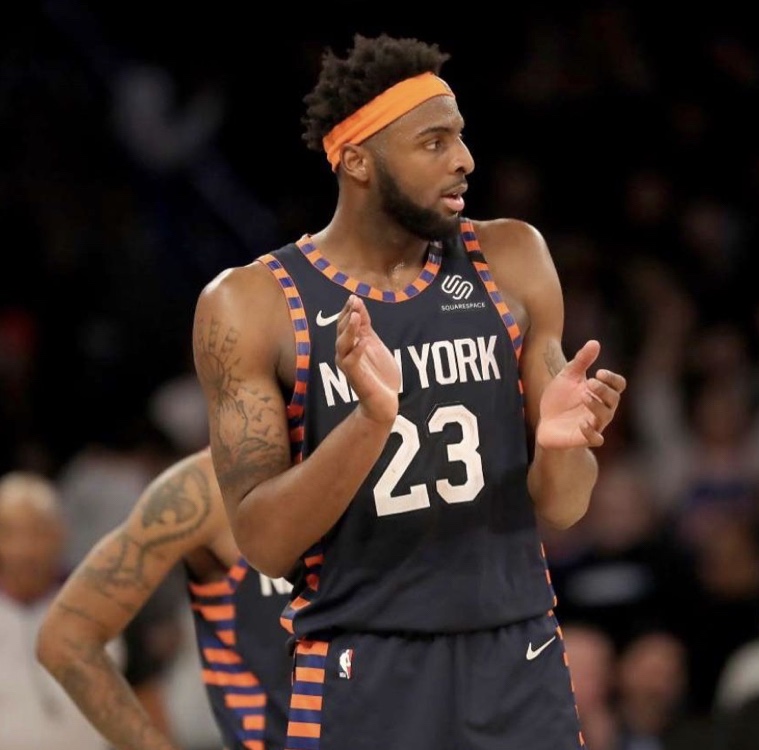 The Knicks are solidified defensively at the center position due to the offseason signing of former Kentucky Wildcat, Nerlens Noel. Knicks already have a shot blocking monster in Mitchell Robinson, therefore, the addition of Nerlens Noel gives the Knicks 48-minutes of rim running attacks, lob attacks, and shot blocking. The constant aggressive defensive and reckless abandon style both possess fits tremendously with Thibodeau’s defensive style that’s being implemented on this young Knicks roster. Both players have a tremendous ability to defend the most important play in the league, the Pick & Roll. Mitchell Robinson is leading the Knicks with 1.3-steals along with 1.8-blocks per contest. Nerlens Noel is averaging a steal and 1.7-blocks in just 15.9-minutes per game. Opposing teams know they’ll be in for a battle when going against a Knicks team that protects the paint the entire game.

The Knicks perimeter defense under Tom Thibodeau have been superb. The starting backcourt in Elfrid Payton, RJ Barrett, Reggie Bullock combined with a super athletic front court in Julius Randle, and Mitchell Robinson have been making it extremely tough on talented opposing three point specialists. Opposing teams are only shooting an ice cold 31% from three point territory against the Knicks this season. The Knicks are now a very tough team to score on these days as they’re only allowing 37.3- field goal makes per contest overall. 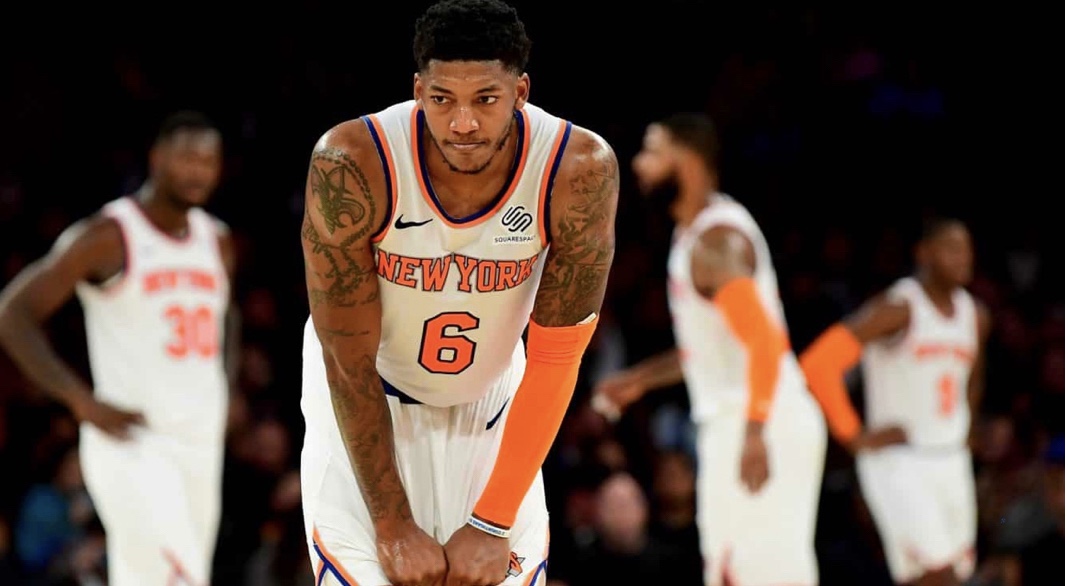 Even though Elfrid Payton is only averaging 0.6-steals per game through 17-games thus far, he’s being very disruptive on the perimeter defensively against opposing talented playmakers and shooters. Even though Payton struggles on the offensive end most times, his defense is the reason Thibodeau has Payton in the starting lineup. The 26-year old veteran is solid defensively even though it doesn’t show up in the statistical defensive category. Payton is averaging 1.3- steals along with 4.4-rebounds throughout his entire 7-year career.

Frank Ntilikina’s Disruptive Defense Could be Back Soon.

Frank Ntilikina is currently day-to-day with a sore knee. The former 2018 8th overall selection is arguably the best perimeter defender on this young Knicks roster. The 22-year old 6’6″ tall combo guard who possesses a 7’1″ wingspan is a smart and talented defender. Ntilikina is also excellent at defending the pick and roll play due to his length and anticipation. His presence on the defensive end for the Knicks will be huge once he returns and regain his rhythm and conditioning. The Frenchman will make the Knicks even tougher to score on once he’s fully healed.

The two rookies on the Knicks haven’t disappointed. Both have shown flashes on both sides of the basketball. Quickley and Toppin both seem to have solid defensive IQ. Obi Toppin was deemed a slow footed and poor defender coming out of Dayton University. However, Toppin is extremely athletic with excellent leaping ability, which bodes well for his potential as a solid NBA team defender under the right coaching. Knicks developmental staff are fine tuning both rookies and results are pending, therefore, Knick fans have every right to be optimistic about both players development especially on the defensive end of the basketball court. With plenty of film study alongside Tom Thibodeau, Mike Woodson, Kenny Payne, and Johnny Bryant, Toppin and Quickley will be formidable for the Knicks defensively down the road.