Are the Knicks bad?

Everyone is freaking out because the Knicks are underachieving; losing to inferior opponents, playing bad defense, and looking disjointed on offense. All these are valid concerns and will lead to a disappointing season if they are not corrected soon. But I am here to tell you it’s going to be alright.

Being a Knick fan over the past 20 years has made me an expert on bad basketball. That is because the Knicks have shown us every kind of bad basketball team possible. So with that expertise, I can confidently tell you that this is not a bad team.

No, tt’s a good Knick team 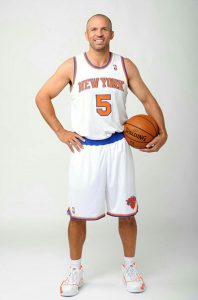 This is a good team whose ceiling is conference semi-conference finals (2nd round of playoffs). It’s similar to the 2012-13 team that overachieved in the regular season by winning 54 games, but at no point did anyone really believe they could seriously compete for a championship. It was a team made up of one-star player and a deep roster of good role players.

This season’s Knick team has a similar composition, except this roster is much younger. After Julius Randle, who is a fringe all-star, you have two good starters in RJ Barrett and Evan Fournier, then 7 really good role players. What the Knicks lack in terms of top-end star talent they make up for with quality depth. The Knicks are built to succeed in the regular season and win a 1st round playoff series if they get the right match-up.

But just because they aren’t a contender doesn’t mean this season doesn’t matter. Contrary to popular belief it usually takes 4-5 seasons to build a championship contender. The Knicks are in their 2nd season of that journey. So let’s look at the issues the Knicks need to correct in order to get back on track to being a contender.

One of the issues last season was that the Knicks didn’t have enough off-the-dribble playmaking. Elfrid Payton was simply a disaster and Reggie Bullock was a nice spot-up shooter. This off-season that problem was addressed by signing Kemba and Fournier. Now the Knicks have 4 players in the starting lineup that can create offense.

Most teams have 2-3 players that can play-make off-the-dribble. Miami has Kyle Lowry and Jimmy Butler. Brooklyn right now only has 2, Durant and Harden, with Kyrie Irving is sitting out. The Bucks have 3 and the Sixers only have 1 in the starting lineup since Ben Simmons isn’t playing.

So the Knicks can actually run a more dynamic offense than the best teams in the East, however, the issue is chemistry. You have 4 players that are used to being primary options trying to gel. But none are dominant players, so there isn’t a natural peaking order. There isn’t one player that can score at will or bend a defense to the point that they can generate an easy scoring opportunity for a teammate. So the roles aren’t clearly defined.

This is where chemistry comes into play. When a good shot opportunity is created by the initial ball handler, the other 3 players don’t know each other well enough to turn that good shot into a better one by making the right secondary decision.

That is why you see the Knicks settle for a lot of contested isolation shots after one pass. These bad shots result in fewer offense rebounds and more transition opportunities for the opponent. The Knicks are rated the 17th worst defensive team and have the 6th worst 3-pt shooting defense.

That is why a team that lacks a true superstar needs to have talented smart players with great chemistry to be successful. The best example of is the last championship Spurs team; 2013-14. Duncan was past his prime and Kawhi hadn’t entered his yet, but they were still able to beat a stacked Miami Heat which had 3 superstars in their prime.

The Knicks starting 5 desperately need to improve their chemistry so they can generate more easy shots and cut down the untimely turnovers. The players in the starting lineup need to know when to switch from playmaker to connector when needed. When they figure this out, they can increase their pace of play which is the 9th lowest in the NBA. Expect basketball monk Tom Thibodeau to meditate on it after watching 12 straight hours of film. But one thing chemistry can’t fix is effort.

My biggest concern this season has been the effort on defense. We expected there to be a drop-off since Kemba and Fournier are not known for their defense. But what has shocked me is the defensive effort or lack of from Randle and Barrett. There have been defensive lapses that have led to easy buckets that we did not see last season. Never in my wildest dreams did anyone expect the Knicks to be one of the worst defensive teams in the NBA.

This is correctable as the Knicks have two great rim protectors in Mitchell Robinson and Nerlens Noel when he returns. While Kemba and Fournier are not great defenders, they aren’t horrible either. Great effort on their part should be enough to prevent them from being liabilities. As for Julius and RJ, they were lockdown defenders last season. RJ neutralized the opponent’s best wing while Julius manhandled anyone that tried to position themselves near the paint. With added depth and the development of IQ and Obi, they don’t need to play as many minutes, so there is no excuse for not giving maximum effort.