In part two of the ‘Blue Print’ series we discussed the importance of establishing a team identity and building a culture around it. Once a franchise has that they know what type of players they need to acquire. However, player acquisition and development is the hardest step in the process, it takes skill, luck and patience. Three things usually not associated with the Knicks. It also explains why they have been so bad this century. Even if the Knicks were to ever land a couple of stars in free agency they would still need 5 or 6 good players to fill out the rotation with at least one of them being all-star caliber. Most of those players would need to be signed to below market deals in order to have enough money for the star free agents. The best way to do that is via the draft and then by hitting on a couple of reclamation projects. You will notice that a lot of the great teams did just that. They drafted well, especially outside the lottery and found a couple of hidden gems in the open market.

Make your own stars

The good news for the Knicks is that they have two legit all-star caliber players to build around in Mitchell Robinson and RJ Barrett. Having foundational pieces like these two will make it easier to develop good role players that compliment their skill set. Hopefully Frank and Kevin can at the very least develop into very good complimentary players. That coupled with good fortune in the upcoming draft would set the Knicks up nicely. But to win they will need a development plan.

Who knows how to develop players?

Developing players is hard and there is no one way to do it, that is why we will look at the teams that are good at it to understand what they do well. If we just look at two of the best teams in the conference, Miami and Toronto, you will notice similarities. The first is that they have good G-League affiliates. Their G-League teams do a good job of preparing players to contribute at the NBA level. But how? It’s simple, they identity roles for their players, short term and long term. They start them off in roles were they are focused on defense and scoring on open looks. Then as they master their role they expand it. 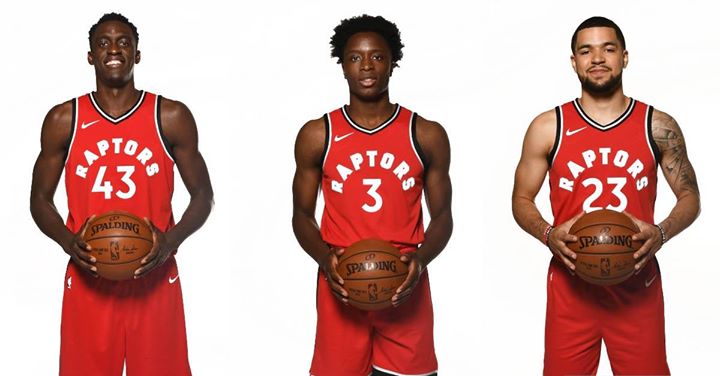 Raptors star Pascal Siakam  was a raw athlete that was drafted with the 27th pick in 2016 draft. They brought him along slowly, averaging under 21 minutes a game despite shooting under 22% on 3-pointers in his first 2 seasons. By his 3rd season at age 24 he was arguably the 2nd best player on the Raptors’ championship team. As good as Kawhi Leonard was, he relied on a 3rd year player making $1.5M per year to help him win his 2nd championship. The same can be said about the development of potential Knicks’ free agent target Fred VanVleet. He also was a major contributor in his 3rd year, also at 24 years of age. The next Raptor to keep an eye on is OG Anunoby, he started coming into his own this season, also his 3rd, but he is only 22 years old.

When you look at the Heat, two of their starters were not high draft picks. Bam Adebayo was drafted with the 14th pick in 2017 draft. The Heat drafted Bam despite having Hassan Whiteside in the 2nd year of a 4 year max contract. They developed him slowly as a reserve and taught him how to be a modern center, lessons Whiteside was not open to learning. Then by his 3rd season at age 22 he became the full-time starter and an all-star. Many experts believe that if Giannis Antetokounmpo were ever to leave Milwaukee it would be to play along side Bam in Miami. Their games compliment each other and they are friends since they share the same agent.

The other player that is a product of the Heat’s development program is Duncan Robinson, an undrafted free agent. While the Knicks spent a total of $58M on four Power Forwards this season, the Heat developed the Stretch Four Mitchell Robinson and RJ Barrett so desperately need and he only costed the Heat $1.4M this season. Robinson came out of nowhere to shoot almost 45% on 3-pointers in his 2nd season at age 25.

What about the Knicks? 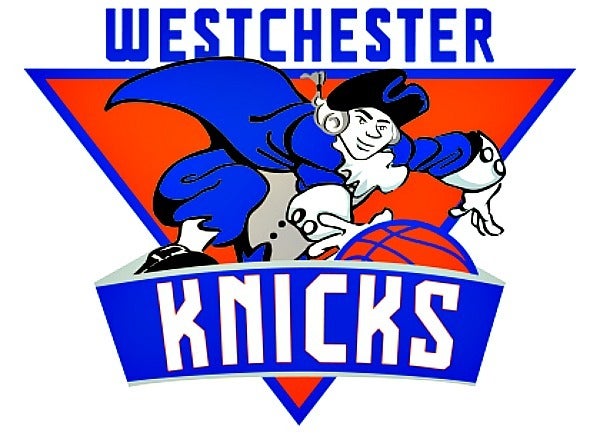 The ironic part of the Knicks development issue is that Westchester isn’t the problem. The Westchester Knicks are viewed as one of the better run franchises in the G-League. It’s a shame that we didn’t get to see Iggy, Lamar Peters or Kenny Wooten show what they could do against NBA competition. But we’ve seen Kadeem Allen contribute when called upon. Damyean Dotson also played better than expected considering were he was drafted. They were able to take advantage of the close proximity between the two franchises to shuttle back and forth to get more experience.

The Knicks need to exploit that advantage. Why was it okay to send Dotson to Westchester to get more reps, but not Frank? The same could be said for Knox this season. The Knicks need to stop worrying about what the media thinks and utilize their advantage to help the young players that are not getting enough playing time. Look what Westchester did for Iggy’s value. He barely played with the Knicks this season, but it increased because he light it up at Westchester. That is exactly what the Raptors do, they shuttle players back and forth to apply the skills they are being taught. It’s something the Miami Heat wish they could do, their G-League team the Skyforce plays in Sioux Falls, South Dakota.

The last aspect of development we’ll touch upon is role. The great teams identity what a player is good at and they cast them in that role. It sounds easy, but for whatever reason, teams are always asking players to fit the coach’s needs instead of the other way around. Forget basketball for a moment and look at the New England Patriots. They are consistently taking players that were busts on other teams and finding a way to make them shine. When asked how they are able to do that, Bill Belichick just says that he focuses on what a player does well and creates a role for them.

Sounds simple right? But look at the Knicks. They draft Frank who is a fit for the triangle offense, then try to change him. What would it have cost them to allow him to contribute in the role that he is best suited for then slowly build on his skill set? The same could be said for most of the players on the roster. Having Julius “no handle” Randle as he is affectionately known running the offense was ludicrous. He needed to be on the block and playing a good portion of his minutes as the Bully Ball Center.

As discussed in part I, it is extremely difficult to sign star free agents. Nowadays you not only need talent to trade for talent, but you also need it on the roster to attract the top free agents. No star wants to join a team that doesn’t have a chance to win a championship. The reality is that the day the Knicks develop their own talent and create value on the roster is the day they will become a destination for star players and will be competing for championships.