The Knicks have not been shy about their long term plans. The front office is going to be aggressive looking to improve the team. Trade partners have different needs around the NBA. The Knicks have been smart to accrue assets that may be attractive to a wide range of teams. Their assets range from young players, veterans on good contracts, draft picks, cap flexibility, and the willingness to facilitate trades.

I have assembled what I believe are the top 20 assets the Knicks have currently have. Some of these assets can help teams achieve financial objectives as well and/or improve their chances of advancing in the playoffs. How would you rank the Knick’s current assets? You can view the Knicks assets and salary here

RJ Barrett is not the Knick best player right now, but he is their top asset. So far in the 2020-2021 season, he has been a legitimate 20 point threat every night. He has shown growth in and consistency in his game. What makes him so valuable? He has 3 years until a qualifying offer is needed for him. That low-cost runway until his extension makes him extremely attractive to potential teams. His relatively low salary and potential ceiling have put him atop of the assets for the Knicks. It goes beyond the belief if any individual believes that he is a future all-star.

He has shown he can have dominating performances and that all-star potential is there. At 20 years old is one of the youngest players in the NBA. The New York Knicks are not actively shopping RJ Barrett, but if the Knicks are looking at star players, his name would be the top asset to other teams in return.

We are only 2 months removed from the 2020 NBA draft and Immanuel Quickley has become a fan favorite. His draft position of #25 doesn’t make him any less valuable. In fact, his low draft position makes him even more valuable. The NBA uses a rookie scale for paying rookies. That means his salary for the next few seasons is significantly less than the top-picked rookies of 2020. It may be odd that a backup player is the 2nd most valuable asset on a team.

Quickley has taken to the point guard position and thrived. The point guard position has become the most critical position in the NBA. This Sunday he posted a career-high of 31 points in only 24 minutes. For the Knicks, he may be untouchable, but for other teams, he would be a very desirable asset that they would covet.

This season has been nothing less than stellar for Julius Randle. In the minds of Knicks fans and NBA pundits, he has elevated his game. It goes beyond the numbers, Julius Randle has contributed to winning. He is giving all-star production for less than an all-star salary. If he sustains his play, he will be considered a bargain contract in the league. Right now he is the 3rd best asset and can climb higher by just maintaining his play for the entire season. It seems unlikely his opt-out clause will be used this summer unless it’s being exercised for a contract extension. 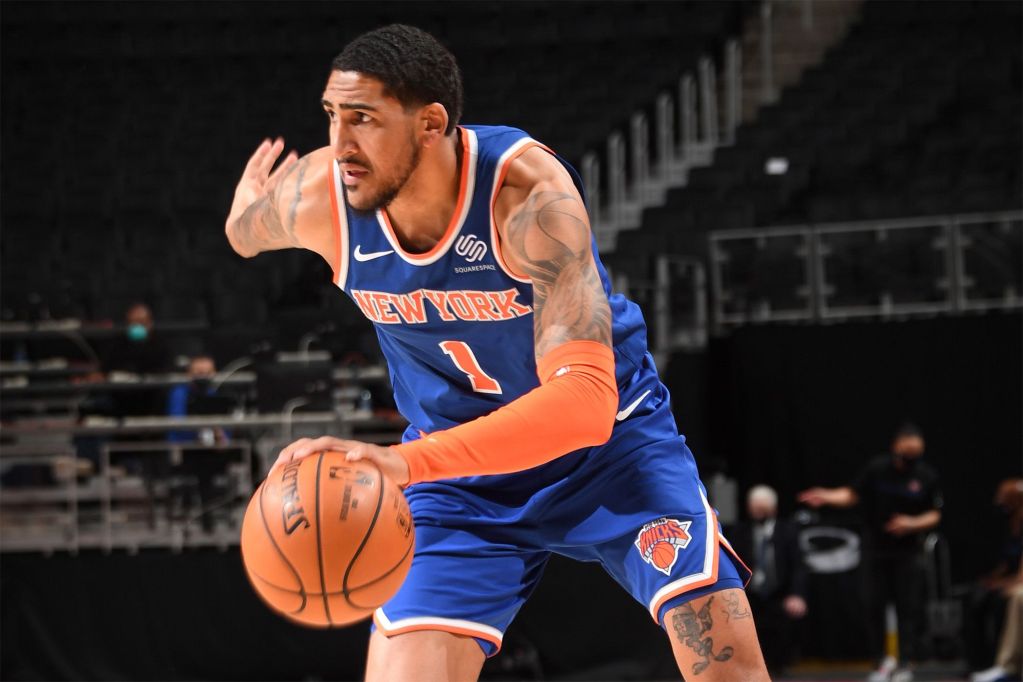 Obi Toppin is probably the Knick’s 2nd most untouchable asset, but he ranks as the 4th best asset on the Knicks roster. Assets are not always highly valued for their production, but for potential. In the case of Obi Toppin, there is still a lot of mystery when it comes to his potential. His draft position will keep his value high this season. The Knicks picked him at #8 which is considered a slip from where he was expected to be drafted. He has missed time to a strained right calf. With the emergence of Julius Randle, he may not be a focus on offense this season.

Mitchell Robinson has been nothing short of an enigma in his early career. This season he has taken some serious strides in his game. He is much improved at staying on the floor by being less foul prone. He’s averaging 6 more minutes per game due to less fouling. His points and blocks are slightly down this season, but he is a much better player. His improved impact can’t be measured on the stat sheet. He is learning to impact the game without hunting blocks. Mitchell Robinson is on his rookie contract but is extension eligible summer. If a team were interested in him they would be figuring to sign him to a long-term extension. There’s also a team option for next season, however, if a team opted in, he would be an unrestricted free agent at the end of next season.

Undoubtedly the Knick’s top draft asset is their own pick this year. The Knicks heading into the year were not expected to make the playoffs. This is a highly anticipated draft due to the depth of talent. The Knicks currently have 2 first-round picks this season since they received Dallas 2021 1st in the Kristaps Porzingis trade.

These picks have roughly the same value. The Knicks currently are a rebuilding team. At some point, they are expected to make the playoffs. Most teams would not count on trading for one of these picks and expect them to be in the lottery. 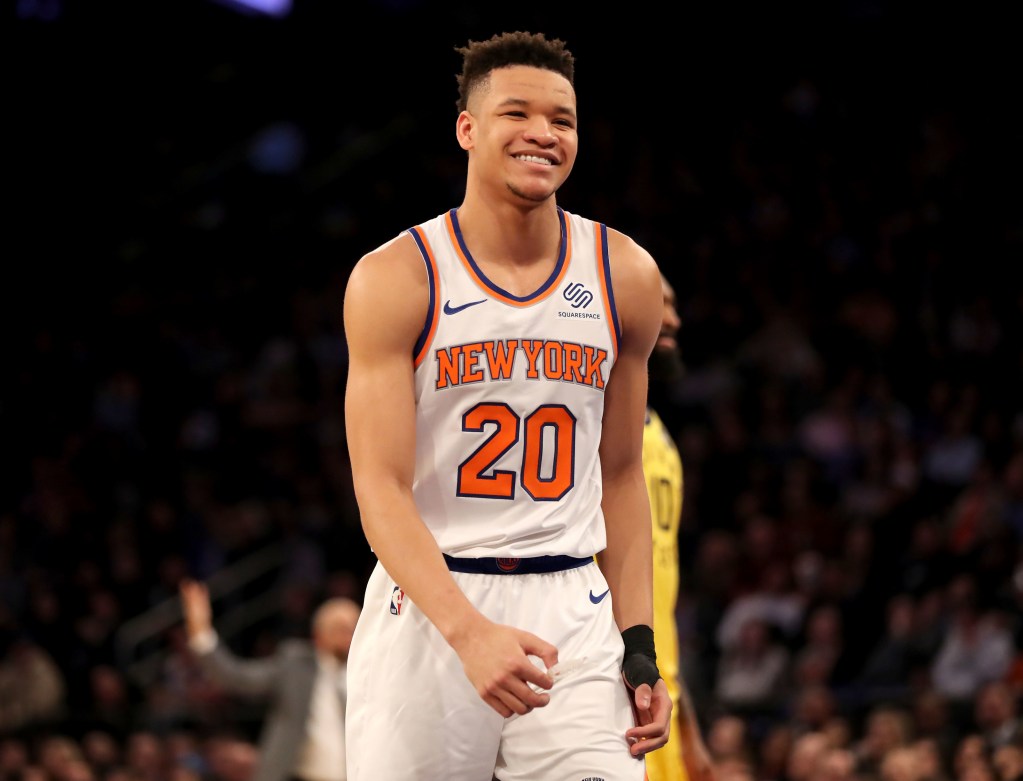 The 2019-2020 season was a disaster for Kevin Knox. He came into that season expecting to be a big contributor. He had a year where he looked lost. Over the 8 months, Kevin Knox had to work hard to come back to relevance with the Knicks. He is shooting 42% from 3 point territory this season. He has 2 more years under a rookie contract after this and is contract extension eligible in 2022-2023. His young age and height are valuable in the NBA. That makes him our 8th most valuable asset.

The 2021 unrestricted 1st round pick is an intriguing prospect. The Dallas Mavericks are expected to make the playoffs. Barring an unexpected injury to Porzingis or Doncic, this pick should be in the middle of 1st round. With a deep draft class, even this pick has more weight in trades more than most years. If the Knicks do decide to upgrade for a star this asset most likely will be included. The Knicks received this pick as part of the Kristaps Porzingis trade. The pick does not have ANY protections. That means wherever it lands the Knicks will have rights to the draft pick. Currently, the Dallas Mavericks are 8-8 and in the 9th place in the West.

Alec Burks may have been the Knick’s best bargain free-agent acquisition this season. He has shown his last season was not a fluke. His health has been a question mark but his shooting has been remarkable. When he isn’t in the lineup it is a noticeable difference. He can be a big boost for any contender closer to the trade deadline looking for shooting. It will be interesting to see if the Knicks flip Alec Burks like they did Marcus Morris last season.

Austin Rivers has become one of Tom Thibadeau’s favorite players off the bench. The Knicks signed Austin Rivers to a team-friendly 3 year / $10M deal. There is a very little chance Austin Rivers is moved.

The Knicks currently are scheduled to pick five picks between the two rounds of the 2023 NBA Draft. Three of those picks are 2nd rounders. What makes the 2023 draft special? It is expected to included players making the jump from high school. It is being called the “double draft” because it essentially is 2 classes of players looking to enter the NBA. These lower picks will have added value for this year. 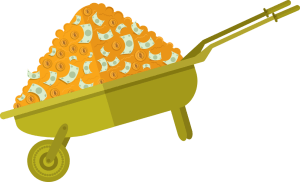 Knicks management were creative using cap space to acquire picks during the draft and free agency. The Knicks still have substantial cap space they can use. The Knicks won’t be the only teams trying such a strategy. The Oklahoma City Thunder still have $13.5M in cap space compared to the Knick’s $19M in cap space. Both teams have been aggressive in seeking deals to continue to accumulate assets.

The veteran defender still has value around the league. He has been a good compliment as a backup to Mitchell Robinson. Will the Knicks look to secure him to a long-term deal this summer? Nerlens Noel is currently on a 1-year deal worth $5M. This has been his lowest-scoring season in the NBA. His value may increase with more playing time.

The Knicks took a calculated gamble signing Reggie Bullock last season. They allowed him to get fully healthy knowing he would miss a significant part of the 2019-2020 season. This year Tom  Thibadeau has entrusted him as being part of the starting unit. He would be a good low-cost pickup for a contender as we move closer to the trade deadline. He has done well as a defender and his quick shooting keeps defenses honest. He is in the 2nd year of a 2 year contract. He is an unrestricted free agent this summer.

No Knick draftee has signed a contract beyond their rookie deal. Charlie Ward was the last rookie to be extended in 1998. It’s uncertain if that streak will continue. There were rumors that the Knicks were interested in dealing Frank Ntilikina earlier in the year. He is being used as a defender when needed. He has not been able to take advantage of injury absences because he has been injured as well. On Sunday, January 24th he was listed as active. He could be dealt as a defender for a contending team or as an expiring contract for a team looking to cut payroll as the year progresses. 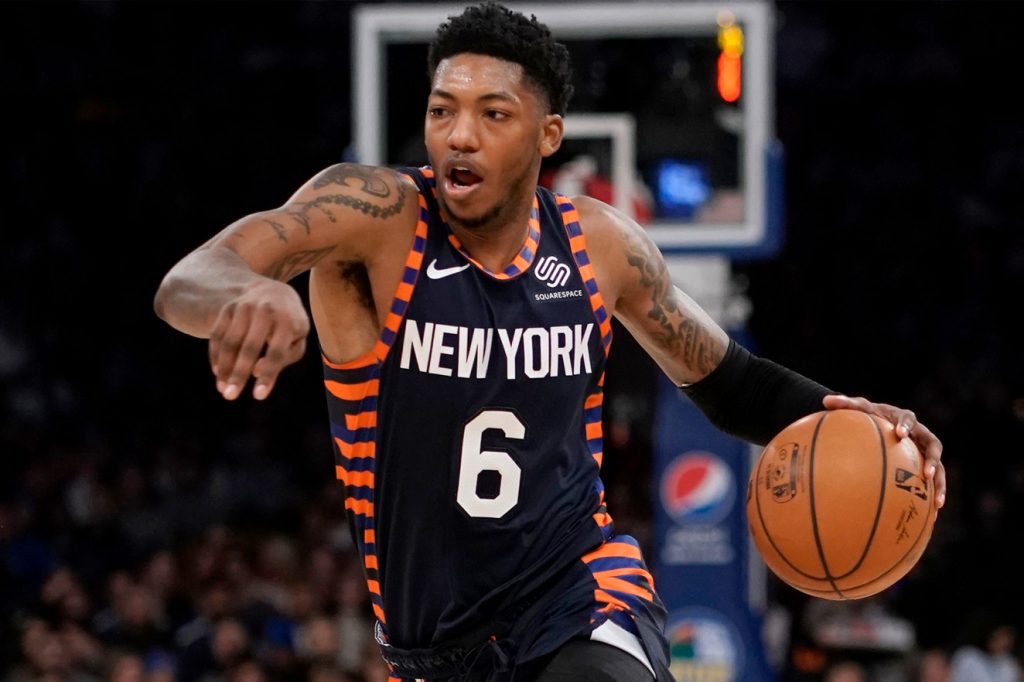 Elfrid Payton is the starting point guard for the New York Knicks. Sadly, there are not many other teams he would start for. His one year deal also has a no-trade clause. That means he must agree to be traded. He is a good defender which could be an asset for a contending team. His salary is a modest $6M.

The preseason positivity for Dennis Smith Jr. has quickly faded. His quad injury took him out of the rotation and he hasn’t had the opportunity to work his way back into the rotation. With the emergence of Immanuel Quickly it is tough to see a scenario that he gets many opportunities to make his way back into the rotation. Dennis Smith Jr. contract expires at the end of the year if he’s not extended a qualifying offer. At a minimum, he is an expiring deal for another team.

Do you think there is an asset that is missing out of the top 20?