The New York Knicks routed the Boston Celtics 105-75 at the TD Garden behind strong performances from Julius Randle, RJ Barrett, Immanuel Quickley and Obi Toppin. The rookie connection between Quickley and Toppin began to gain steam during the lopsided victory. Quickley, the former Kentucky Wildcat finished with 17-points and 8-assists. Toppin, the former Dayton “High” Flyer finished with 12-points and 5-rebounds in 17-minutes of action off the bench. Quickley started the fourth quarter with a statement pick & roll play which ended up with Toppin nearly tearing down the rim with a monstrous two handed dunk shown at the 1:46 mark in the footage below.

Quickley to Toppin and then Obi just destroyed the rim 🔥😤 pic.twitter.com/UD1J8XtZ1J

During the second quarter of this dominating performance, Quickley also connected on an alley-hoop to Toppin.

Just inject this IQ to Obi into my veins 😱😱😱 pic.twitter.com/5roz8cXyBR 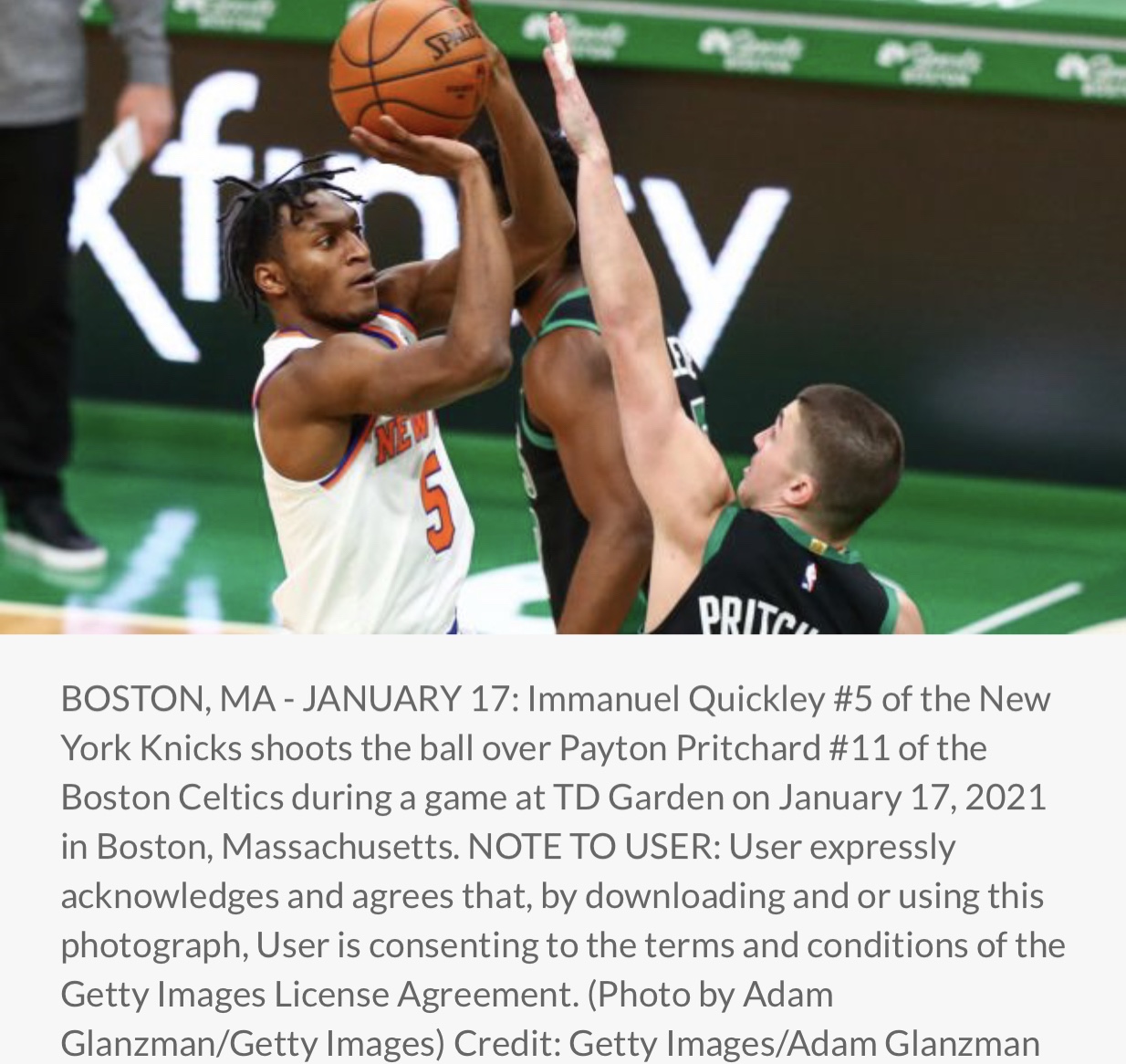 The 8th overall pick and the 25th overall pick in the previous NBA draft for the Knicks are rapidly building chemistry. The two haven’t played together long, however, the cohesiveness they possess while on the court together is something Knick fans must keep their eyes on. As they get even more familiar with each other’s style of play, there connection could become even more dangerous for opposing coaches and defenses in the future.

During the post game conference, a reporter for Newsday by the name of Steve Popper asked Coach Tom Thibodeau the following.

You’re putting the work in with a five-game losing streak, how happy are you for them to see results like this come up and a game like this start to finish?

Tom Thibodeau responded with the following.

I’ve told our players this, the way they’re practicing, the attitude, the approach, and how they’re practicing has been a positive. You know, I thought going to Cleveland, I thought we were ready to play, I thought we were terrific in the shoot-around, and we played well enough to win on the road, it’s not easy to win on the road and we didn’t close out the game the way we would’ve liked, and then yesterday in practice, I thought they were terrific, so as long as we’re doing the right things, I know we’ll improve and we’ll keep getting better. But I love the attitude and I love the approach of the guys that we have and we had a number of guys step and play really well today and obviously our bench play have been very strong. It was really nice to see the way Obi played and Quick, and that adds a lot to our team, and we’re starting to find a rhythm. I thought the defense was terrific. So, if we defend and we rebound, and share the ball, good things will happen for us. 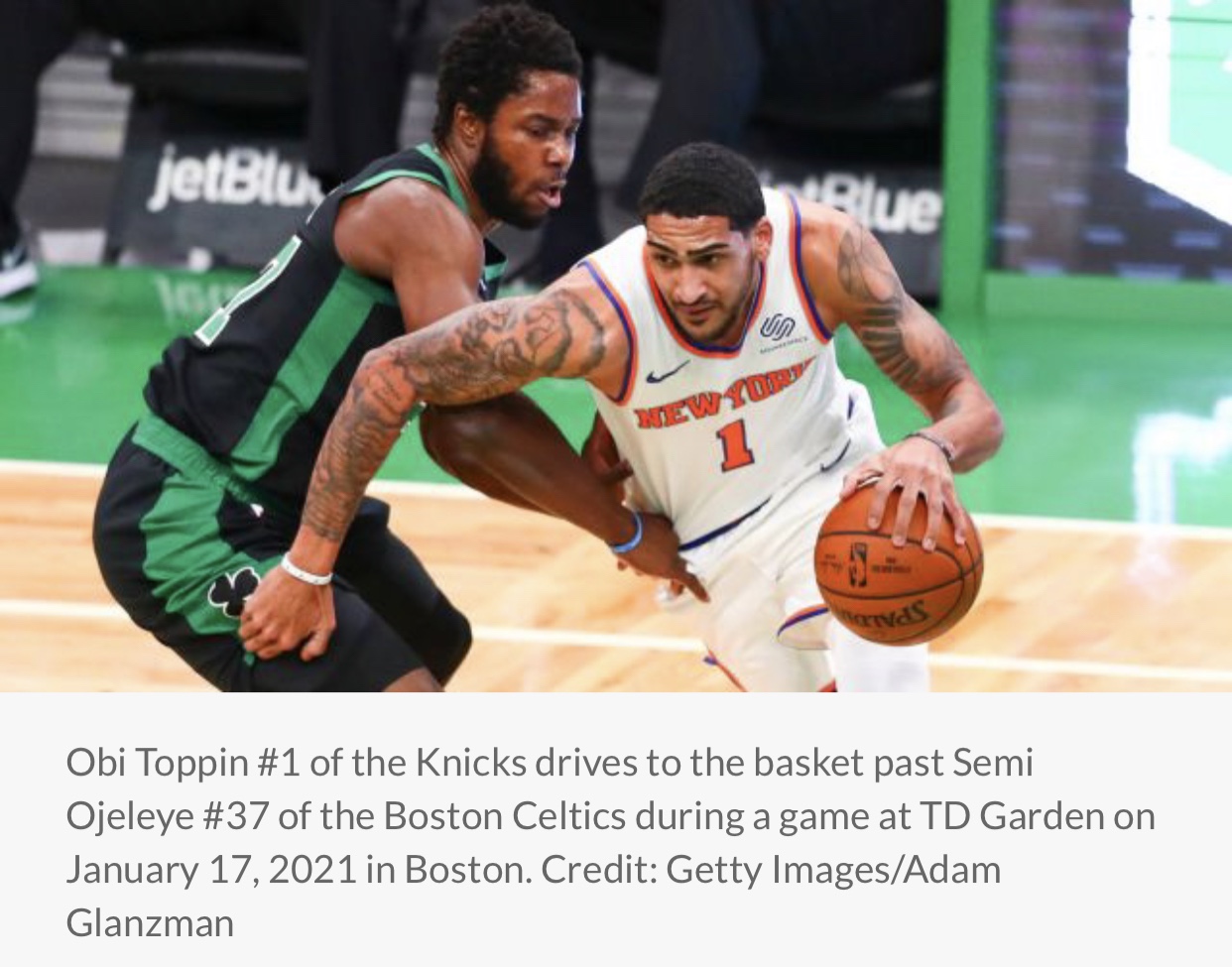 Tom Thibodeau is the perfect coach for the Knicks two first round draft picks in Toppin and Quickley. The emphasis Thibs puts on practice is encouraging to see as a Knick fan. The rookies are learning the importance of approaching the games and practices with the right attitude. A continuance of understanding the little things such as how to approach practice, will lead to a winning culture in New York City with Coach Thibodeau at the helm. 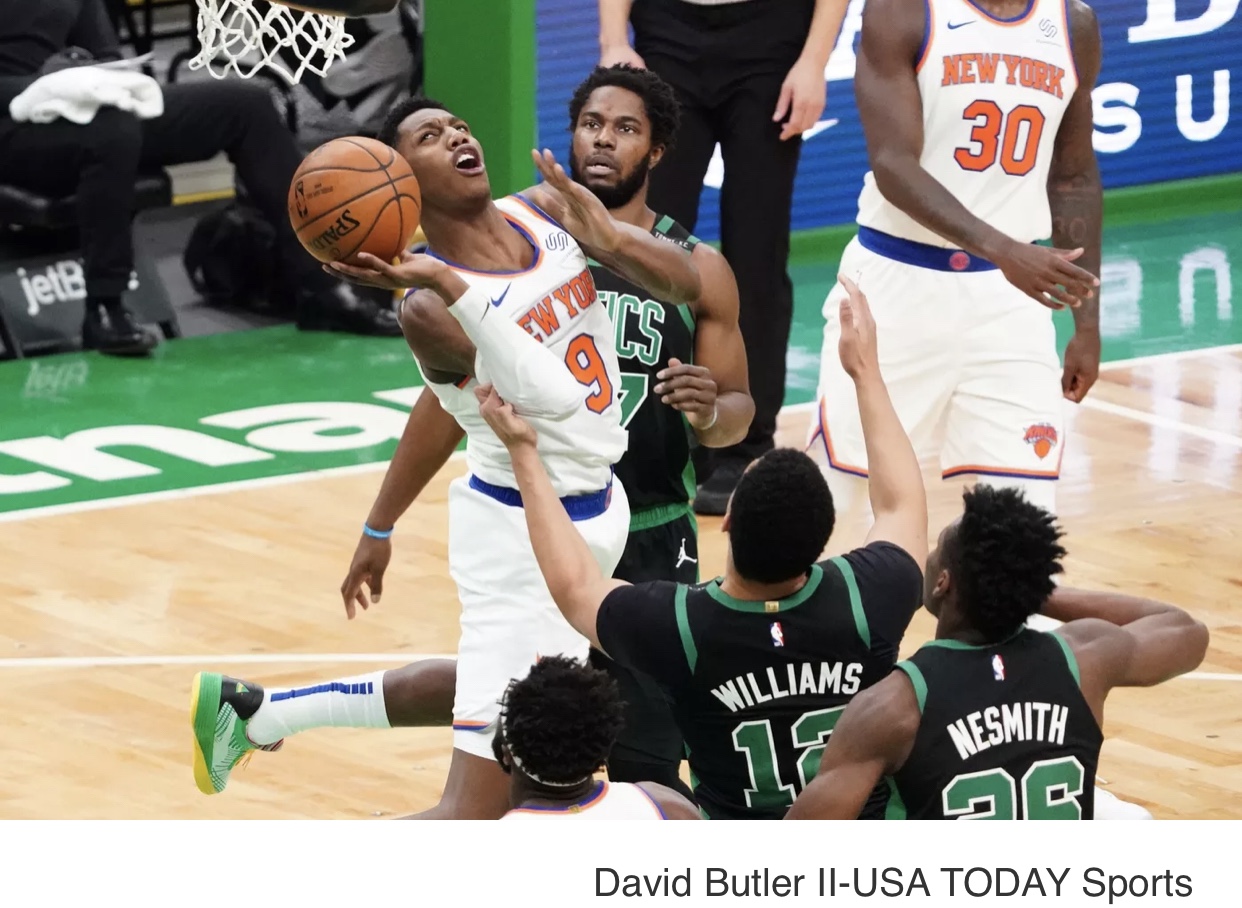 RJ Barrett and Julius Randle finished with 19-points and 20-points respectively. Randle played 31-minutes and RJ Barrett played 29-minutes during the onslaught which took place in Boston at the TD Garden. Elfrid Payton played 23-minutes while Immanuel Quickley played 21-minutes. Obi Toppin got has feet wet with 17-minutes as I mentioned earlier in this article. As Toppin works his way back into game conditioning shape, the Knicks have Alec Burks returning soon as he ramps up work during practices. The Knicks full depth is slowly coming back. Minutes will hopefully be distributed a little more evenly, and hopefully chemistry continues to improve throughout the roster so that a rotation expansion from 8-players to 9-players become the new routine when Thibs decides to go to his bench. 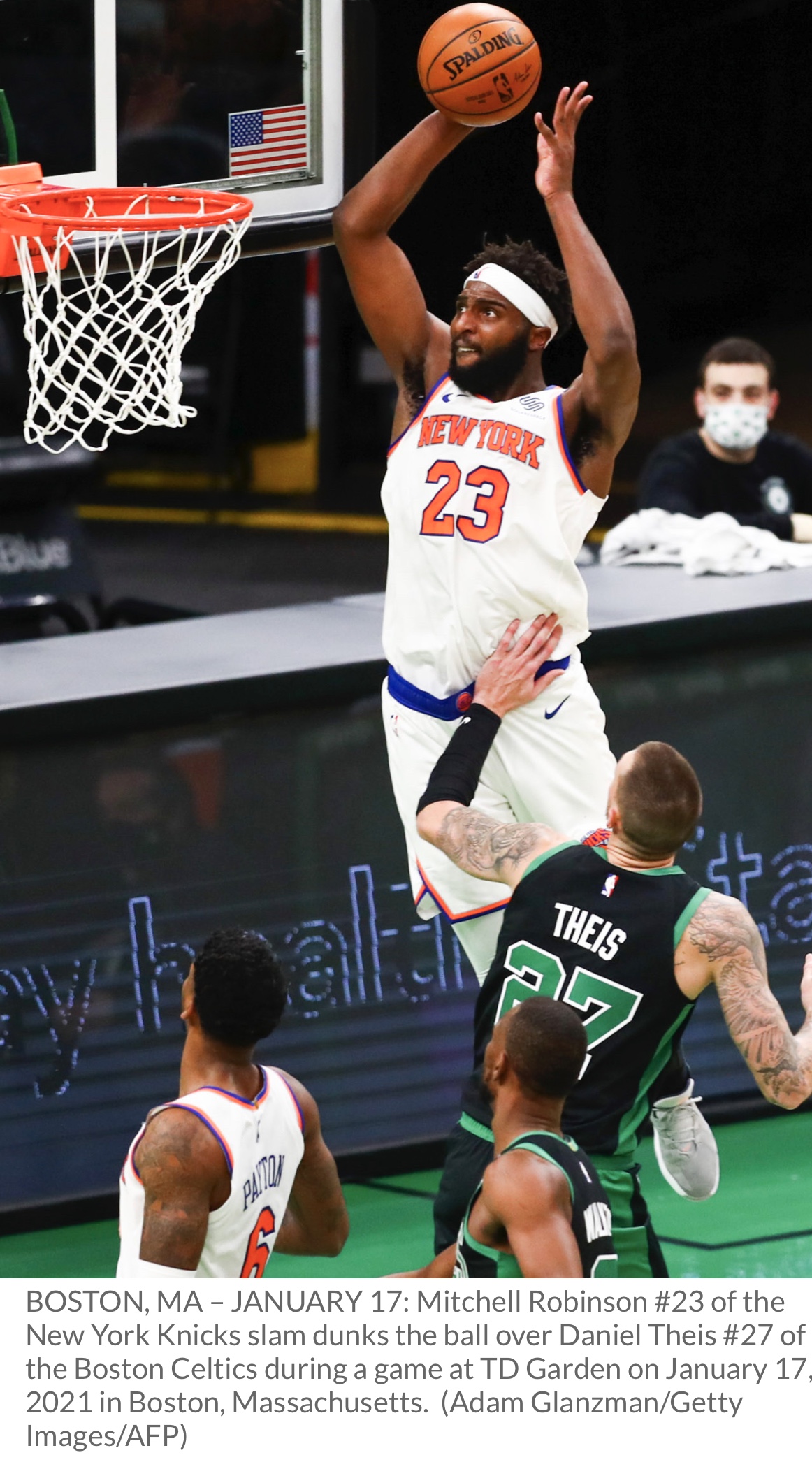 Mitchell Robinson went down early in the first quarter, however, he was able to come back into the game with a slight limp and be effective as he finished 4-5 from the field along with 8-points, 7-rebounds, and 2-blocks. Mitchell Robinson protected the paint and played a very efficient game against the Celtics. He finished with 4-fouls.

Overall, Celtic fans must be infuriated about the embarrassing thirty point loss, just in time for Kemba Walker’s season debut against a banged- up New York Knick team that was in the midst of a five game losing streak. The Celtics missed Jason Tatum dearly, however, the Knicks were a step ahead of the Celtics most of the game. The men in orange and blue must bring the same energy back to Madison Square Garden in New York City against Cole Anthony, Nikola Vucevic, and the Orlando Magic on Martin Luther King day, January 18th 2021.

If Melo stays, how will coach Hornacek utilize him next season?

New York Knicks: Keys to Victory Against the Phoenix Suns.

If Melo stays, how will coach Hornacek utilize him next season?

New York Knicks: Keys to Victory Against the Phoenix Suns.