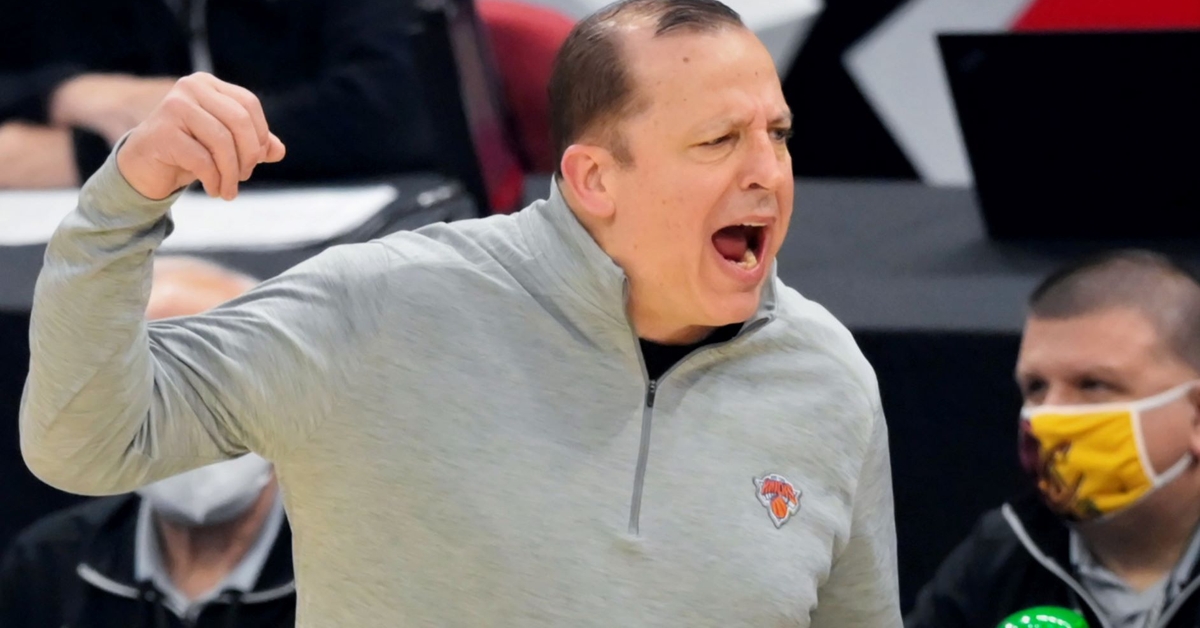 Photo courtesy of SNY.TVThis season has been amazing, it’s been a long time since I have experienced so many highs and lows. I have literally felt my stomach turning during the last week of games with the exception of Detroit, which was a much needed break.

Trying to write about this team is even harder. I was going to criticize Thibs for overworking Randle and Barrett after the Knicks came up short against Minnesota and Dallas. But, as I started writing about how the team looked tired and slow, they bounced back and looked focused and sharp against Detroit in the 2nd game of a back-to-back.

Before the game against Brooklyn the Knicks were the 6th seed, and only 1 game behind Atlanta and Miami for the 4th seed. But after the disappointing loss to a depleted Nets team, followed by a loss to the Boston Celtics, the Knicks are now the 8th seed.

The loss to Brooklyn left a bitter taste as they are the reminder of what the Knicks could be if they had been managed correctly. I still stand by what I wrote “New York Knick fans should be happy that the Brooklyn Nets are good“. It is true in the long run, but it’s a bitter experience in the present. However, instead of dwelling on the low points of the season, I am going to choose to focus on the highs, as I refuse to let my Knicks’ PTSD start up again.

The Highs – Making the Playoffs

The Knicks are currently in position to do something they haven’t done since the 2012-13 season, make the playoffs. Even though I wanted the Knicks to have another shot at a good lottery pick, especially in a good draft. It would be a great feeling to end the playoff drought. After all, Brooklyn just needed to have 1 winning season to turn around their franchise.

The Knicks are currently 2 games under .500 at 25-27, but are in 8th place in the East. Chicago, the 10th place team which is good enough to qualify for the expanded playoffs this season is 2.5 games behind the Knicks with 23 games left in their season.

The good news is that New York only has 1 head-to-head match up left with Chicago. What also favors New York is that while they have one of the toughest seasons in the 2nd half of the season, Chicago’s isn’t much easier.

As we talked about in the 2nd Half Schedule Preview, the West Coast road trip at the end of the season is brutal. That is why it is imperative that the Knicks stay above water over the next 10 games. However, it will be tough as there are no easy games coming up.

But, the Bulls next 10 games are also tough, they only have two games against really bad teams; Orlando and Minnesota. So while the Knick fans can lament about not having Mitchell Robinson for the rest of the season. They will not have to play against LeBron, and maybe Anthony Davis as well when the Lakers come to Madison Square Garden on April 12th. Kristaps Porzingis (KP) might still be out when they play Dallas again in less than two weeks. When they play Charlotte on April 20th, they will be missing two of their best players, LaMelo Ball, out for the season, and Gordon Hayward is out for at least 4 weeks with a sprained foot. So the Knicks have a chance to gain ground on Charlotte which is only 2 games ahead of them in the standings.

As for the other team chasing the Knicks for playoff seeding, the Indiana Pacers. They are only 1 game back, but they didn’t make any trade to upgrade their roster. As Caitlin Cooper, a writer that covers the Pacers for SB Nation mentioned on Pod Strickland. The Pacers desperately needed a stretch 4 that can defend. They missed out on Aaron Gordon who was traded to Denver by the Orlando Magic. The Pacers also got bad news as it was confirmed that T.J. Warren will miss the rest of the season due to a stress fracture in his left foot. So the Pacers loss is the Knicks’ gain.

As for the 11th seeded team, the Raptors. They are now 3.5 games behind the Knicks and 2 game behind Chicago. They do play the Knicks twice in the next 10 games, so the Knicks should be fine if they just split those two games at MSG.

This season has not gone as expected, but in more good ways than bad. Sure we wanted to see Mitch, Frank, Knox, and Obi play larger roles in the team’s success. But they are developing a winning mentality and habits as Julius Randle mentioned in his Player’s Tribune article “Reputation”. So while the kids are not getting much time on the court this season, they will all develop into good pros in the near future. Then there are the two young guys that are playing well: R.J. and I.Q.. Barrett has made major strides and is only 20 years old. Quickley has been the steal of the draft and a God sent for the Knicks. Then there is Julius who went from salary dump to all-star.

Say what you will about Thibs, he has changed the culture and given Knick fans a sense of security by proving we have a really good coach who gets and loves New York. No matter how the ride ends this season, it has been fun and exciting for a change.