Everyone is watching “The Last Dance” documentary on ESPN, it’s great because it takes us back not only to the Bulls’ glory days but also to the last great era in Knicks’ basketball. Both franchises were involved in epic battles throughout the 1990s. While the Bulls went on to win 6 championships, the Knicks made the playoffs every season in the decade including two trips to the Finals. That era now seems like a distant memory or a childhood dream as both franchises have descended from the NBA’s elite to afterthoughts.

It is hard to imagine that these two historic franchises which are in two of the NBA’s most desirable markets have not had more success in the 21st century. The Bulls have no one to blame but their owner Jerry Reinsdorf. His treatment of Michael Jordan and the other stars of those championship teams has tarnished the Bulls’ brand. No star player wants the pressure of playing for the Bulls, especially for an unappreciative owner.

As for the Knicks, their impatience has led to a series of bad decisions. They think that the bright lights of New York will attract free agents. However, the appeal of playing in the Garden has changed thanks to Reggie Miller. He became famous for playing great against the Knicks. Players have realized that they can make a name for themselves just by playing well in New York, not for New York. Why subject yourself  to the constant criticism that comes with playing for the home team when you can just visit the Garden and earn some shine by lighting up the Knicks.

Now, as we start a new decade, both franchises are at it again, hoping to find a path back to glory. It is ironic that the same issues that are plaguing both franchises; bad leadership, lack of stars, a good stretch four and a true point guard.

Jerry Reinsdorf has ceded control to his son Michael, who has made the wise decision to distance himself from his dad’s old cronies. While the Knicks get criticized for having too much turnover, the opposite is said about the Bulls. They get roasted for not hiring anyone outside of Reinsdorf’s inner circle.

Michael Reinsdorf has hired an outsider to run basketball operations, Arturas Karnisovas, the GM of the Denver Nuggets. Then Karnisovas and Reinsdorf addressed the other criticism of the organization, which is lack of diversity in leadership positions. They just hired a minority to replace Gar Forman as the new GM of the team, Marc Eversley, assistant GM of the Sixers

Dolan also hired a new president of basketball operations, his 3rd time in 6 seasons that doesn’t have front office experience. He brought in Leon Rose, one of the most powerful agents in the NBA. Rose just hired Brock Aller, the Cavaliers capologist who is highly regarded around the league.

These front office hires that have brought new hope to both franchises will now be competing directly for the same talent.

The Knicks had an issue with their young European big man Kristaps Porzingis (KP) and ended up trading him away to Dallas for what currently looks like pennies on the dollar. This offseason it looks like the Bulls will be in a similar situation  with their’s, Lauri Markkanen. Both players have had trouble staying healthy, disagreements with management and were coming up on extensions. The Bulls will look to handle theirs better than the Knicks did, but it appears that they will be moving on as well.

Enter Christian Wood, the name that is at the top of both teams’ lists. The young promising power forward from the Pistons is an unrestricted free agent. While it appears unlikely that he will leave the the Pistons since they traded Andre Drummond to free up cap space to retain him. He does have options that are worth exploring if he wants to play in a larger market. Both teams have money to throw at him, the question is which team would he want to go to. Assuming that the contracts are the same, the Bulls would have a slight edge in talent as Zach LaVine is better than any of the Knicks young vets, however none of their lottery picks have the same upside as RJ and Mitch.

True Point Guards are born not made

The same can be said for the point guard position. The Bulls and the Knicks have been struggling to find a true point guard. Chris Dunn hasn’t worked out for the Bulls. Dennis Smith Jr. has been a disappointment and Frank Ntilikina’s offense is still a work in progress. Both teams would love to have LaMelo Ball running the point. Killian Hayes would be a nice second option. He might be especially intriguing to Arturas Karnisovas who has a better understanding of  international basketball than most executives in the NBA. Whoever lands the better player in this draft will be setup for long term success. 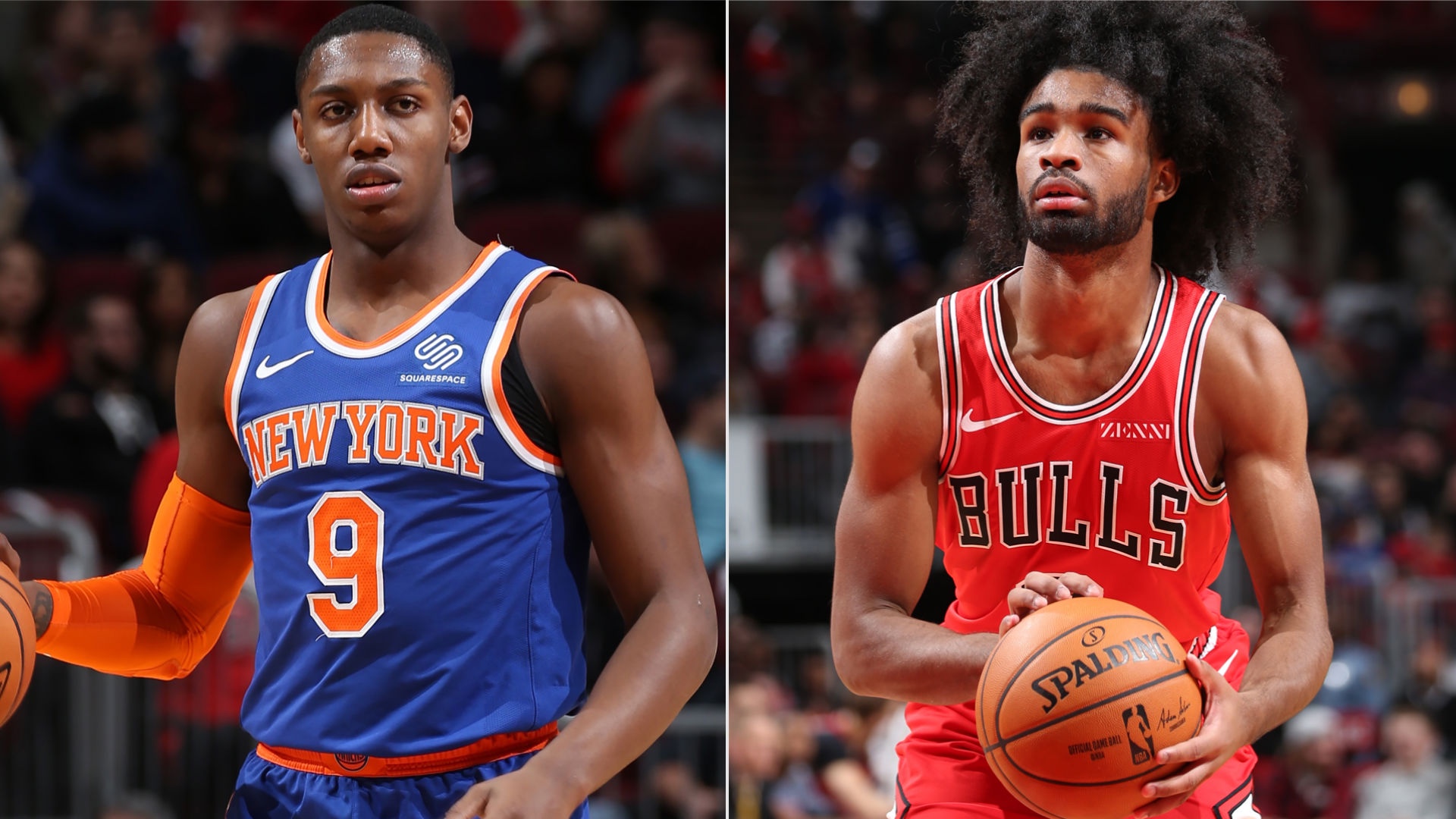 God knows how badly the NBA needs these two franchises to do well. The Eastern Conference has been an embarrassment since their demise. There has been little excitement since LeBron James left to join the Lakers. Kawhi gave us a reprieve for one season before he joined the other L.A. team. The viability of the East is dependent on these two franchises becoming contenders. But that will take good decisions and good fortune.

The Bulls dynasty has a lot to be grateful to New York for. Jordan was born in Brooklyn. Phil Jackson was hired by Krause because he wanted to replicate the playing style of Red Holzman’s Knick championship teams. Scottie Pippen was drafted with the lottery pick that originally belonged to the Knicks. Hopefully this time around New York will not do Chicago anymore favors. It would be great if the Knicks beat a really good Bulls’ team on the way to a couple of championships. Hey, I know it’s crazy but dreaming is the only thing that keeps Knick fans sane. Please click below for a video of our Xavier McDaniel interview where he touches on the Knicks/Bulls rivalry.