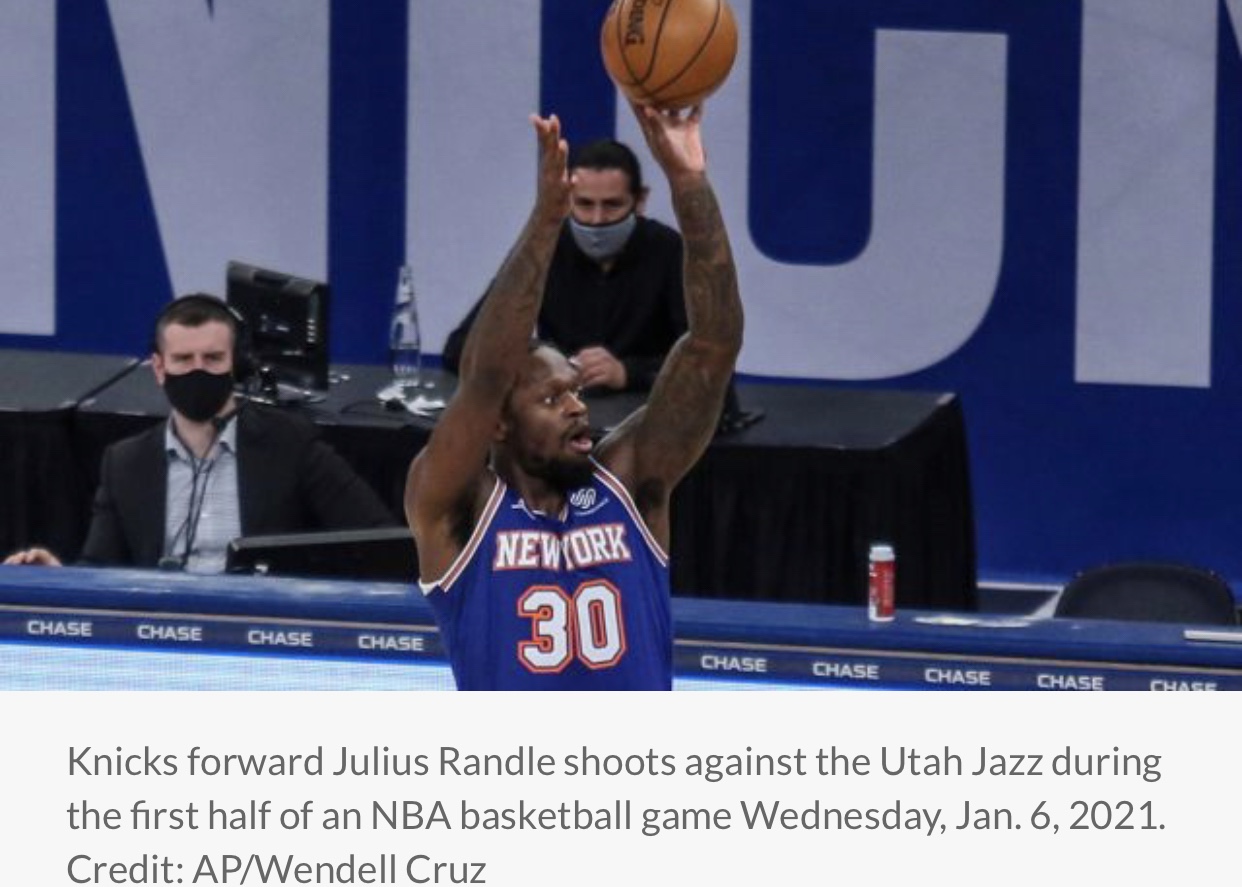 Many New York Knick fans wanted Julius Randle gone for pretty much the entirety of the 2019-2020 NBA season. Many others thought Leon Rose, Scott Perry and company would’ve shipped Randle on draft night after the Obi Toppin selection. However, the former Kentucky Wildcat power forward’s recent play showed how crucial solid coaching is for a young undefined team like the New York Knicks.

Tom Thibodeau’s approach is respected league-wide. Knick players understood Thibodeau’s emphasis on defense and conditioning since the first day of training camp. Many outsiders including media and fans weren’t sure if the addition of Coach Thibs would help Randle. In fact, some believed Randle would sulk while coming off the bench if he was even able to avoid being traded before the 2020-2021 NBA season.

Julius Randle has been scorching hot during this young Knicks season and he’s performing very well in multiple statistical categories. The chiseled Knick forward is averaging 23.1-points per game while adding exactly 12.0-rebounds each contest. Julius Randle also leads the team with 7.4-assists per game. Randle is currently leading the NBA in minutes (38.6) per contest. The 26-year old was the 7th overall pick selected in the 2014 NBA Draft and it seems as if he has finally found the right system, coach, and mindset. Randle is a pleasant surprise for Knick fans, as well as the NBA.

I’ve mentioned Randle being a possible dark horse candidate to improve under Head Coach Tom Thibodeau late July of 2020, and things look cautiously optimistic at the moment regarding Randle’s overall improvement on both ends of the court.

Tom Thibodeau’s Sturdy Coaching Style Makes It Easy For Players To Buy In. 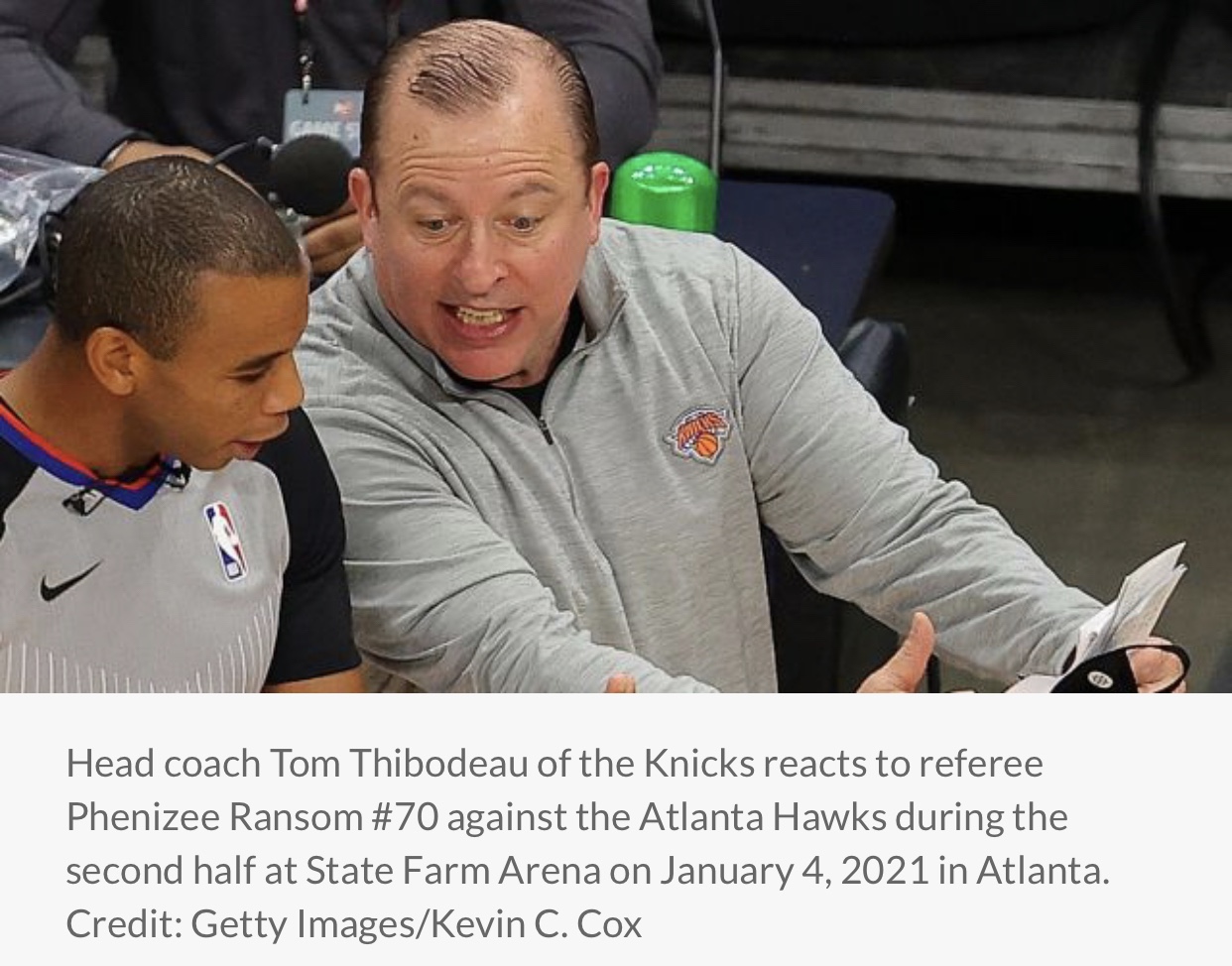 Accountability is a part of the entire Knicks coaching staff. Coach Thibodeau, assistant coaches Andy Greer, Mike Woodson, Kenny Payne, and Johnny Bryant are currently making it easy for the players to buy in due to their straightforward approach with each player. Everybody sporting the orange and blue is expected to practice hard and play the regular season games with real competitive fire. Thibs approach to the game is relentless in terms of preparation for an opponent. Knick practices are for the actual purpose of getting better day by day and game by game. Players work hard under Thibs. Hard work and unselfishness on both ends of the basketball court in practices leads to confidence in real regular season games. Selfless, confident play on both ends of the court during regular season games leads to something Knick fans haven’t seen in a very long time, competitiveness and victories. Knicks are in most games with a chance to win and they haven’t even scratched the surface with a fully healthy roster yet. What will happen when the Knicks really click and are able to really take advantage of their young depth? Could it lead to even more victories? Could the game possibly become even easier for everybody in the rotation? Knick fans deserve to be optimistic because there are no scam artists on the current coaching staff preaching one narrative to the media and doing the exact opposite behind closed doors in practices and locker rooms. Thibodeau’s trying to bring some resemblance of legitimacy and relevancy back to New York just like the days he was an assistant for the Knicks under former Head Coach Jeff Van Gundy during the 1998-1999 Knicks 8th seed championship run season. There’s reason to be optimistic as a Knick fan. 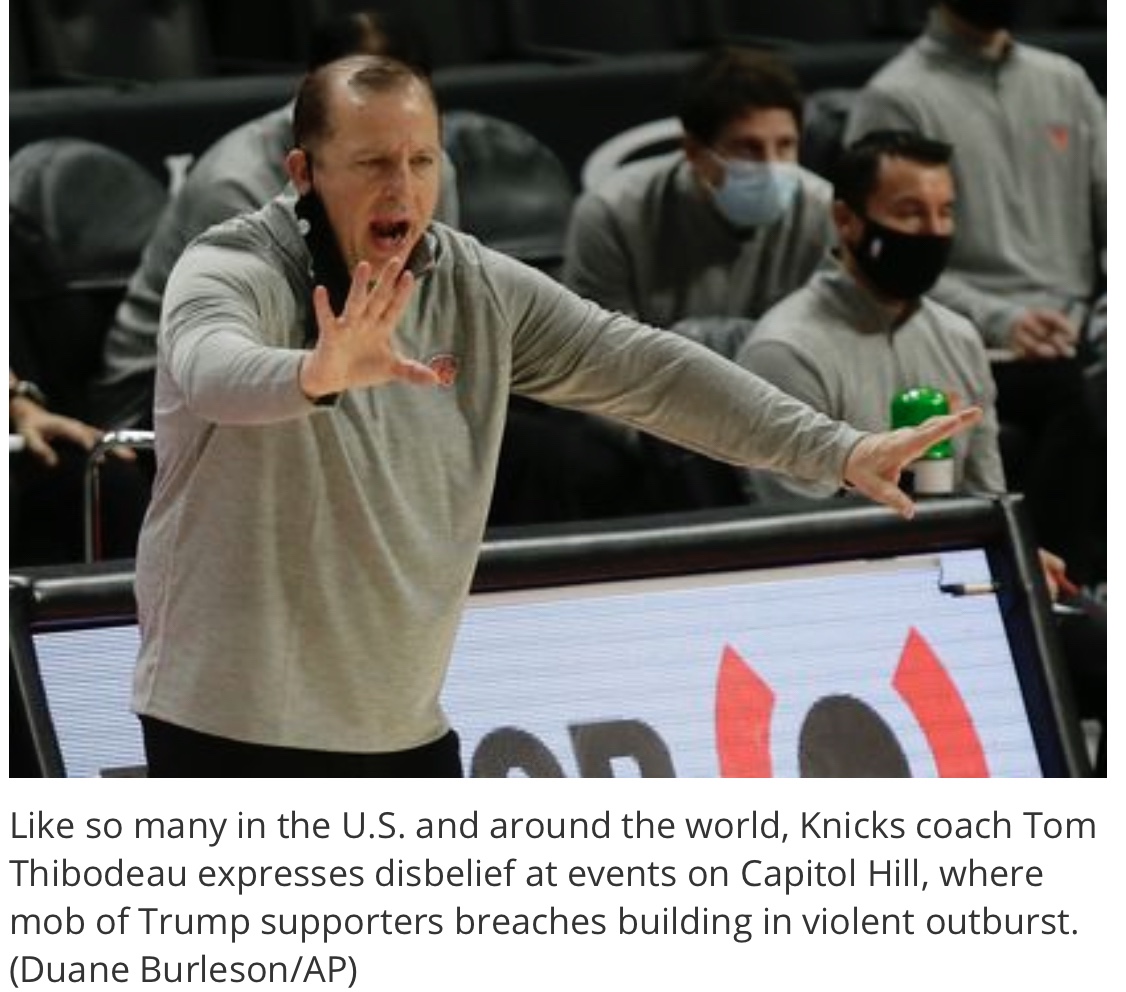 Amanda Hajjar of Knicks Digital asked Tom Thibodeau the following question after a Knicks victory against the Utah Jazz January 4th at MSG:

How important is it for you to have a deep team top to bottom that can come in and contribute off the bench or starting?

Thibodeau responded with the following:

It’s huge, and that’s the whole thing, we have a number of guys. Everyone is sacrificing something for the team, weather it’s shots, minutes, maybe it’s even the rotation, but there’s a togetherness to the team, there’s a workmanship that allows the team to work and get better each and everyday and there’s a great spirit. 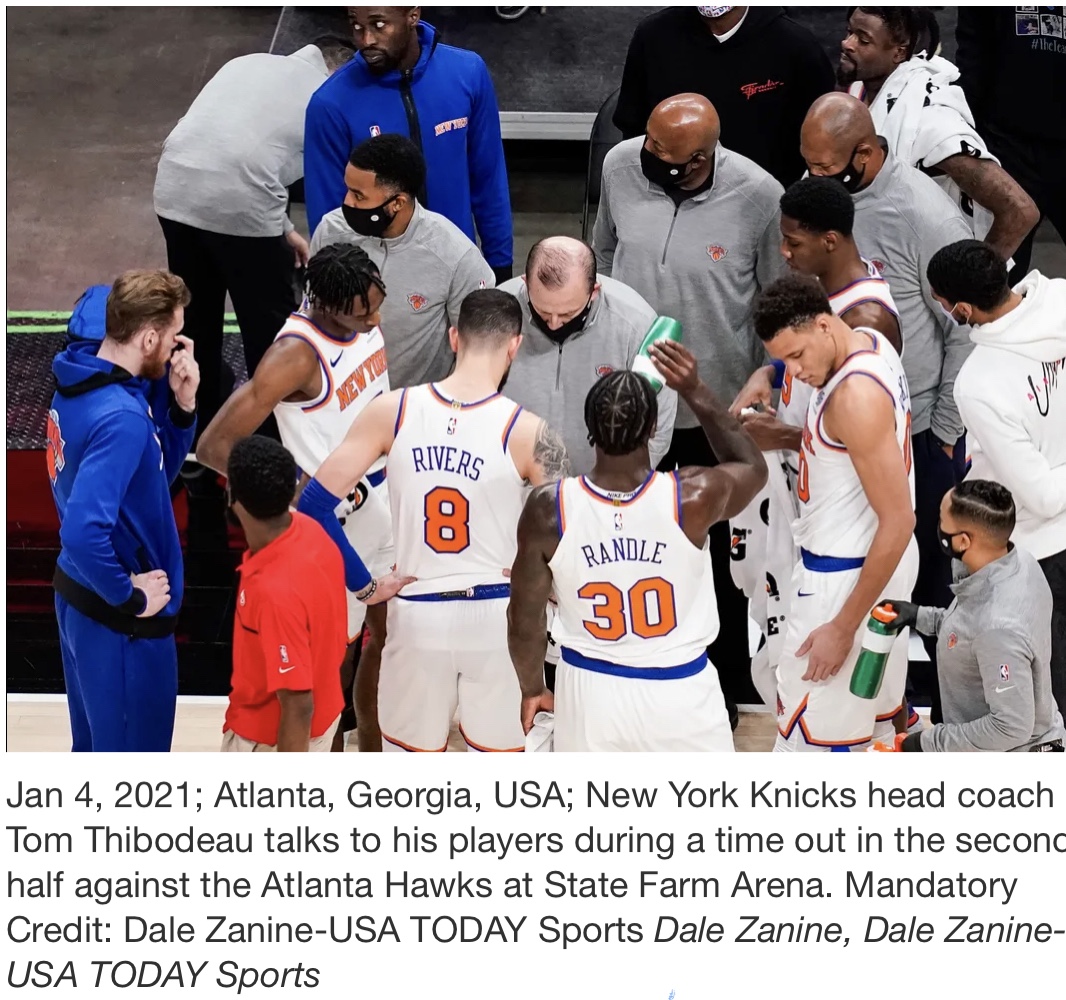 The Tom Thibodeau effect as some would call it has been in full effect and teams around the NBA May want to begin taking the New York Knicks a little more seriously. Matchup predictors like ESPN’s Basketball Power Index continues to predict losses for the Knicks. The sports betting industry will realize very soon the Knicks aren’t the same old Knicks from past years. This team has fully taken on the identity of their head coach. This makes them a very relentless, young and dangerous team with nothing to lose as this young NBA season continues.

New York Knicks: A Crucial Addition to the Last Line of Defense.

Dave Sheets - June 11, 2019
0
There appeared to be a different vibe emanating from the Garden with Scott Perry as the new general manager. It was a cool vibe, one that preached patience and had fans excited for the fresh garden of young budding flora and fauna.

Why the Knicks Should Draft Frank Ntilikina

Why the Knicks Should Draft Frank Ntilikina