What kind of support would you be willing to provide JD & The Straight Shot (James Dolan’s Band) in order to keep Dolan away from the Knicks? Poll Link here

That kumbaya feeling that’s been in the atmosphere for the past two and half years ended abruptly at halftime of the Cavs game on Sunday Nov 10th . That’s when owner James Dolan decided he didn’t like the direction the team was trending in and put everyone on notice. Unfortunately it was not surprising because it seemed like James Dolan was reverting back to being you know, James Dolan. However, it was a little disappointing as all the good will and credibility the organization had earned around the league appeared to have vanish in an instance. It felt like here we go again, same old Knicks. I am sure many of you were thinking the same thing I was. I just wish I could talk directly to James Dolan.

While it is not realistic to believe that any of us will ever have a face to face meeting with the owner of the Knicks, we as a society are more connected socially than ever before. So it might not be as far-fetched as you would think. But meeting someone and knowing what to say are two different things. In order to know what to say you first got to know who you are dealing with. Below is what I found out about Jim, that’s what I will call him once we become friends.

Who is James Dolan? 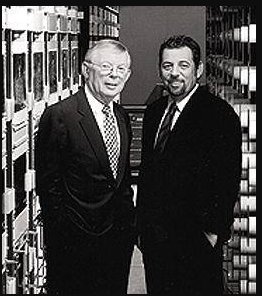 James Dolan is one of the few owners that grew up rooting for the team he owns. He might not have been a passionate basketball fan, but he knows what the Knicks mean to fellow New Yorkers. He was a teenager living in Long Island when the Knicks won their two NBA championships. He is someone that was raised in the shadow of his father, Charles Dolan, an entrepreneur who started a small company from his home in Cleveland and eventually became a mogul in the cable television industry. His uncle Larry Dolan was a successful attorney that now owns the Cleveland Indians. Those are two giants of industry to grow up around. Despite that Jim wanted to pursue his passion which was music but instead was pushed to study communications and to go into the family business. He learned the family business by starting at the ground level and eventually proved his acumen as a businessman when he opposed his father’s strategic vision for the company. It was a move that was risky both personally and professionally. But despite being proven right many people have refused to acknowledge his success. They preferred to paint him as a trust fund kid whose father left him the keys to the castle. It was easy for the stereotype to stick when you consider his well-documented battled with drugs and alcohol in his early adult life. It got so bad that in 1993 he checked himself into a rehab clinic in Minnesota. This is a guy that did not follow his dream and believes he has not been given the credit he has earned in his father’s profession. I am not trying excuse a lot of things he’s done. I don’t agree with how he treats some of the unruly fans and media types. I am just trying to provide context on why someone so powerful is more thin-skinned than you would expect.

What is Dolan thinking?

It’s got to be frustrating to have shown that you are a capable owner in hockey (Rangers), but be labeled a complete idiot in basketball, especially since it’s the sport everyone in New York cares about. His tenure with the Knicks got off to a bad start and has never recovered. Maybe he thought he needed to act like  George Steinbrenner? Possibly thought that New Yorkers didn’t have the patience for a normal rebuild? That he needed stars in order to sell tickets? Who knows? But what you can’t say is that he hasn’t tried. He has spent money on big name coaches and executives to run the team. He has also done something no one in the mainstream media ever gives him credit for. He has given qualified African Americans opportunities in front office positions which is not as common as you would think, even in a league as progressive as the NBA. When fans wanted him to back off, he did, and the results have still been disastrous.

I can understand why he blew up during the Cavs game. The man agreed to spend money on free agents in order to field a competitive team during the rebuild instead of pocketing the money or at least getting future assets in return for taking on bad contracts. Was it too much to ask the team he is bank rolling to give effort, especially at home? That sounds reasonable to me. Also, in his mind, why should he catch the wrath of the fans? He didn’t order the team to dog it at home. Shouldn’t the fans be mad at the President, GM, Head Coach or the players before going after him? He has to be thinking, I just sign the checks. While it’s not fair, that is what comes with being the owner of the Knicks.

In order to meet Mr. Dolan, I would have to go to the last place a Knicks’ fan would be caught dead in. It is Mr. Dolan’s happy place, a JD & The Straight Shot show. After sitting through the show I would approach Mr. Dolan for an autograph, tell him I am a big fan of his music and follow his group on social media. After buttering him up, I would start by doing something that is completely uncharacteristic of the stereotypical Knicks fan. I would thank him for his efforts. I know that sounds crazy when you consider the results of the last 20 years. But as just stated, you can’t say the man hasn’t tried, he has failed spectacularly, but has tried. I would make sure not to mention the moves I didn’t like; hiring Scott Layden, trading for Antonio McDyess and signing Amar’e to a max contract to name a few. But I would say, “Mr. Dolan, sometimes the best plans just don’t work out”. I would admit that I was excited about the Isiah Thomas and Stephon Marbury pairing. I liked the idea of legendary head coaches Lenny Wilkens and Larry Brown coming back home. I liked the Donnie Walsh hire and yes, I loved the Phil Jackson hire. I admit it! Next I would also bring up the incident when Phil Jackson fell asleep during a pre-draft work out and say he had cause for firing him as he actually was asleep on the job. We would have a laugh at Phil’s expense and build a bond that would have him insist that I call him Jim.

I would then ask Mr. Dolan to stay the course, that the fans believe in the plan. That we don’t want any more quick fixes. Acknowledge it’s unfair and frustrating that people heckle him at every home game when he has hired smart people to run the team for him. Then I would remind him that the same thing happened to Joe Lacob, the owner of the Golden State Warriors back in 2012 when he was introduced at Chris Mullin’s number retirement ceremony. I would say, “Jim look who is laughing at him now”? Also would mention what happened to Jeanie Buss this past summer when fans organized a protest outside of Staples Center because they were unhappy with the job she was doing. “Jim, if that could happen to her, a person that grew up in the NBA and has dedicated her life to the Lakers and has delivered championships, it could happen to any owner”. Lastly, I would mention what Mikhail Prokhorov did to the Nets. Not only did they make one of the worst trades in NBA history, they helped their division rivals the Celtics build their team with the Nets lottery picks. At least Knicks fans didn’t have to sit through losing seasons that resulted in lottery picks for the Celtics. Watching Jaylen Brown and Jason Tatum play for the Celtics has to be the worst. Dolan can say he has never made a move as bad as that one. Hey, misery loves company, the bond is built.

Now that I got his trust, I would implore him not to fire anyone, especially Fizdale. Even though I have been critical of him, I think more harm than good will come from it. The truth is that Fizdale was dealt a bad hand. He signed up to coach Porzingis and perform a quick rebuild. Last year shouldn’t count as it was a tank year. This should be looked at as his first season. He is still a young coach and should be provided the opportunity to show he can improve. If next year proves to be more of the same, then let him go during the 2020/21 season. He would still have time to hire a new coach before free agency starts in the summer of 2021. The optics would look better. I would say, “Jim if you want attract the best talent in the game, then you got to show your loyal and supportive. If not, then you are going to continue to attract more of the same, you know, guys that are looking for you to fund their retirement”.

As for Mills, I know Dolan likes him for whatever reason and to be objective, he is actually in the role that fits him best. He is good at organizing and managing up. He also has made good hires in Scott Perry and Craig Robinson. He has acknowledged the mistakes of the past and set a good course for the future. I would say, “Jim, you got to give Steve more time. He’s hired some good people. Letting him go would mean turning over the entire front office which we both know is not necessary”. He would like the rationale as it gives him an excuse for keeping his good buddy Steve Mills around.

The last point I would make is this, “Jim you got nothing to worry about, you have already accomplished one of the best rebuilds in franchise history. The Knicks haven’t had young talent like this on the roster in God knows how many years. The reality is that it’s all about the summer of 2021. When that time comes, the top free agents are going to focus on the talent on the roster first, then the culture of the organization. Jim you’ve done a great job, just stay the course, the good times are just around the corner”.

Dolan is far from the perfect owner, but he is who we got. Booing and insulted the man hasn’t made things better. Would you perform better at your job if everyone was heckling you when you are trying your best? Exactly! Also this notion that heckling him is going to motivate him to sell the most valuable franchise in the NBA is insane. Trying to drive a recovering alcoholic to drink is not smart. The best approach is to pacify him. You don’t antagonize a person into making a knee jerk move. And lastly, if you truly want  the team to succeed, stop poking the bear!