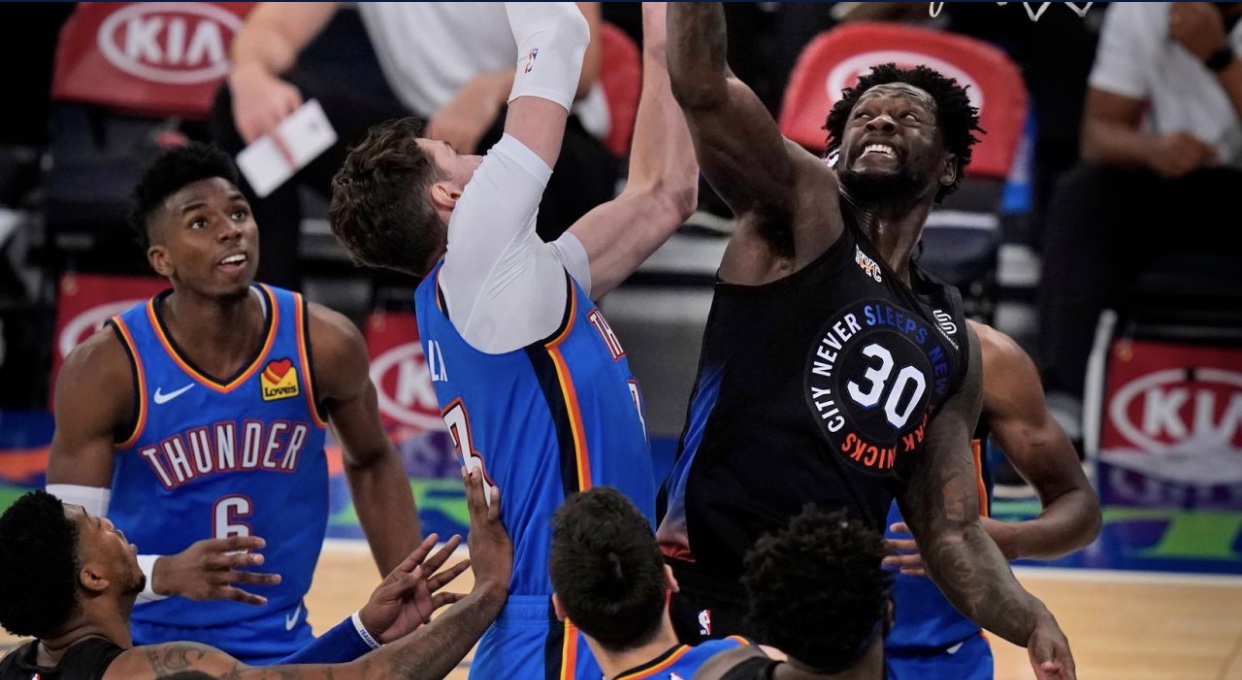 The New York Knicks started the year 2021 by winning three of its first four contests. After kicking off the new year with three straight victories, the Knicks suffered its first loss of the new calendar year at the hands of a young scrappy Oklahoma City Thunder squad led by their leading point-guard Shai-Gilgeous Alexander. 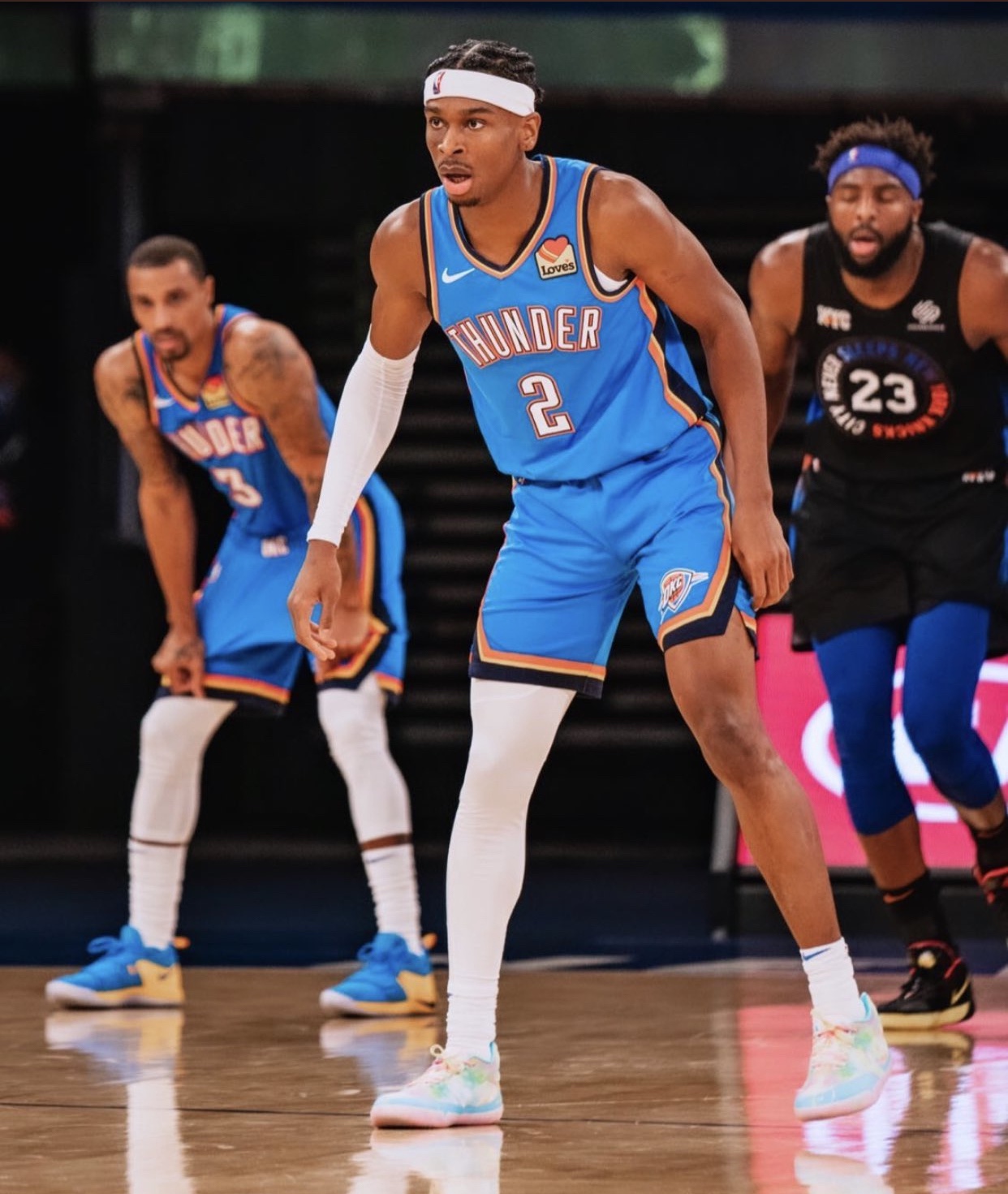 Most are interested in seeing exactly how the Knicks can bounce back after losing a winnable game against a Thunder team that lacks big time superstar firepower. How short will Knicks memory be? A young team like the Knicks in the NBA will learn about a disciplined approach as the organization continues building a winning culture. During a postgame conference, coach Tom Thibodeau pointed out the following to Rebecca Haarlow. 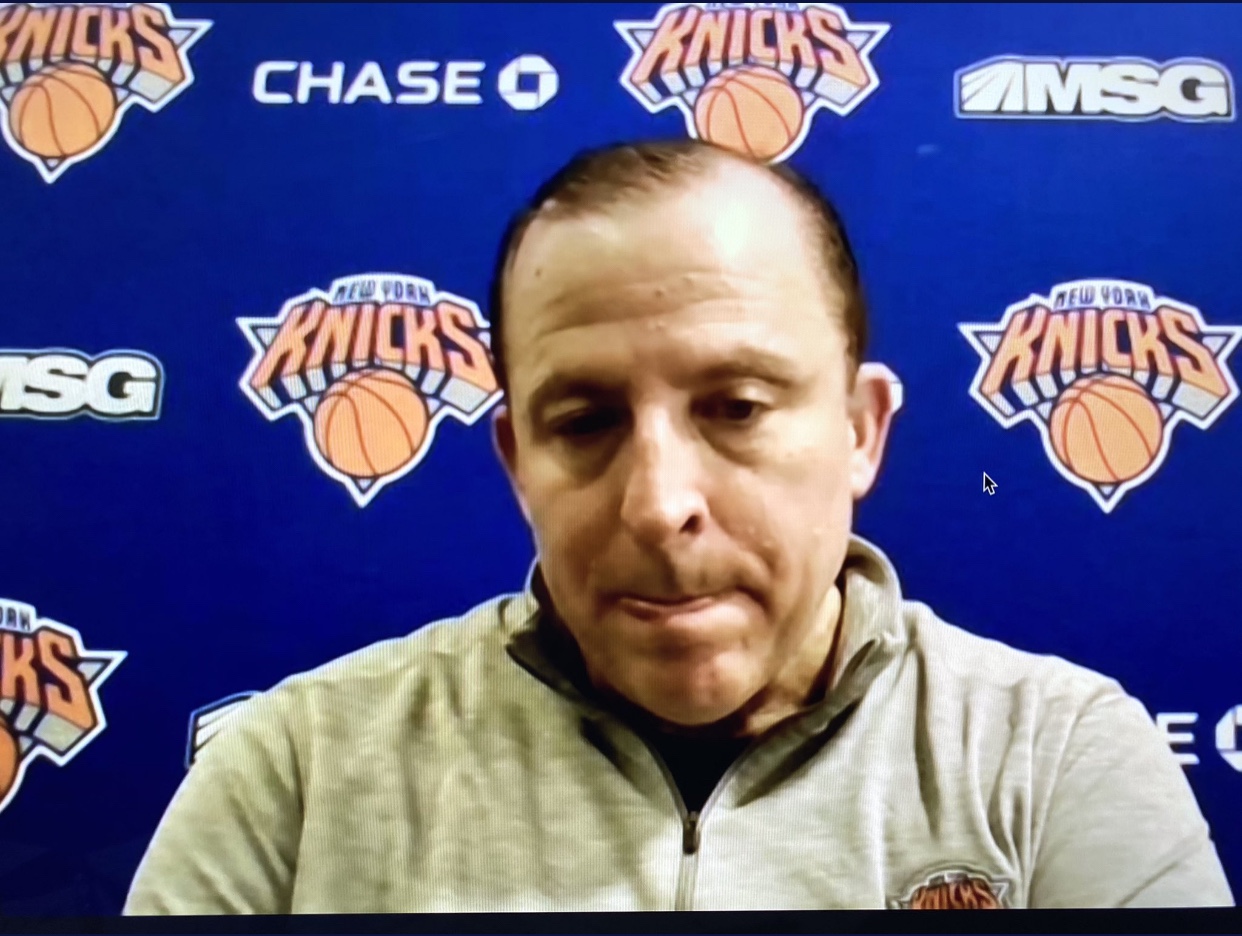 The last question of the postgame press conference following the loss to the Thunder on January 8th 2021 inside of a empty Madison Square Garden, came from Rebecca Haarlow, and she asked the following:

“Coach, overall tonight the team was looking for their fourth straight win, six out of your last seven, and for so many of the guys on this team, they’re not use to being in that position, they haven’t really been in that position before, how much of this comes down to kind of teaching the younger guys what it takes to continue to win at such a high level?”

Tom Thibodeau replied with the following:

“It’s a hard league, it’s a hard league to get wins in and you have to come out with an edge every night and if you don’t do that it’ll be difficult for you, and in this league as soon as you start feeling good about yourselves, you’re going to get knocked down, so every night you got to bring it, every day you got to bring it, and as I said, I’ve been very pleased with the approach and the attitude, I think when we get down in a hole, we had the right intentions, we obviously wanted to get out of it, but we can’t do it individually. We have to remain a team and do it together”.

Disciplined Approach Is Critical When Preparing For Playoff Basketball.

A disciplined level-headed approach is what Tom Thibodeau’s instilling into this inexperienced Knicks roster. This kind of mindset game-in and game-out will catapult the Knicks into the playoffs. According to RJ Barrett, playoffs is definitely the goal for the Knicks roster. 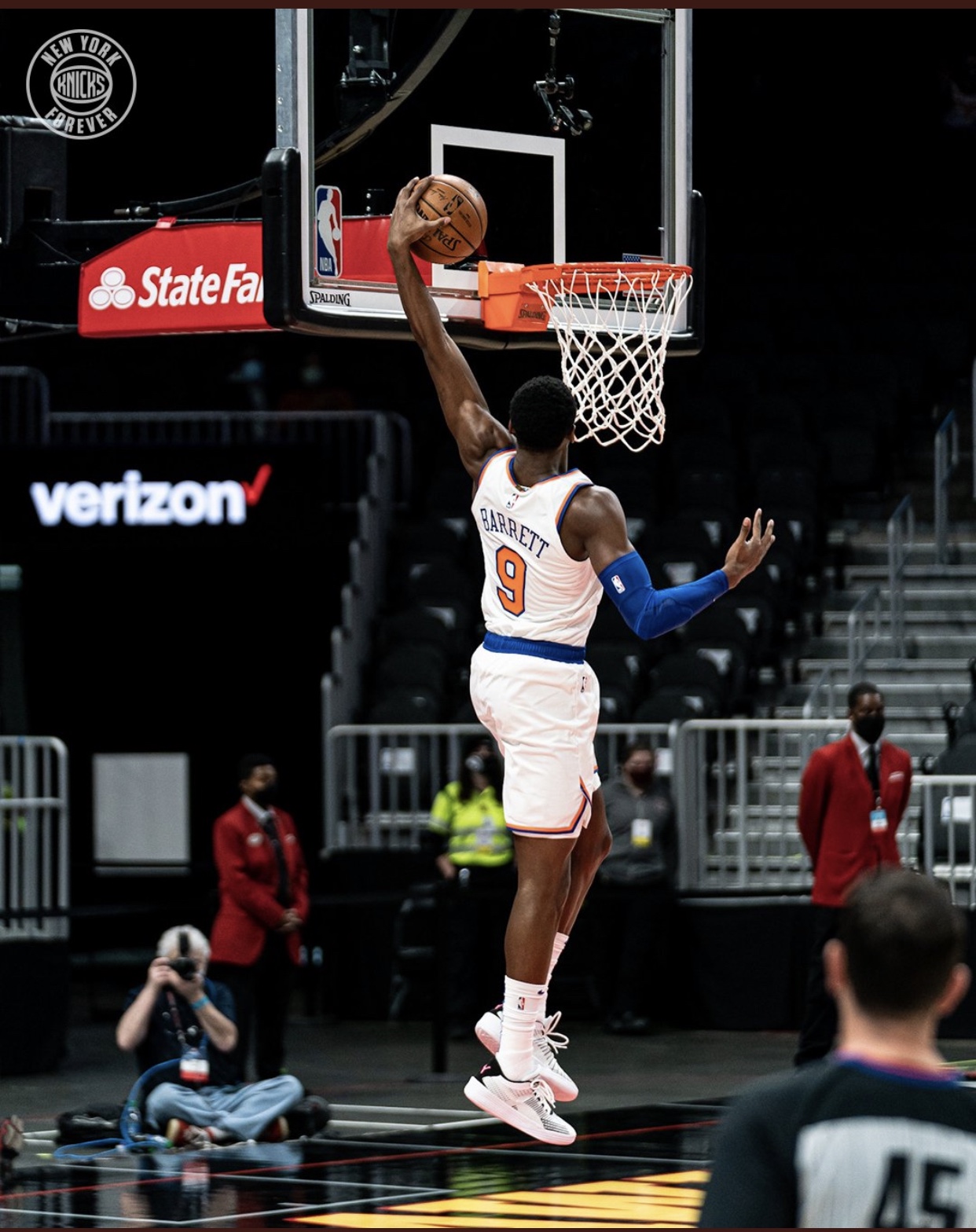 Before the start of the season, the hungry 20 year-old RJ Barrett who was wasn’t voted to either of the All-Rookie teams voiced his desire to make the playoffs in the following statement:

“I’m trying to make the playoffs and trying to win. We shouldn’t expect anything less from ourselves. We have to try and go out there and be the best team we can be. We got a lot of talented players and hard workers. If we put it together with the coaching staff we have, we should be able to do very well”.

The Knicks have a credible enough coaching staff that’s well respected not only league-wide, but they’re also tremendously respected in the locker room. Knick players bought in especially on the defensive end of the floor. Plus, as the practices mount up along with gameplay, the direction for this young, hungry, and deep Knicks roster once everybody is somewhat healthy is exceptional.

Omari Spellman Out, Taj Gibson In. 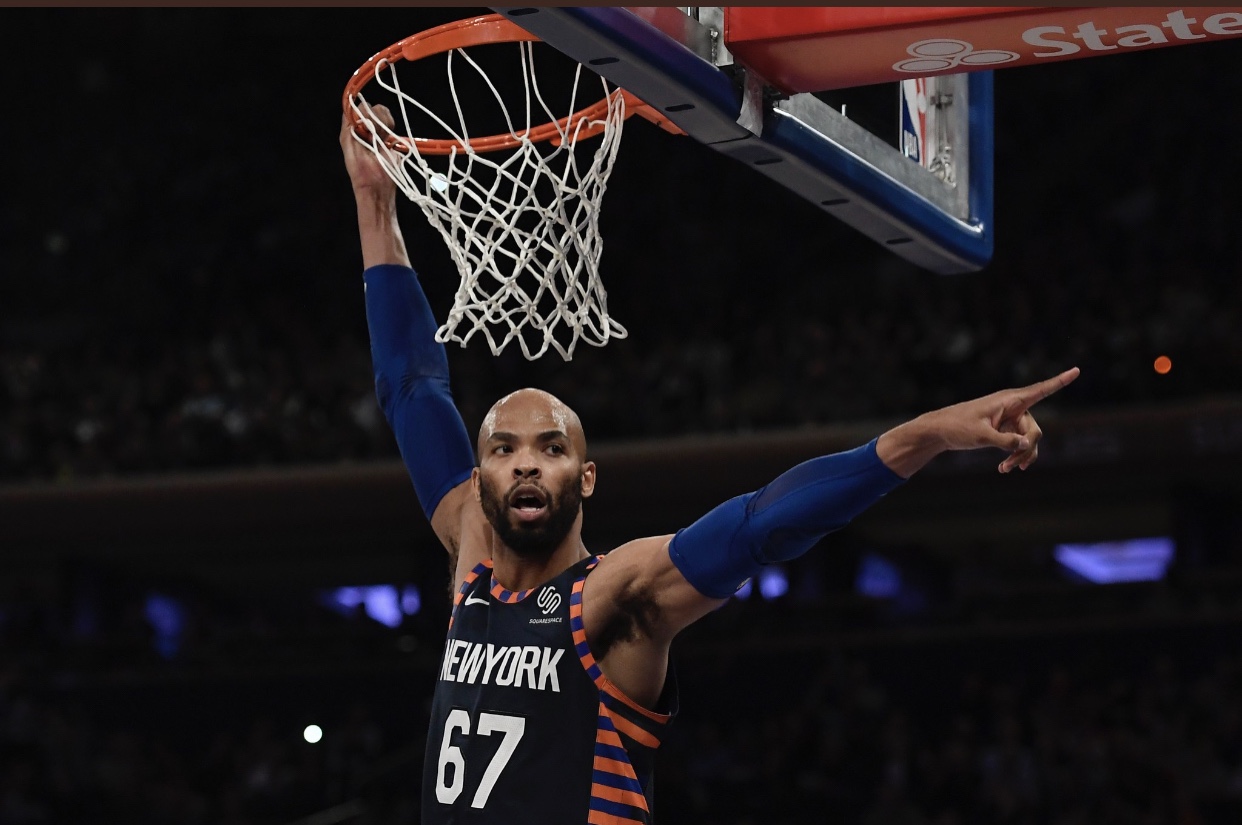 The release of unprepared Omari Spellman, followed by the signing of veteran Taj Gibson on January 8th exemplifies the importance of depth, along with the hard working mentality in New York under Thibodeau’s coaching staff. Plus it doesn’t hurt that Gibson is very familiar with Thibodeau’s overall system. It’s always beneficial to have an extension of the coach on the floor in practices and actual games. Gibson is a very solid hard working veteran to have around young bigs like Obi Toppin and Mitchell Robinson. Thibs coaching staff takes practice very seriously and the Gibson signing makes plenty of sense in general. 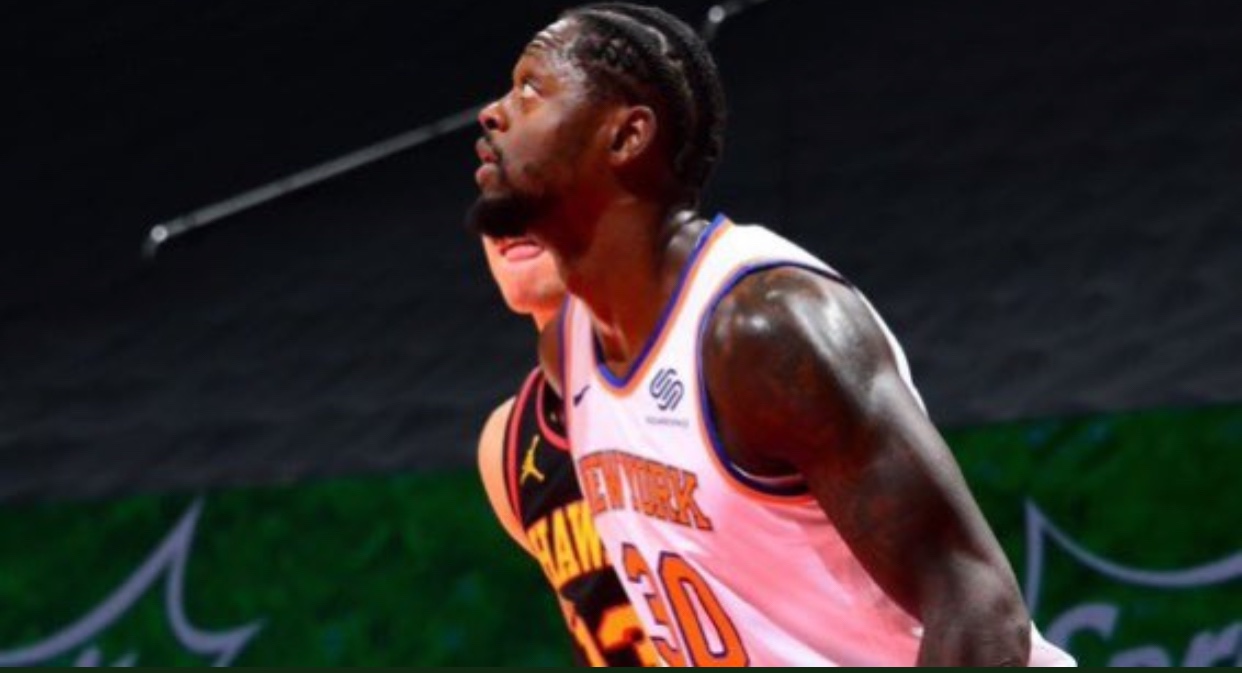 It’s Always Been About The Winning Formula.

Overall, the New York Knickerbockers are learning how to win in the NBA. Former Kentucky Wildcat Julius Randle is the engine of this young Knicks team that’s currently missing a few pieces due to small tedious injuries. Defensive specialist combo-guard Frank Ntilikina along with sharp-shooting and scoring shooting-guard Alec Burks are both currently out for the Knicks. Once they both return, Coach Thibodeau will have more flexibility with roster depth for certain matchups on a nightly basis. With a young team adopting a militant mindset of their head coach, a disciplined approach to each and every game without any regard to the opponents roster or record is definitely foreseeable.

Knicks: Exposed in the Playoffs

Which Free Agent Guards Will Return to The Knicks Next Season?

New York Knicks: It’s about the Journey not the Destination

What are the Knicks going to do with Toppin?

Robert Brunswick - March 20, 2021
1
After being picked 8th overall by the New York Knicks in the 2020 NBA Draft, a waterfall of tears came spilling from Obi Toppin's...

What are the Knicks going to do with Toppin?