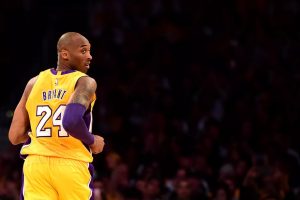 Not all heroes wear capes. For many of us, our heroes wore sneakers. There are many heroes, but few are considered super.

They did what we loved to do at an elite level, for the world to see. Superheroes do things that are beyond the limits we know. For some ethnic groups of people this may not apply, but for us, our heroes were hoopers. If you know someone who’s 40ish and grew up in a black household, Kobe Bryant’s death hits hard.

Growing up, a lot of sports were not considered OUR sports. Basketball was just a sport you were supposed to play and try your best. Everybody wanted to be great, but you were fortunate if you were recognized as a good player in your immediate area. Millennials see players as celebrities with a particular skill. Not us, we saw them as heroes and Kobe was superhero’s hero.

In Kobe’s days, the NBA was different. They pushed rags to riches stories of kids who were happy to be saved from poverty by their NBA owners. Sadly, so many of my friends wanted to be saved by this ball and this league. Players were expected to be grateful and loyal to their owners.

Kobe came in without that story.

He was the son of a former player and became a student of the game. Many knew him as that Philly high school kid who really isn’t from Philly. Many saw that fact as a disadvantage because he was young and hasn’t faced life “adversity.” Also, it didn’t help that he lacked college experience. He came in knowing the odds, and he was not looking to be pitied or coddled. Kobe wasn’t just happy to be an employee of the NBA — he felt like he deserved to be in the NBA and wanted to make his indelible mark. He knew who he had to overcome to get there.

Kobe came in with one goal and that’s leaving basketball as its best ever, as Michael Jordan was still looming late in his career.

In the 1996 NBA Draft, he forced his way out of being Charlotte’s draft pick and was traded to the Lakers, who already had a star player Eddie Jones in his spot. According to experts, Kobe took one step back because he forcefully traded himself out of a sure starter role. As a result, Kobe would make every minute of his bench role count. During his rookie year, the amount of effort he was putting out in games was uncomfortably high. He was aggressive! You knew he wasn’t just battling the opposing team, he was also battling Laker tradition and battling for his spot on the roster.

He won the first of his many battles by becoming a starter and a cornerstone faster than others wanted even in his own organization. No doubt, if his body didn’t fail him, he would have completed his single mission. He wanted you to cheer for him, but if you didn’t, your boos would motivate him the same. He didn’t mind being a villain either. If he was going to be your villain, why not be the best one ever.

Often, he enjoyed victory and watching his opponents lose. He had deep knowledge of the game and respected all those who came before him. He was borderline obsessive in his will to win. The kid from Lower Merion High School would seem to emulate Michael Jordan down to the most minute details. Except he was cooler and more connected socially than the Laney High product.

So when you grow up alongside a Kobe and you see greatness from just a high schooler to one of the best players of all time, you’re connected. I became connected to him because I was a high schooler at the same time he was tearing up the court at Lower Merion. I never knew him personally, but my friends and I really kept up with who the best high schoolers in the nation were.

When I saw his body begin to fail him, I, and many others, hoped he could just somehow get that 6th ring and complete his mission.

In my own way, I approached my 9-5 job with that mentality he displayed on the court. It wasn’t just me, it was all of us. It didn’t matter if you mopped a floor or if you sat in a corner office, we all shared that mentality. If you’re 40ish, you felt Kobe’s mentality which is called Mamba Mentality. His footprint on the game is so large that the Mamba Mentality transcends color or neighborhood.

On Saturday, it was LeBron grabbing the torch from Kobe, and as competitive as he was, Kobe still gave it gladly. He seemed to enjoy LeBron taking his spot on the all-time scoring list. Basketball no longer needs a black superhero due to what LeBron has brought to the game. He took what Kobe did and added a new dimension to the NBA. He made basketball business savvy accessible to all.

No longer do players come in wide eyed as before.

LeBron has made everyone aware of their brand, and he empowers them to take control of their careers. LeBron’s contribution to basketball was turning young black players into black businessmen. They no longer are just glad to be here like Kobe was. They now make the most of their time here and better themselves and those around them. One day, LeBron will have to hand the torch over as well. He also will leave the game better than it was when he joined.

Over the last day, I have gotten to reminisce over the memories Kobe has given me throughout my adult lifetime. His tragic ending has given me time to reflect on my life as well. Can I live a more heroic life? If my life ends, will I have left things better than I started? That is one last gift Kobe gave us, he gave us the immediate awareness to reflect on life. With that, I would like to say yes, superheroes do exist.

Kobe Bryant was one of them. He will be missed.