As the 2021-22 season is getting ready to begin, I will give my predictions for the Knicks’ record. But on the front end I want to state that I think this Knick squad is much better than last season’s,. The only problem is that the rest of the Eastern Conference also got better. So as a Knick fan I don’t think we should worry so much about where the team finishes in the standings as long as they make the playoffs. With that said, I predict that the Knicks will finish with a 48-34 record, not as optimistic as my man Mikey Murphy, but let me explain why.

What are the Experts Predicting?

As part of my analysis, I checked 5 reputable sites: FiveThirtyEight, Action Network, The Lines, Vegas Insider, and Odds Shark. They all have the Knicks being a .500 team, winning 41.5 – 43 games, and finishing somewhere between 7th – 10th place. This means the Knicks would be in the play-in tournament.

At first glance, it would appear that the experts are sleeping on the Knicks again. Remember last season when they predicted the Knicks would win about 22.5 games? However, I don’t think that is the case this season. As I mentioned on the front-end, this speaks to how much better the East is.

Last season the Knicks finished as the 4th seed, winning 41 games, which is equivalent to winning almost 47 games in a regular 82 game season. But they were only 1 game better than Miami who was the 6th seed. 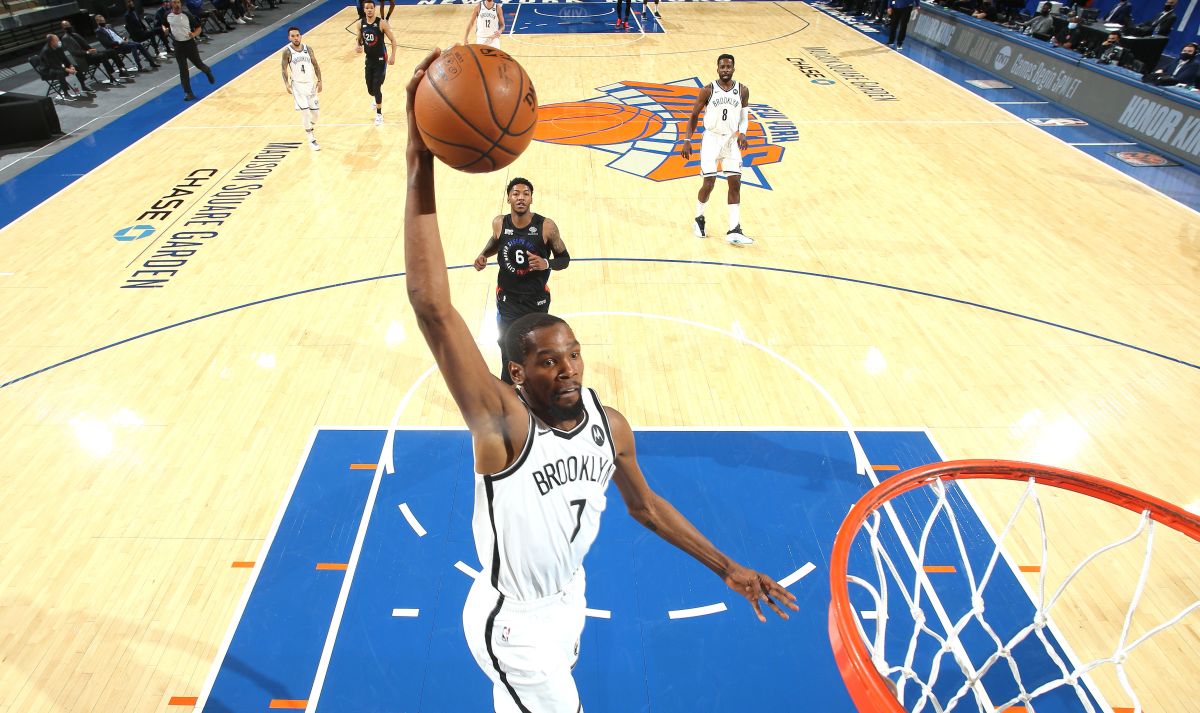 This season, the top 3 teams in the East: Milwaukee, Brooklyn, and Philadelphia are still championship contenders despite the issues with Kyrie Irving and Ben Simmons. Atlanta and Miami are expected to be better and possibly contenders as well. Then you have Boston which finished 7th last season, they have retooled the supporting cast around their two young stars, Jayson Tatum & Jaylen Brown, who are both entering their primes, so they are expected to be better.

You also have Indiana whose disappointing season was blamed on coaching; they are expected to be better because they replaced an inexperienced coach in Nate Bjorkgren with Rick Carlisle. Let’s not forget Chicago, who is expected by many experts to make the playoffs and possibly be better than the Knicks after their splashy offseason whee they signed Lonzo Ball and DeMarr DeRozan.

The only playoff team from last season that is expected to be worse is Washington, because they traded Russell Westbrook, but I actually think they got better. Let’s also not forget Charlotte which should be better because LaMelo Ball is a year older. Gordon Hayward is also expected to be healthier, he only played in 61% of the Hornet’s games last season. They had a winning record when he played, 24-20.

How the Knicks can beat the odds 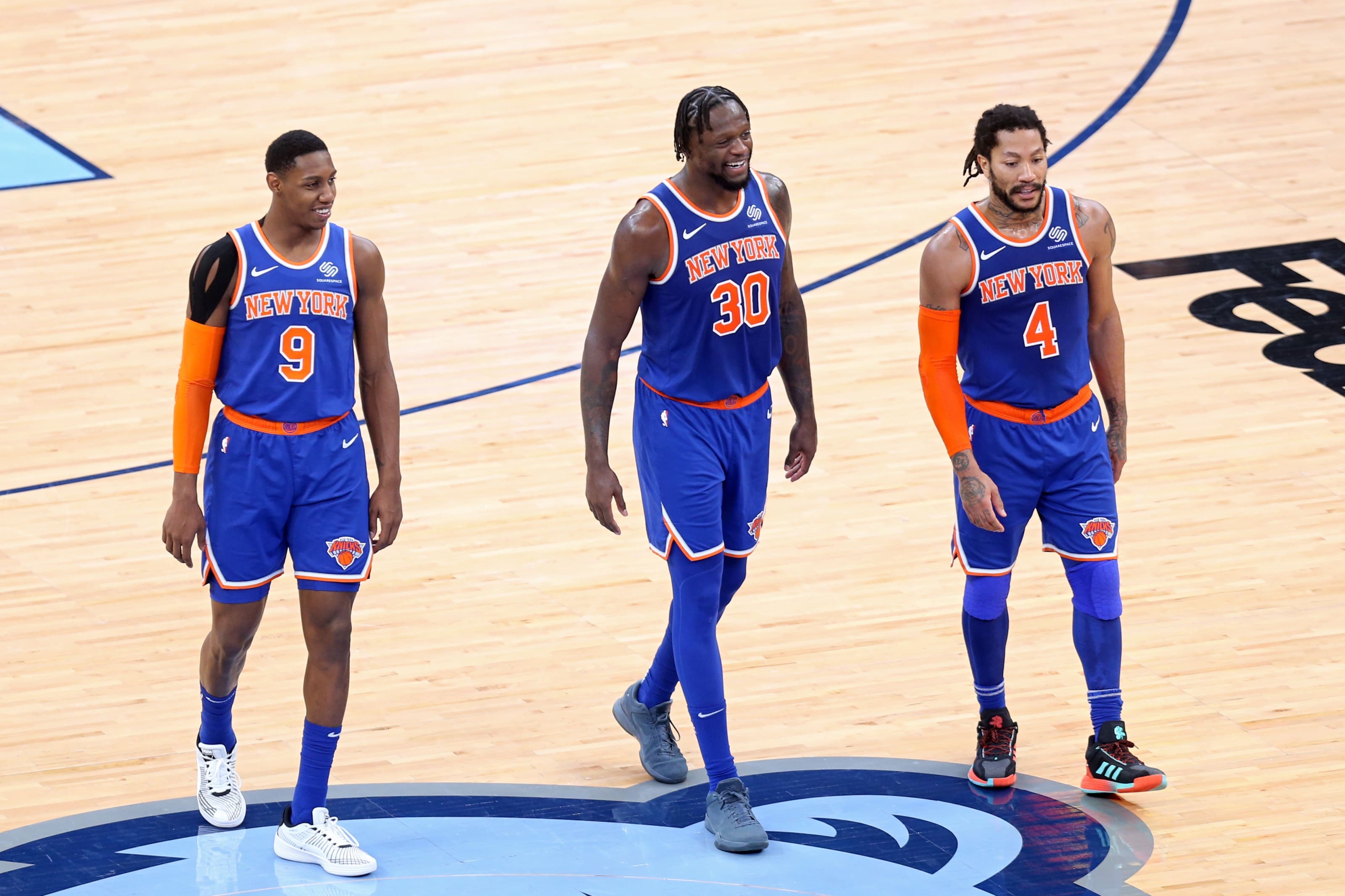 While the East looks tough, the Knicks have a lot of things going for them: point guard play, depth, and coaching. For those reasons, bearing major injuries I see the Knicks definitely making the playoffs and if everything goes well, winning 50-52 games.

The first reason for optimism is point guard play, which has been upgraded significantly. Last season the Knicks’ Achilles Heel was Elfrid Payton, the team won games in spite of him. But that was because they had Derrick Rose, the Knicks had a losing record without him. This season New York has two veteran point guards they can rely on thanks to the addition of Kemba Walker. While Walker isn’t a great defender, either was Elf despite his size and potential. When you look at the other teams in the East, there isn’t another one that can put 48 minutes of quality point guard play on the floor. There is a significant drop-off in play when the starter goes to the bench. That is a decisive advantage for the Knicks.

This Knick roster has more depth, so it can withstand the grind of the regular season. It can also stay competitive if one of its top players: Julius Randle, or RJ Barrett misses a significant number of games due to injury. Randle only missed 1 game during his All-NBA season, while RJ played in all 72 games. Chances are that both will miss more than 1 game combined, so having good depth is important.

That is where the signing of Evan Fournier is key. He is not only a better fit alongside Randle and Barrett than Reggie Bullock, he can also handle playmaking duties if either is out of the lineup. Let’s also not forget about Immanuel Quickley, he will follow up an impressive rookie season with a better 2nd season as he is more experienced and has worked on his point guard skills which will make him a more dynamic player.

Then you have Obi Toppin who looks like a much-improved player, especially on the defensive end. He looked impressive playing alongside Randle in the small ball lineup against Washington in the preseason finale. He also looks like he can hold down the Power Forward position if Randle isn’t able to play. This is very encouraging when you consider that the Knicks fell to pieces last season when Randle was out of the lineup. 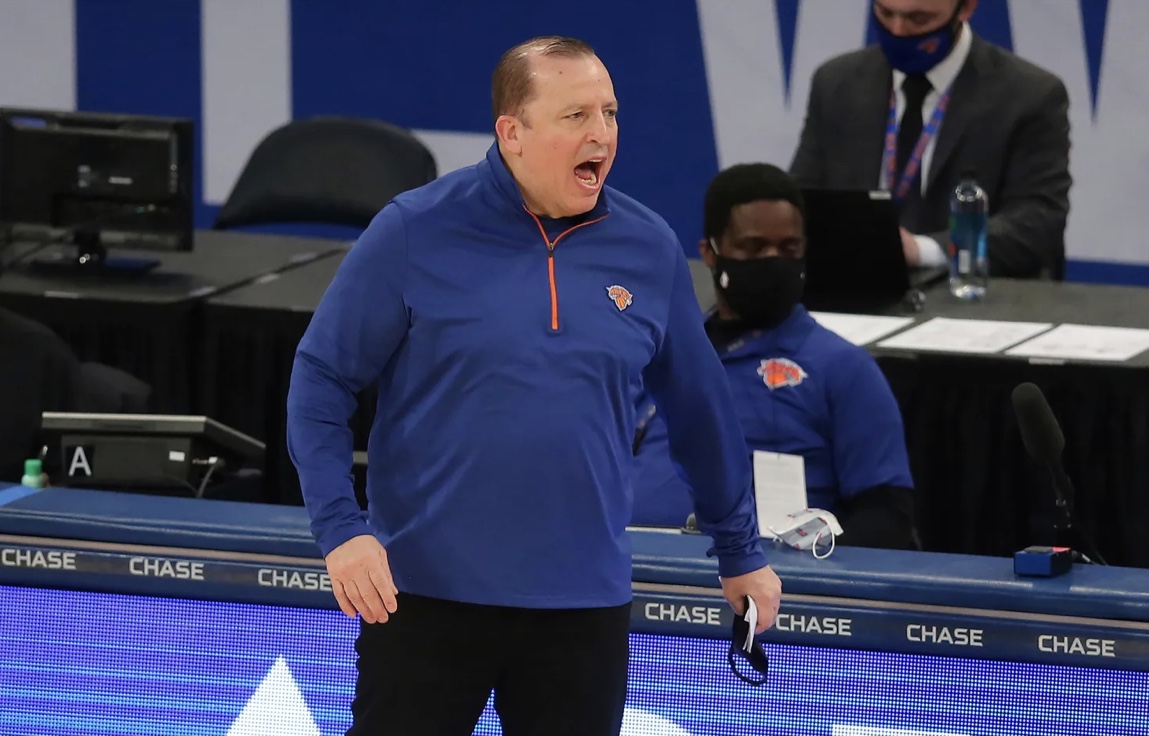 We can’t say enough about Coach Thibodeau, he has installed the system and mindset the Knicks needed in order to be successful. He is a leader that demands excellence and has an attention to detail that is unmatched. His teams always exceed expectations in the regular season because he coaches every game like it’s the playoffs. His intense demanding style will lead the team to win some games most others would give away. Almost half the teams in the NBA will have a losing record and the Knicks are scheduled to play 14 games against the teams projected to be the 5 worst: Orlando, Detroit, Cleveland, Oklahoma City, and Houston. You best believe Thibs will look to feast on the NBA’s cellar dwellers.

That is why I am confident in predicting the Knicks will win 48 games, 5 – 7 games more than the experts are saying, and slightly better than last season’s winning percentage despite playing in a better Eastern Conference.