It’s that time again. The trade deadline is one of the most exciting times of the year. The right moves can propel your team deeper into the playoffs. A savvy move can set up your team for future growth. All the general managers are actively talking with each other. The New York Knicks have lots of needs, it’s not likely all their troubles will be addressed in the next few weeks. Will the Knicks look long-term or look to make short-term moves to improve their chances this season? In this article, I want to spotlight some players who may fit some of those needs.

The small forward spot has been a problem for the Knicks all season. They have been starting Reggie Bullock at the position. He isn’t a consistent enough shooter to justify what he brings on defense. While there are some big names in the rumor mill, I will only focus on realistic options on the Knicks timeline and asset value range. Here are the 3 options you should look out for at the deadline for the Knicks.

Harrison Barnes brings leadership, defense, and 3pt shooting. Those are great qualities to bring to a team along with championship experience. You don’t hear much about him since he plays in Sacramento. He would get more recognition if he played in a larger market. His profile has fallen significantly since winning a title with the Golden State Warriors in 2015.

He is extremely versatile at 6’8″. For the small forward position, he eats opponents up with his deep post moves and also stretches the floor with his outside shooting. Barnes is shooting over 40% from behind the 3 point arc this season. This is not a fluke, he has not shot worse than 38% from 3 in the last three seasons. He would instantly add value to the Knicks in needed areas plus he provides intangibles.

The Kings are looking to shed long-term salary. The pandemic has been tough on NBA franchises. The Sacramento Kings laid off most of its corporate staff last summer which hinted how dire their situation was at the time. Some minority owners had to be given a lifeline to make up for the money shortfall. They also have since given De’Aaron Fox a max extension that starts next season, 5 years / $163M. His salary will increase by $20M next season, from $8.1M to $28.1M. Then there is Richaun Holmes who will be a free agent this summer. The Sacramento Kings aren’t going to make the playoffs this year, so they will sellers at the deadline. They will be looking to lower their long-term payroll and acquire a decent prospect in any moves they make.

There may be some competition from the Boston Celtics who are rumored to also have an interest. Harrison Barnes’s skillset and his deescalating contract are attractive. The Knicks may be able to pull off a “Brock Aller special” in the future by repackaging him in a trade for a star. Heated competition for the forward may force the Knicks to come up with additional picks. 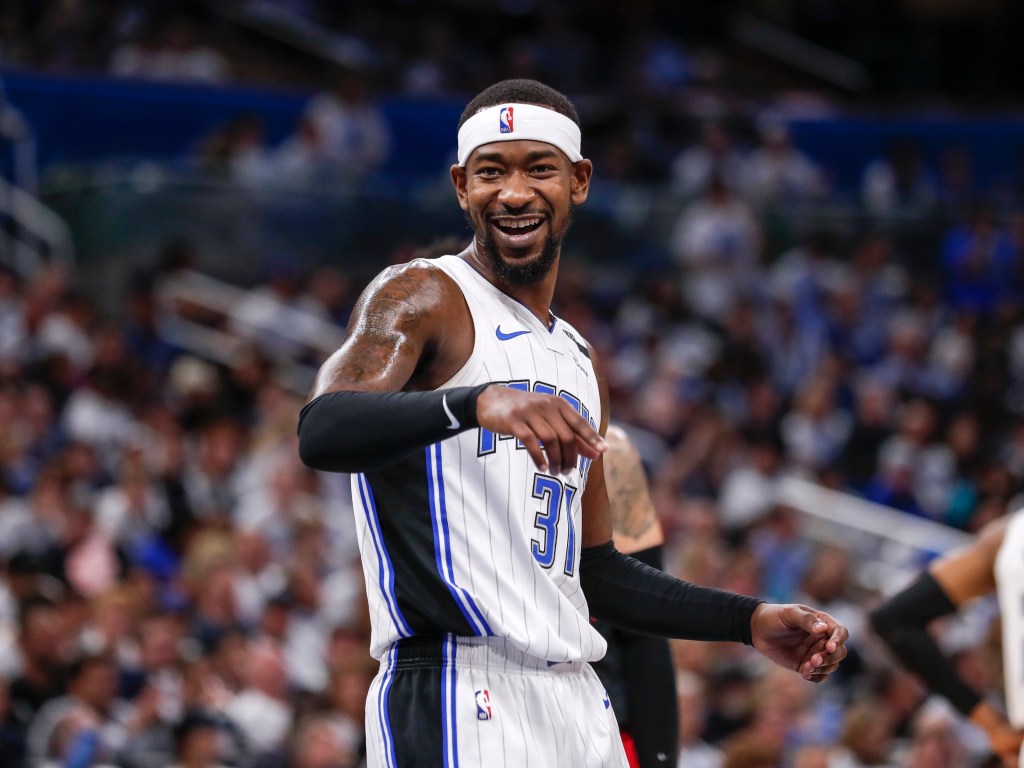 Terrance Ross is a well-known Knicks killer. On February 17th he scored 30 on the Knicks. He is an athletic wing who can score in bunches. I wouldn’t call him a bad defender, but he needs to focus more on defense, especially since he has the potential to be good at it. The Orlando Magic are in the midst of a season that’s looking to be headed toward the lottery. If they are sellers at the deadline the Knicks are one of the teams that would be interested in Terrance Ross.

The Knicks are looking for shooting, especially at the wing. Terrance Ross is a good, not great shooter. He’s very active on offense which helps the entire team. He’s hard to stop once he gets on a scoring streak. Terrance Ross’s contract runs for 2 more seasons after this one. This would be attractive for the Knicks who have lots of cap flexibility this summer. The 2021 free agency class isn’t star-studded, so using their cap space to trade for a good player with a few years left on their contract makes sense.

Someone like Kevin Knox can be added to the Magic younger core of players. They also can use a PG to help stabilize their backcourt since they have several key players out for the season.

Kyle Kuzma is one of the more divisive and players in the NBA. Kyle Kuzma has quietly developed into one of the better defensive players in the league. He has sacrificed his offense in order to be the defensive forward the Lakers needed. The Knicks can allow him to explore his full potential away from the shadow of Lebron James. He signed a very reasonable contract for the next 3 seasons. He has great size at 6’10” and plays both forward positions.

The Lakers need to maximize their championship window and the Knicks have the player who can help them do that. Mitchell Robinson would allow Anthony Davis to play more at power forward. Mitchell Robinson is one of those unique talents that is hard to think of trading for some Knick fans. It’s important to note that Leon Rose has no attachment to Robinson. Mitch like all players has a specific value. I think if the Knicks were willing to use him in a deal the Lakers definitely would be interested. Mitchell Robinson formerly had Rich Paul as his agent, but has since ended their business relationship.

The Knicks are one of the few teams that can acquire Kyle Kuzma since his contract is tough to trade. The extension he signed contains a Poison Pill. Even though his contract pays him only $3.5M this season it’s counts as $10.6M in a trade to the receiving team. My proposal has the Knicks getting Kuzma along with Talen Horton-Tucker. He will be a restricted free agent this summer. The Knicks were already rumored to be interested in signing Talen Horton-Tucker.

The next few weeks should be very active on the trade front. These are the players at the small forward position Knicks fans should keep their eyes on. Are there any players you think the Knicks may consider at the trade deadline?

Watch the Knicks VS Thunder RECAP