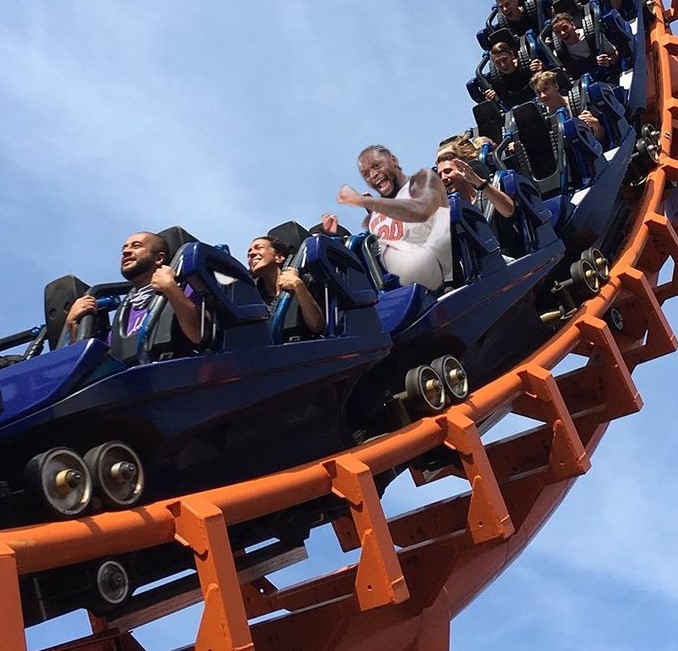 Wow, what a difference a week makes !! Last Thursday, the Knicks were coming off a tough loss to the Celtics, their 5th loss in 6 games. It seemed like the wheels were coming off and the Knicks were about to fade out of the playoff picture. Everyone at the Knick of Time Show was trying to convince the fans to stay the course and keep a positive attitude. Not to give into all the negativity swirling around and especially let their Knicks’ PTSD get triggered. Now, I am trying to convince you all not to get too high. But, we are the 6th seed baby!! So it’s hard for me to contain my excitement.

I have said it from the beginning, this season is not about win totals, it’s about developing a winning culture. Even before the 5 game winning streak the Knicks had already reached most of their goals for the season. New York has established themselves as a no-nonsense team that plays great defense. They have also achieved some of their development goals, they have two exciting young players in R.J. Barrett and Immanuel Quickley that are contributing. The other important accomplishment is that the Knicks were able to build a competitive team without sacrificing cap flexibility or trading away draft picks. So the future on Broadway is bright.

Because of this, Leon Rose and Coach Thibodeau are now playing with house money. What is left is to finish the season strong and shoot for some stretch goals (extra credit). Winning 36 or more games would validate the Knicks as an organization and help accelerate the rebuild.

But that is going to be hard as the Knicks have one of the toughest remaining schedules. The good news is that the worst case scenario is that they finish 9th and have to participate in the play-in game tournament. The Knicks are currently 7 games ahead of Toronto and Chicago, who are tied for 10th place. So while this season has felt like a wild roller coaster ride, at least it looks like it will end smoothly.

It will feel great to see postseason Knick games for the first time since 2013, but for this postseason to truly feel legit they will need to maintain the 6th seed and avoid the play-in tournament. Dallas made the news this week by complaining about the format, as they are currently seeded 7th and now they could easily get picked off by one of the lower seeds.

Of the 3 teams chasing the Knicks for the 6th seed: Miami, Charlotte, and Indiana. All might be better offensively, but Miami is the only one that is close to the Knicks when it comes to defense.

All three have easier remaining schedules, but Miami and Charlotte are battling injuries. Miami has lost Victor Oladipo. Charlotte lost LaMelo Ball for the season and is still without Gordon Hayward.

Why settle, how about the 4th seed?

While Atlanta is only a 1/2game ahead of the Knicks, they are going to be hard to catch. They are finally healthy and got their coaching situation settled now that Nate McMillian is in charge. They also have what is rated the 12th easiest remaining schedule.

As for the 5th seed Boston, that are also only a 1/2 game ahead of the Knicks. But they look like they are getting better as they added Evan Fournier to fill the void of Gordon Hayward. Also, the remaining schedule favors them, Boston’s is rated 6th easiest, while New York has the 6th hardest.

So, there are two legit teams that will be hard for the Knicks to over take in Boston and Atlanta. But beating out their competition for the coveted 6th seed is a real possibility.