BREAKING: Memphis is finalizing a trade to send Jonas Valanciunas and 2021 Nos. 17 and 51 picks to New Orleans for Steven Adams, Eric Bledsoe, 2021 picks Nos. 10 and 40 and a protected 2022 first-round pick via the Lakers, sources tell ESPN.

With the NBA draft night quickly approaching, July 29th, we will start seeing moves being made. One trade has already taken place, the Memphis Grizzlies traded with the New Orleans Pelicans to move up from the 17th pick to the 10th. This move indicates that Memphis is looking to add another impact player to their young core of Ja Morant and Jaren Jackson Jr.. It also signals that New Orleans is in win-now mode and is probably going to surround Zion Williams with vets and will try to resign Lonzo Ball.

I personally was advocating for the Knicks to trade with New Orleans to move up to the 10th pick since New York desperately needs players with star potential. This nothing new for New York, as lack of star level talent has hindered the franchise for the past 40+ years.

Broadway is not a place for solo acts 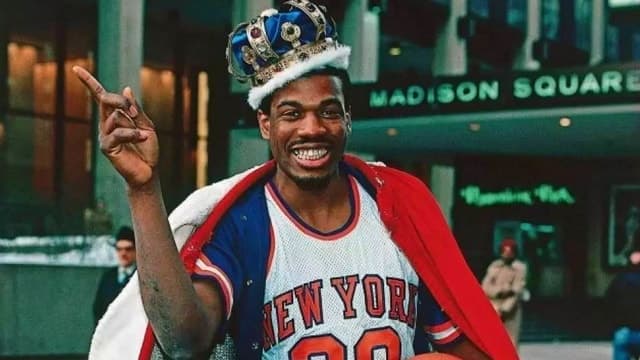 When Bernard King was on the Knicks he was great, but the team was just a one-man show. During the Patrick Ewing era, the franchise’s superstar played 11 seasons before the Knicks surrounded him with legitimate talent, acquired Allan Houston and Larry Johnson in 1996. Then a couple of seasons later the Knicks assembled the most talented roster in the Ewing era when they added Latrell Sprewell and Marcus Camby. That was the last Knick team to make it to the Finals, but Ewing was 36 years old and past his prime by the 1998-99 season.

The same happened during the Carmelo Anthony years, he never got paired with another star. Melo only got part of one season to play with a healthy Amar’e Stoudemire, who quickly turned into a bad contract that strangled any chance the Knicks had to build a championship contender.

So now that we started the RJ Barrett era, the Knicks need to make sure they do everything possible to surround him with talent. Hopefully, Julius Randle builds on last season’s play so that the Knicks can have two players performing at an all-star level in the same season.

What will the Knicks do? 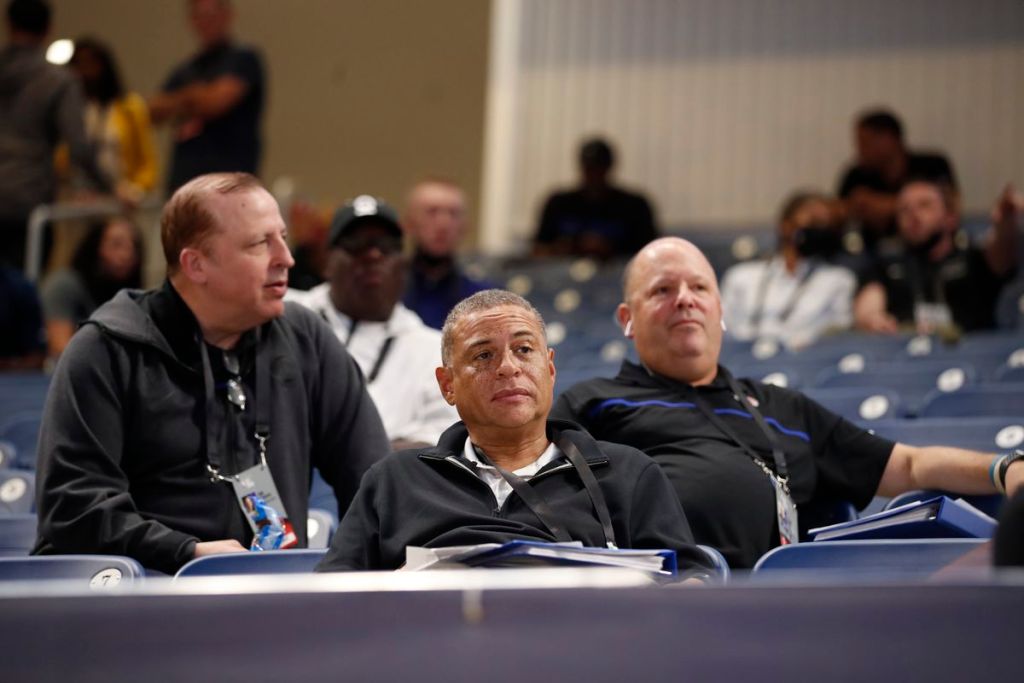 In order to predict who the Knicks will draft we need to understand what they are trying to accomplish. It is no secret they are in win-now mode and their preference is to acquire veteran players, especially a star. They can’t accomplish that by drafting 3 players, so it’s likely that they package their picks to move up or use them in trades for veteran players.

As for the players they would consider with the picks they hold on to, I can assure you that player(s) is not going to be in the rotation. So, it makes sense for them to focus on players with high ceilings they can develop. The odds of landing a star outside the lottery are not good, but if there is a front office that can find a hidden gem, it’s this one.

The other thing to keep in mind is that last year Leon Rose and World Wide Wes selected players they had relationships with. Obi Toppin is a CAA client that was represented by his son, Sam Rose. Immanuel Quickley played at Kentucky, a program Rose and Wes have strong ties to. With that said, below is the list of players I see as most likely to be drafted by the Knicks.

All the players listed are CAA clients and have lots of upside. But, If I had to predict who the Knicks will definitely select, I would put my money on Isaiah Jackson. Players like Keon Johnson and Davion Mitchell are not expected to be available when the Knicks select unless they trade up. Of the remaining players, Ziaire Williams and Cameron Thomas address an immediate need, but the player with the most upside is clearly Jackson.

Center is not a position of need, but the back-up position is. Also, Mitchell Robinson is entering the last season of his contract. If the Knicks and Robinson don’t agree on an extension, he could leave via free agency in 2022.

The Center position has been devalued as ball handlers and wings have become the engines of modern NBA offenses. But if you look at the past two champions you will notice they won because of size, not 3-point shooting. Being able to protect the rim, rebound, and physically wear down your opponent down is vital to winning a playoff series. So taking a raw talent with immense upside like Jackson makes sense from a basketball perspective.

When you look at Isaiah Jackson’s numbers they don’t look impressive, especially when you consider he played for a bad Kentucky team. But the potential is there. He is raw, but has the physical skills of a lottery pick. When you look at Jackson’s draft profile, he was rated a 9 out 10 in the following categories: Athleticism, Size, and Defense. The only other player with that rating for those 3 categories is Evan Mobley. None of the other players projected to go in top 5: Cade Cunningham, Jalen, Green, Jalen Suggs, or Scottie Barnes were rated that high. Jackson is also young, won’t turn 20 years old until January 2022. The only reason he won’t be able to play much right away is because of his weight, he is only 206lbs. Ironically, he has similar measurements as Nerlens Noel when he came out of Kentucky, 6’11’ 206lbs.

As we discussed, in any business, especially the NBA, relationships matter. If several prospects are close in talent, connection and relationships will serve as the deciding factor. For Isaiah Jackson, they are all there:

The first two are obvious, he is a CAA client and played at Kentucky. His agent is Melvin Booker, Devin Booker’s father. The third is that he is from Detroit and played AAU ball for ‘The Family’, a highly successful Detroit-area youth basketball team. Knicks GM Scott Perry, who just got a contract extension is from Detroit and is well connected in the city’s basketball culture. That is how he knows World Wide Wes, who has been involved with the Family program, which was started by former Detroit Piston Richard Hamilton.

So only be surprised if Isaiah Jackson is available and the Knicks don’t select him. You heard it here first on the Knick of Time Show.