Start of a New Era

For as bad as the Knicks have been over the past 20 seasons, they only have one top 3 pick to show for it. That pick was RJ Barrett, selected 3rd overall in the 2019 draft. However, most fans weren’t excited about getting Barrett, instead they were actually depressed. They only talked about what could have been. Despite the odds, New Orleans(6%) and Memphis(6.3%) jumped ahead of the Knicks in the lottery and took Zion Williamson and Ja Morant.

They were considered the only true superstar talents in their draft class because of their combination of skill and freakish athletic ability. RJ was rated a tier below them since he isn’t on their level athletically. That’s why he wasn’t considered a franchise player.

But when you look back at the last great era in Knicks basketball. It began in the draft, the Knicks won the lottery in 1985 and selected Patrick Ewing. The Knicks went on to make the playoffs 13 times, with two Finals appearances, in Patrick’s 15 seasons. It’s hard to believe the Knicks went 34 years between top 3 draft picks. That right there explains why the Knicks have struggled so much.

For those who follow baseball and are old enough to remember what the Yankees were before Derek Jeter, they will tell you it was similar to the Knicks. The Yankees were a dysfunctional organization led by an impatient owner that made horrible decisions. Steinbrenner kept acquiring high priced veteran players instead of developing his own young talent. It wasn’t until Steinbrenner got suspended from baseball that the Yankees started building through the draft. Steinbrenner was away from the team just long enough for them to draft Derek Jeter with their 1st round pick in the 1992 draft. Jeter made it to the majors in 1996, just in time to replace Don Mattingly as the new face of the franchise.

Full disclosure, I am not a Yankee fan. In fact I grew up despising them as I am a Met fan from Queens. But there was something about Derek Jeter that made me like him, and actually root for the Yankees at the beginning of their championship run.

Jeter wasn’t considered the best young prospect in his sport despite winning rookie of the year and a World Series in 1996. Everyone ranked Alex Rodriguez(ARod) and Nomar Garciaparra ahead of him. While Jeter was big for a shortstop, ARod was bigger, stronger and hit for power.

However Jeter was built for New York. He wasn’t flashy, but played the right way and handled himself with class. All Derek Jeter did was be consistently great, especially when the pressure reached unimaginable levels. That is why he earned the distinguished honor of being the last player named captain of the Yankees. 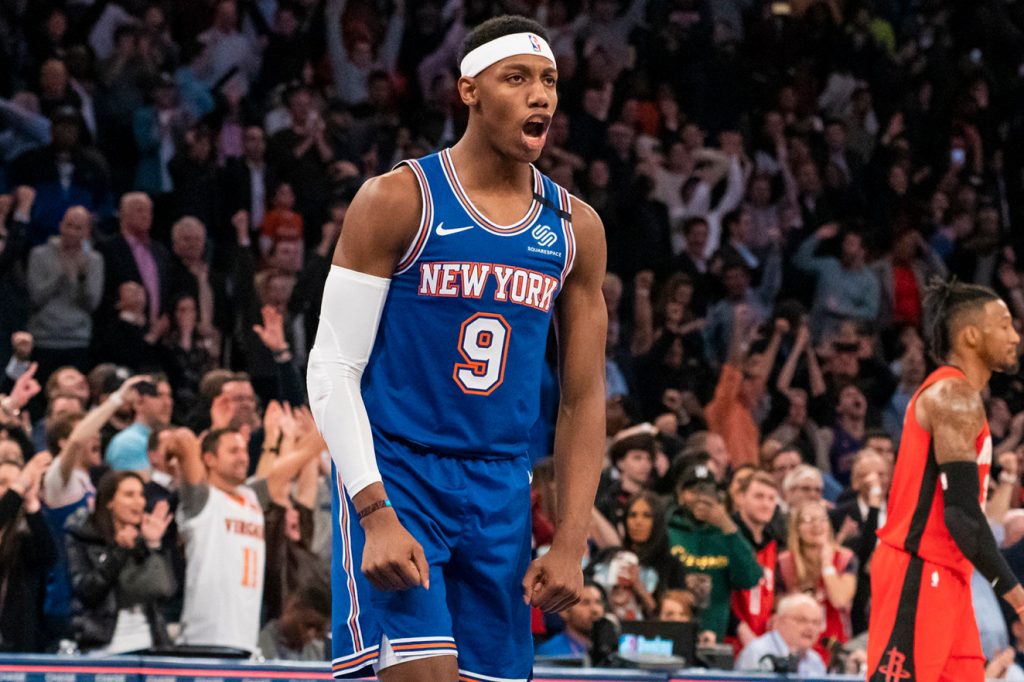 As I see RJ grow up before our eyes, I am convinced he will be the next face of the City. While Jeter didn’t debut with the Yankees until he was 21 years old, playing 4 seasons in the minors. RJ only played 1 season at Duke before becoming the Knicks’ starting shooting guard at age 19. Barrett is just about to complete his 2nd season in NBA, and has played in less than 120 games. Imagine how much better he will be next season, his 3rd, when he will be 21, just like Jeter was when he broke on the scene.

Being a NYC Icon 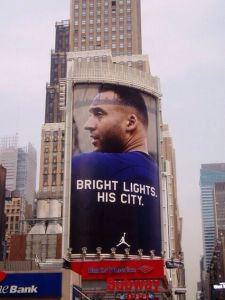 What makes players legends in New York is not just winning, it’s defying the odds, proving the doubters wrong by delivering when the stakes are highest.

Barrett joined a team that wasn’t built around him. In fact the roster construction actually hinders his game. Then there was all the chaos in the front office and coaching staff. Can’t also forget the unforgiving national media that labeled him a bust. Any other player would have complained and crumbled under the pressure.

Instead, it made him stronger, he focused, and improved his game. This season I just wanted Barrett to work on getting to rim. I thought it would take 2-3 more seasons for RJ to go from being a horrible outside shooter (Elfrid Payton status) to decent. But during the middle of his 2nd season Barrett figured it out and his currently shooting right at 39% from beyond the arc. Which is insane to think of when you look back at what his shot was in his rookie season.

New York City needs a homegrown player that is tough, smart, and doesn’t runaway from the pressure, but instead lives for it.

Derek Jeter grew up a Yankee fan since he spent his summers in New Jersey with his grandparents who took him to games in the Bronx. RJ Barrett grew up a Knick fan since he would come to New York City every summer to visit his mother’s family. It almost sounds like destiny.

But it’s too much to expect Barrett to reach the same level of success as Jeter did. But if he helps the Knicks win their first championship since 1973, there will be a statue of him placed in front of Madison Square Garden and his number 9 will be raised to the rafters. It’s the least the City could do to immortalize one of it’s heroes.

Is Porzingis a Legitimate Number One Option?

Is Porzingis a Legitimate Number One Option?