Knick fans should feel great about what the teams done so far in free agency. Don’t go by what the media says, they only like to talk about signings of famous players  Let me explain why the Knicks have had one their best free agent summers in a long time.

The 1st Rule of Free Agency 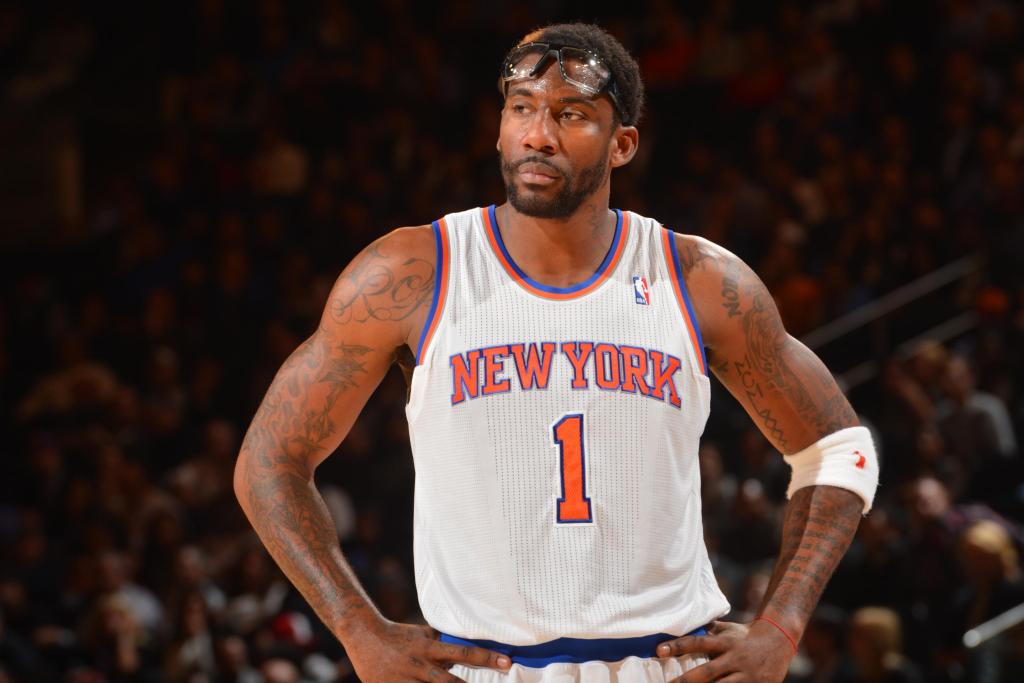 Most fans think you have to overpay to sign a free agent. Every Knick fan I spoke with that wanted Lonzo Ball agreed that he wasn’t worth $20M per season, but still wanted him. Their rationale was that he was worth it because that was the market rate. While that thinking does make sense, the first rule of free agency is don’t offer a contract you can’t eventually trade.

All the mistakes the Knicks have made in free agency have happened because they violated this rule. The signings of Amar’e Stoudemire, Joakim Noah, and Time Hardaway Jr. as reminders of the consequences of overpaying free agents. Part of the reason teams fall into this trap is because they also forget about rule number 2 of free agency.

The 2nd Rule of Free Agency 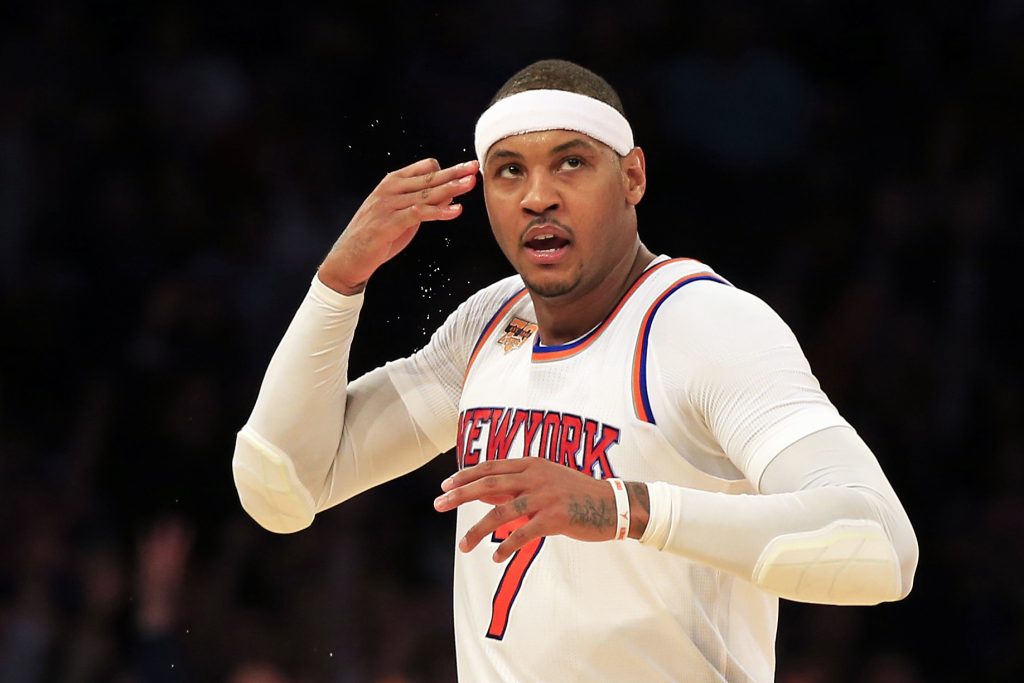 Don’t worry about winning the press conference. Some teams feel the need to make a splashy signing to get the fanbase excited, or overpay to retain a good player out of fear of getting criticized for losing them for nothing. In the past the Knicks have been guilty of both. The good news is that this time the Knicks didn’t break this rule, but several teams definitely tried to win the press conference.

When you look at the Fournier deal, you have to like it. The veteran wing fills a a major need for the Knicks. The price tag was 4-years/$78M, but the 4th year is a team option. So the guaranteed money is really, 3-years/$57.1M. That is an average salary of $19M per year for the first 3 seasons. That is very reasonable when you consider that in 2017 the Clippers signed former Knicks Danilo Gallinari for 3-years/$61M, a player that is not as valuable. They eventually included him in the trade package for Paul George which also secured them Kawhi Leonard.

Now compare his contract to former Knick Tim Hardaway Jr.(THJ), who resigned with Dallas. His contract is 4-years/$74M, $1M less per season than Fournier’s. Everyone agrees that Fournier is a much better player than THJ, but the last year of THJ’s deal is guaranteed at $20.5M, while Fournier’s is not. THJ is also a year older than Fournier.

Then there is DeMar DeRozan’s deal, 3-years/$85M. His deal is $28M more than Fournier’s. DeRozan is also 3 years older and has a skillset that is not as valued as Fournier’s. DeRozan can’t handle the ball or shoot from beyond the arc. DeMar will 34 years old and making $30M in the last year of his deal.

So when reviewing the deals for the veteran wings, the Knicks landed the best of the 3 players, while and signing him to the most team friendly contract. Chicago and Dallas will have to pay another team to trade for Hardaway or DeRozan. But Fournier’s deal is very tradeable. That is why the Knicks get an “A” for this signing.

At first I was concerned about this signing, I thought Leon Rose and Thibs let their personal relationship with Derrick Rose blind their judgement. However, I felt much better about it after I found out the 3-year/$43M deal has a club option. Derrick Rose is 32 and has bad knees, so he can’t be relied upon to play +30 minutes a night for a full season. But his production can’t be disputed, he was the x-factor on the team. As I mention in the article ‘The Rebirth of Derrick Rose‘, the Knicks had a losing record without Rose. So playing an elite role player close to $15M per season for 2 years makes sense. The Knicks will definitely get at least one more good season out of Rose. If Rose’s play declines, then the 2nd year will turn into an expiring contract which are easy to trade.

Then there is the added bonus that Rose will be sharing the point guard duties with Kemba Walker who just signed for $8M after getting bought out by OKC.

The Knicks essentially solidified the point guard position for $23M next season. Utah paid more to retain Mike Conley Jr. 3-years/$72.5M, an average of $24.5M per season. Conley is 33 years old and injury prone, and missed playoff games last season. Utah essentially guaranteed Conley 3 seasons worth of salary for 1 more year of current production. It is unlikely that he will be the same player he is today in the 2023/24 season when he will be 35.

As for the other point guard signing, Chicago also pretty much paid 1 unproven player what the Knicks paid for 2 proven point guards. The Bulls signed Lonzo Bal for 4-years/$85M. They also had to trade 2 serviceable vets and valuable draft picks to New Orleans in order to secure Ball. In 4 seasons Lonzo Ball hasn’t proven he is a starting NBA point guard. He was moved off the ball last season, and is a player that averages 1.2 free attempts per game, so he can’t get to the rim. Conversely, last season, Rose got to the line twice as much as Ball and Walker 3 times more per game. Chicago overpaid Lonzo Ball with the hope he turns into a great point guard. 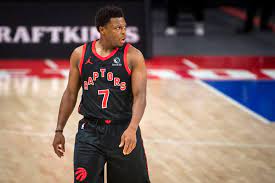 Then there is Miami that signed a 36 year old Kyle Lowry for 3-years/$90M. Lowry’s production slipped last season and miss time due to a back injury. This is a classic win-now move and worry about the consequences later. The Heat are going to have some major cap issues as this deal coupled with Jimmy Butler’s extension is going to age poorly. It appears Pat Riley is making his last run at a championship and is going to leave it up to someone else to clean up the mess later.

As for the Knicks, they signed two proven point guards while maintaining their cap flexibility and draft picks. That is why I give the Knicks a grade of “B+“, would have been higher if either player was the long term solution at point guard.

The Knicks were able to retain Alec Burks, a key rotation player with a contract the guarantees him $20M over 2 seasons. The Knicks own a club option for a 3rd season at $10M. That is an amazing deal for a very good versatile wing that can shoot, play-make, and can insert at multiple positions. The only concern with Burks has been staying healthy.

Compared to the other signings for role wings, Burks’ deal looks even better. Miami resigned the sharpshooting Duncan Robinson for 5-years/$90M. But the reality is that Robinson is a very one-dimensional player. He is not a great defender and can’t create off the dribble. He also isn’t that young at 27 years old. He will be 32 on the 5th year of this deal. One-dimensional shooters are easy to find in this league because they don’t have much value in the playoffs, since they usually get played off the court. Would rather have Burks who is only a couple of years older, but a more dynamic player that also shoots over 40% from 3.

Norman Powell also signed for the same terms as Robinson. Another signing that doesn’t make sense as Powell is only 6’3″ and can’t play multiple positions. He will be 33 years old during the 5th year of contract, which does not have a club option. For a team like Portland desperately looking to add another star quality player, it makes no sense to pay a role player $16M. Portland would much rather have a versatile wing like Burks for $6M less per season and on a shorter team friendly contract.

That is why I give the Burks signing an “A” grade, because it is great value for a very good role player and it’s a contract the Knicks can easily trade if needed.

This is a deal I am not crazy about, not that I think it’s a bad deal, just not as good as the others. Noel is a defensive specialist who held down the Center position when Mitchell Robinson was injured. His ability to protect the rim is elite, he averaged 3.3 blocks per 36 minutes. However, he is not a great rebounder or a good offensive player. While Thibs likes having 48 minutes of rim protection, I rather have the Knicks slide Randle to back up Center in order to give Obi some more minutes at Power Forward.

But when you compare Noel’s deal versus the other Center signings it is not bad. Jarrett Allen got the largest deal, 5-years/$100M, $20M per season. This deal was a little rich for a rim running Center. Cleveland will be looking to trade Allen in a couple of seasons after Evan Mobley, the 3rd pick in the draft, fills out. Cleveland might have to attach compensation to Allen’s deal in order to move it since it will be worth almost $22M per season on the backend.

Richaun Holmes who is also better than Noel just resign with Sacramento for 4 seasons at an average salary of $13.75M. Then there is the Daniel Theis, Houston gave him 4-years/$36M. I would rather have Noel, especially for half the years.

So while Noel’s deal isn’t great, it appears to be in-line with the market. Signing Noel for 2-years/$21M with a club option for a 3rd season is not bad value. This is a contract that can be moved rather easily without attaching compensation. Most importantly, Noel is a solid vet. That is why I give this signing a grade of “B-“.

Have to say, this has been one of the better free agency summers for the Knicks in a very long time. As for their competition, it will be a bad one in the long term. The Knicks have positioned themselves nicely to become a contender in the near future.

A Letter To Leon

Ken Tavarez - February 14, 2020
0
To our weekly readers, I know the fan base has mixed feelings about the Leon Rose hire. But the reality is that it's a...

Ntilikina Continues To Improve On Offense

New York Knicks: RJ Barrett Has Been Relishing the Disrespect.

A Letter To Leon

Ntilikina Continues To Improve On Offense

New York Knicks: RJ Barrett Has Been Relishing the Disrespect.