As the trade deadline is now less than a month away, February 6th, the Knicks need to decide if they are willing to be sellers. The majority of fans are in favor of moving most of the veteran players, some are even willing to move Julius Randle. However, the one player the fans are divided on is Marcus Morris. 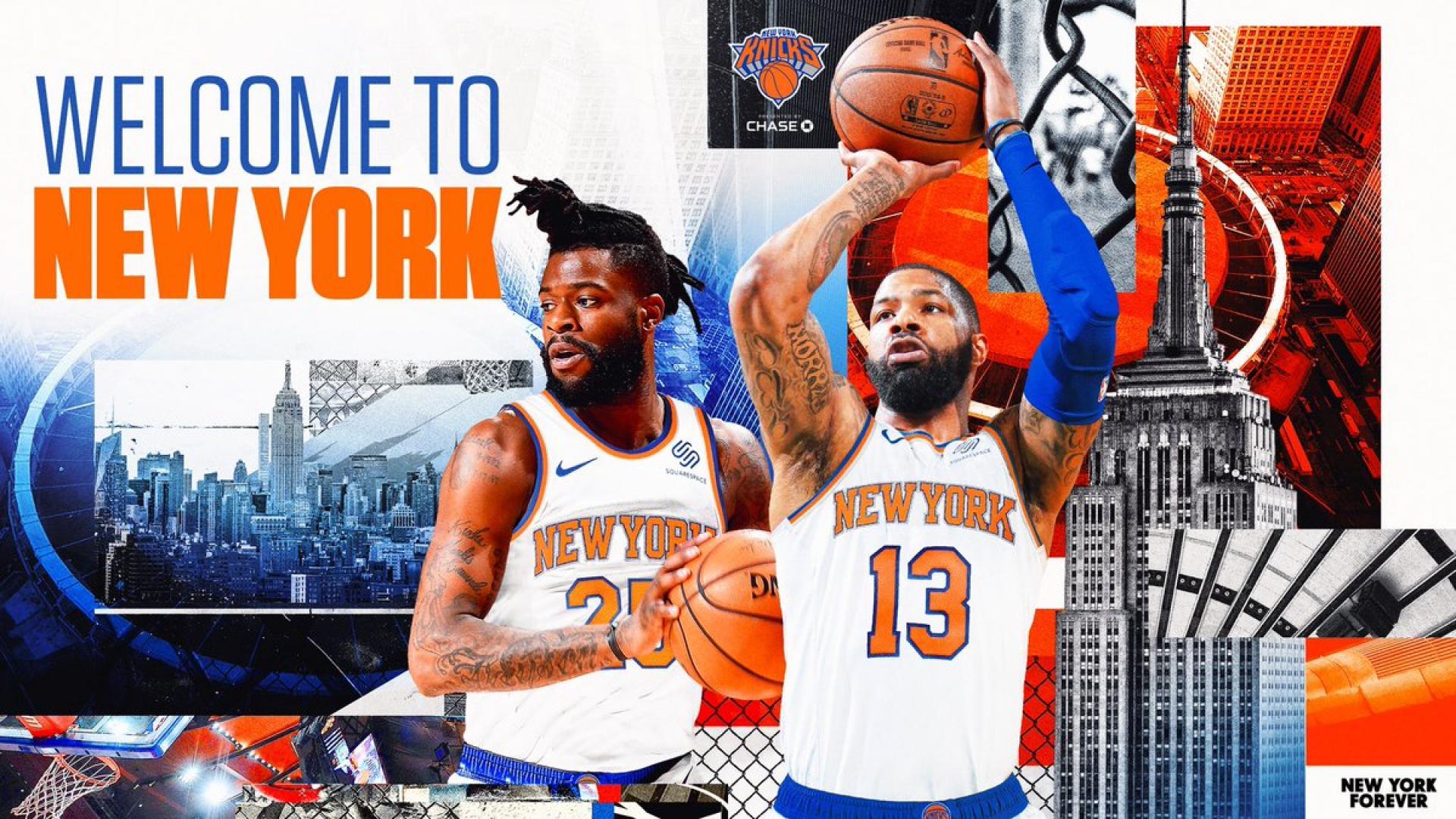 Marcus Morris was not in the Knicks’ original plan (B). He was part of plan C; the need for another forward once it was discovered that Reggie Bullock needed neck surgery. The Knicks subsequently restructured Bullock’s deal which resulted in additional cap space. When the Knicks used that cap space to offer Morris a 1 year $15M deal. He then quickly reneged on a verbal agreement with the Spurs for a 2 year $20M deal, $10M per year. Usually players don’t renege on a verbal agreement, especially when the team made a trade to free up space to sign them.

For the front office, finding a player of that caliber late in free agency was an unexpected boon. They were excited to bring in Morris because they felt the team needed the steadying presence of a veteran player who also brought much needed toughness on defense. However, the Knicks have gotten more than they expected, Morris as taken advantage of the situation to assert himself as the team’s leading scorer. He has had a career year, especially from 3-point range, he is shooting 46.9%, 2nd best in the NBA this season.

However, Morris’s production has come at a cost. He is not quite the defender at small forward that he is at power forward. This has made the Knicks vulnerable on defense to teams that can stretch the floor and knock down 3s. On offense, he is not a good compliment to Julius Randle, our top free agent signing and only post player, as he tends to clog up the paint and is taking shots away from Randle. Then there is the development factor. I am in favor of players earning their minutes, but that needs to be defined differently for different players. Kevin Knox is a good young player that needs to get playing time as long as he is earning it by working hard. No one can expect a 20 year old to be more productive than a fully formed 30 year old veteran. The only way for a young player to get better is by playing, especially with vets that compliment his skill set. Having Morris play small forward is impeding that development.

While it’s nice to hear that Marcus Morris wants to stay with the Knicks, especially since the franchise was shun by some high profile free agents, it’s not a smart move in the long term. The reality is that no one is going to build a team around Morris. He has never averaged more than 14 per game in a season and will be 32 years old when the team will be in position to truly compete. While he is having a career year thanks to his 3-point shooting, his effective FG% (53.4%) is almost the same as last year. That is because he has been atrocious on 2-point shots (41.7%). What happens to Morris’s value if his 3-point shooting starts to regress closer to his career averages of 37%? 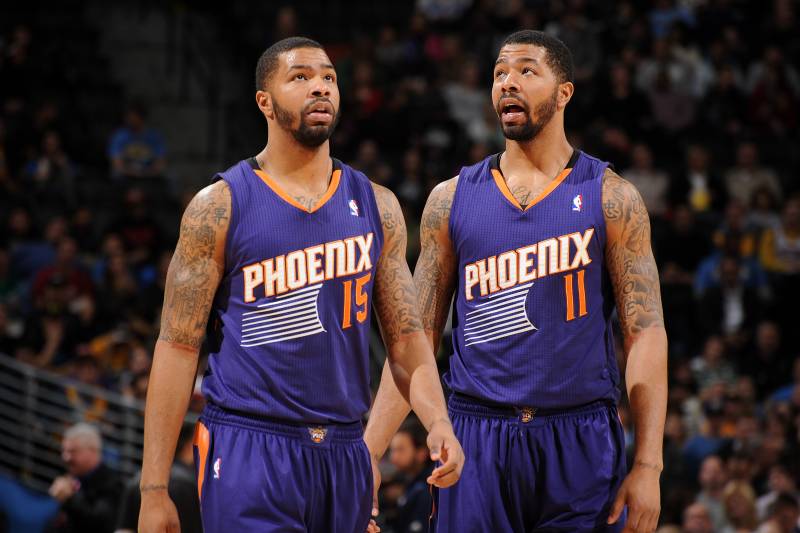 The truth is that Morris is motivated more by money than he has led to believe. He went back on his word with San Antonio to join a worst team for more money. I don’t blame him for making that choice. Marcus and his twin brother Markieff took less money in Phoenix because the organization promised to keep them together if they did. Unfortunately, Phoenix went back on their word and separated the twins.

So at this stage in his career, age 30, and having never made more than $5.38M in a season, I understand why he would want to secure his family’s future. He has earned more than a third of his career earnings on this contract with the Knicks. There are players in the NBA that will earn more in 1 season than Morris has in 9 seasons. I’m also sure he is enjoying being a featured player on offense, as he never averaged more than 10ppg in a season until he was 26 years old.

It’s is also easy to be leader guy when you are getting your shots and a big pay day. How would Morris react if the team reduced his playing time in order to develop the young guys? After all, Morris was brought in to support the young players and be a good example, not to be the centerpiece of the rebuild.

Mills needs to do his job

If there ever was a time we needed Steve Mills to be the cold blooded executive we all accuse him of being, it’s now. Move Mook while his value is high. He is a role player that is putting up featured player numbers. Everyone will regret giving him a long term deal this summer if it results in taking the team out of the running for free agents in the summer of 2021. Would Giannis or any other star player want to join the Knicks if they have $20-$25M per year allocated to Morris? Mills might think that keeping Morris could save his job in the short run, but that is not good for the team in the long run.

There are several teams that would be interested in acquiring Marcus Morris for the remainder of the season that have the assets necessary to trade for him. They are the Lakers, Clippers, Nuggets and Sixers. Below are some possible trades the Knicks would consider.

Comments: While the Lakers know their window to win with LeBron is shrinking and do not have Anthony Davis locked up to a long term deal, this is the least likely of all the scenarios. Even though the Lakers are getting fed up with Kuzma’s antics, they still need him. It would be a risky move to lose him for a rental. For the Knicks, they would get a proven young player they could plug in the front court. What also makes this trade unlikely to happen is that Morris dropped Rich Paul as his agent, so I don’t see LeBron pushing for this deal.

Comments: The Clippers are the more likely L.A. team for Morris’s services. They finally have a realistic chance to win a title and would not have to give up a core player to do it. They are not going to sit ideally while the Lakers look to sure up their team. Being able to get another versatile defender to help Kawhi and Paul George guard LeBron and AD that can also knock down open 3s is huge and would cement them as the favorites to win the title. The only concern here is that Morris already turned down a chance to join the Clippers in the off-season and they also need to sure up their center position. For Knicks, they would get an expiring contract in Harkless and a young wing player in Robinson. The Clippers can’t afford to give up a 1st, but can include a 2nd to sweeten the deal.

Comments: While the 76ers don’t seem like a team in need of more frontcourt, they do need bench scoring. Josh Richardson hasn’t proven himself to be the compliment to Simmons and Embiid that the 76ers had hoped. They can use his contract to bring Marcus Morris home. Of all the teams that would like to sign him next year, Philadelphia would be at the top of his list. Aside from bench scoring, the Sixers need consistent 3-point shooting. Morris would also be another defender they could throw at Giannis in the playoffs.  A third team would be needed to facilitate the trade, the Hawks would be a likely candidate since they are one of the few teams with cap space. For the Knicks, they would get a promising prospect that hasn’t been able to get on the court in Zhaire Smith. The Sixers also have a ton of draft picks. They actually own 2 of New York’s future 2nd round picks. While the Knicks would not want to deal with the ridicule that would come from the local media (Bondy) for trading for their own 2nd round picks. The Sixers can send them the Thunder’s 1st round pick in the upcoming draft (2020) which is top 20 protected and would convert to two 2nd round picks. That would play better in the media.

View The Latest Episode of Our Weekly Podcast Below!

Knicks: Why are they better with Quickley?

Ken Tavarez - December 25, 2020
4
Tempering expectations While Immanuel Quickley's regular season debut was cut short because of a hip pointer injury he did not disappoint. Despite playing only 12...

Knicks: Why are they better with Quickley?