In my last article, Draft Conspiracy Theory we reviewed the times a team with similar odds as the Knicks won the lottery. This time we are going to have some fun and guess how it will unfold. Could this finally be the year the Knicks break their run of bad luck? Let’s hope !! They haven’t moved up once in the 9 times they have been in the lottery since they won it in 1985.

Knick fans are a curious bunch. I ran a poll on the twitter asking Knick fans which player would they want the team to select if they won the lottery, 80% said LaMelo Ball. When you go online, the player that Knick fans are talking about the most is LaMelo Ball.

But go ask a Knick fan were the team will pick in the draft. You will be hard pressed to find one that thinks the Knick will win the draft lottery. Even super fan and host of the Knick of Time Show,  J Ellis, wouldn’t provide a prediction. He flat out refused to put his name to a wild guess. It seems like the fan base is scared to jinx it.

While the odds are not in the Knicks favor, there are reasons to believe it might happen. For one, Lavar Ball did speak it into existence in 2017 when he wanted his oldest son Lonzo to go to the Lakers. He now wants his youngest son to play for the Knicks.

If your a conspiracy theorist, which I am not! The financial motivations that were omnipresent each time an unexpected team won the lottery are not there this year. This draft doesn’t have a franchise-altering star that could reshape the fortunes of  a small market team.

Also, if the salary cap stays relatively flat, the average salary for a top 3 player is expected to start somewhere between $8-$10M per year. That is a lot of money for a team to invest in a rookie that isn’t a sure thing, especially in a year when free agents will be available at an affordable price. Bottom line is that many teams are not as excited about moving up in the draft as in previous years. The last thing to consider is what Commissioner, Adam Silver, wants.

While we would never suggest that Adam Silver would meddle with the draft lottery, it is interesting to understand what his ideal outcome would be since he is in charge of the overall growth of the league.

The first thing the commissioner wants is to create excitement around the draft, have new stars to promote, give the fan base of bad teams some hope. Unfortunately there isn’t a Zion Williamson type star player in this draft.

This will also be the first year the draft will take place during the football season. So if he wanted to get fans excited, maximize jersey sales and viewership, he needs the right players to land in the right markets.

Taking one for the league

But to do that, you have to disappoint a few teams. You need some teams to slide back in the draft in order to have some move up. The teams that the commissioner can disappoint without getting much backlash from are; Cleveland, Minnesota and Golden State. Cleveland and Minnesota have won the lottery and have had more than their fair share of number#1 overall picks. As for Golden State, they will most likely trade the pick away in order to acquire veteran players since they are in win-now mode.

Don’t expect many surprises for back half since the Lakers are not in the lottery this year. Below are my predication based on what I have seen on several mock draft sites.

The first 7 picks is were I predict there will be some surprises.

Predict the Bulls will stay at the 7th spot and draft Tyrese Haliburton. They desperately need a point guard and Haliburton’s style of play compliments Zach LaVine’s. He is from the Midwest and played in the Big 12. This is the NBA fan base most familiar with Halliburton and the one that would be the most excited to get him.

Predict Cavs will slide back 4 spots in draft, then draft Obi Toppon since they will likely be looking to move Kevin Love. Toppin is an exciting athletic player that would be a nice compliment to Andre Drummond. He played at Dayton, so is the closest thing they have to local star.

Predict the Timberwolves will slide back 2 spots and draft Deni Avdija. He is a nice versatile high IQ player. He can fit in right away and help the Wolves at either forward position. 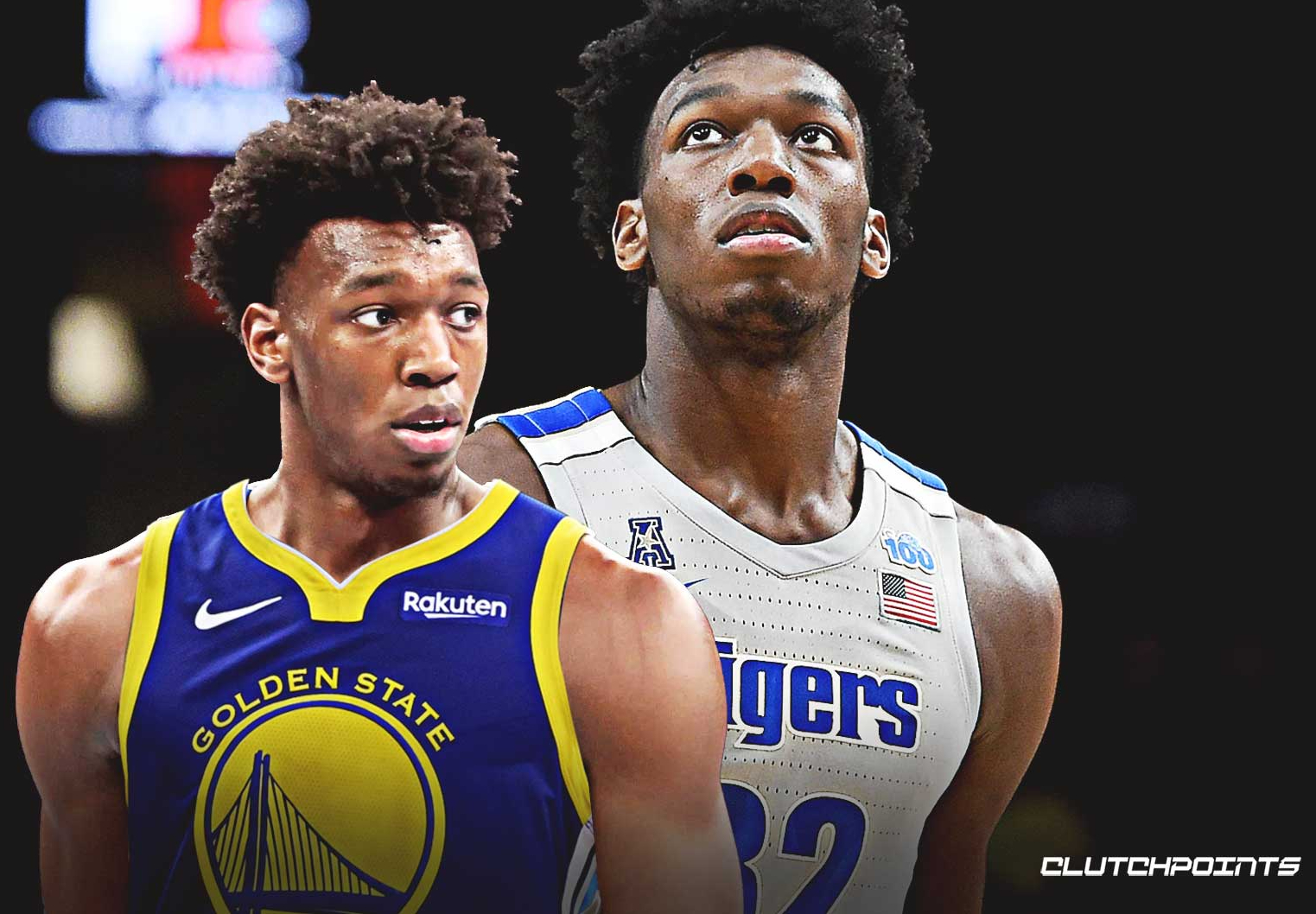 Predict the Warriors will fall back 3 spots to 4th and draft James Wiseman. This is were things can get dicey. Golden Sate will likely look to include the pick in a trade for a veteran player. But if they don’t, then Wiseman would be the player since he can play for them right away and has ridiculous upside..

Predict Detroit will move up 2 spots to 3rd. Pistons desperately needs a point guard that can create off the dribble. While Hayes isn’t a house hold name like Ball, he is a pure point guard with good size at 6’5″. He also has been playing professionally longer than Ball, so he has a high floor.

As for the marketing side, Hayes and last year’s #1 pick, Sekou Doumbouya, are both from France. Also. the name Detroit is of French origin.The team’s colors are the same as the French flag. It just seems like a marketing dream for one of the NBA’s least valuable franchises.

The consciences top two players are Anthony Edwards and LaMelo Ball. Edwards has the highest ceiling of any player in this draft due to his physical gifts. Ball is probably one of the least athletic players, but one of the smartest. While the fits by team are obvious, the order in which they go is important. LaMelo Ball is going to garner the majority of the media attention regardless of where he is selected. The issue is Anthony Edwards, he needs to go first in order to increase his star power. 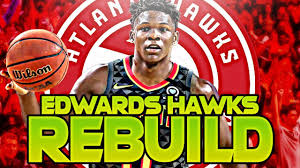 We are going out of order on purpose because this is a Knicks blog. Predict that Atlanta will move up 3 spots and win the lottery. Edwards from a basketball perspective is a better fit with the Hawks since they already have a point guard. What they need is a player they can pair with Trae Young that can create offense and be a plus defender. The Hawks offense would go to pieces every time Young went to the bench. There were times when they had 43 year old Vince Carter running the offense.

As for the money side, Atlanta would be the most excited to get Edwards as he is a hometown kid. The Hawks could also promote him as the next Dominique Wilkins, a former Hawk great that also played at the University of Georgia. Atlanta would love to have two exciting players like Young and Edwards to market. 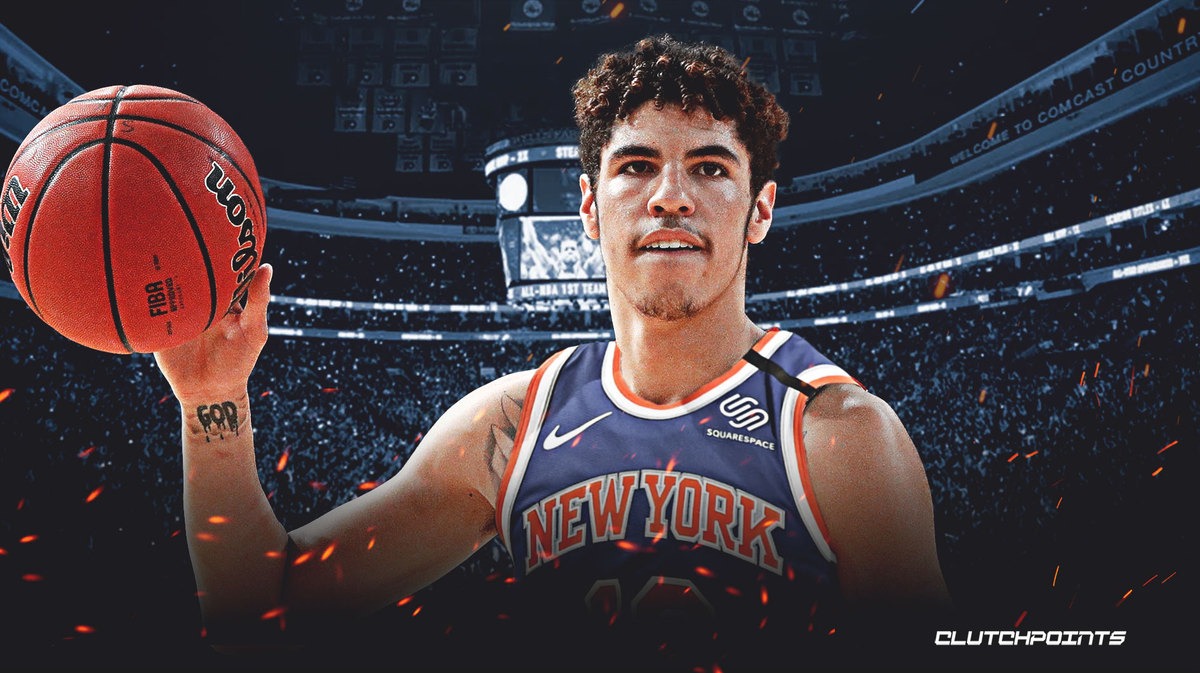 Let’s be honest, having LaMelo Ball go to New York would be the biggest cash grab for the NBA. Let’s remember the media attention that was created when Lonzo Ball went to the Lakers. Now imagine New York which is starving for a star. In this year’s draft there is only one player/team combination that can create the type of excitement that will move the needle on jersey sales and TV ratings.

From a basketball perspective, Ball is a great fit. The Knicks desperately need a true point guard to orchestrate their offense. Ball is a magician with the basketball, always making the right decision and setting up his teammates for easy baskets. As for his outside shot, a lot has been made of his poor shooting performance in Australia. But that can be viewed as an anomaly. He was always known as a good outside shooter until last season. Mechanically there is nothing terribly wrong with his form. It think we can just chalk it up to a small sample size for a kid that joined a new team in a new league on the other side of the world. Having Ball running the point with RJ on the wing, shooters spotting up behind the 3-point line and Mitch in position to through down a beautiful lob pass will get every Knick fan excited.

Should the Knicks trade for an unsuccessful star?

Ryan G. - November 5, 2017
0
As I sit back and think about the trade that went down — which sent Carmelo Anthony to the Oklahoma City Thunder for Enes...

Knicks Have An Off Night in Miami

Knicks Have An Off Night in Miami