As Knick fans brace for another draft lottery selection, hope is high that this might be the year the Knicks finally beat the odds and move up high enough to select LaMelo Ball or Anthony Edwards. However, they only a 9% chance of winning the lottery and a 18.2% of landing either the 1st or 2nd pick. But that doesn’t stop Knick fans, bloggers and the media from discussing the possibilities of drafting LaMelo Ball even though it’s unlikely. While a team with similar or worse odds than the Knicks has won the lottery 11 times in 35 years. The circumstances surrounding those unlikely outcomes have raised suspicion.

I am not saying that I believe the NBA fixes the lottery when it’s convenient for them or that I am a conspiracy theorist. I am just stating the facts; the Knicks have been extremely unlucky since they won the first lottery selection 35 years ago.

The national media can not stop talking about the first ever lottery in 1985, the one that is referred to as the “frozen envelope” lottery. No one talks about the fact that the Knicks had same exact odds as the other 6 teams, they just mention how convenient it was for the NBA to have Patrick Ewing go to New York, especially when the NBA was renegotiating it’s T.V. contracts.

For fun, let’s pretend it might be true. If the NBA did it once, won’t they do it again? Obviously they can’t do it every year, that would draw too much suspicion. But just when they felt they really needed to.

Put yourselves now in the commissioner’s shoes. Would you leave the fate of your job to luck? Of course not if you could help it. Think about it, the commissioner is tasked with growing the game and making sure the value of each franchise increases. The commissioner gets paid by the owners, so he has 30 bosses to answer to.

So how would you go about increasing the value of every franchise at the same time? Franchises in larger markets for the most part will benefit from the overall success of the league. Just look at the Knicks. For as poorly as they have been run they are still the most valuable franchise in the NBA, they are worth more than the Lakers or Celtics. In the financial world the Knicks are viewed as a dynasty.

As you can see in the graph it’s easy for the larger market teams to make money. But what about the smaller markets? They don’t have large local market revenue streams, so their margin for error is a lot smaller. One way to do that is by having good players that are inexpensive. You can only acquire those type of players through the draft. The way the system is set up now, a team can retain a great player they drafted for 7-8 seasons before they enter the open market. They are not required to sign a rookie extension, but not doing so means leaving a lot of money on the table. So a team that drafts a star is going to make a huge return on their investment.

Now let’s review the recent history of the draft to see if anything seems odd. Let’s start with the two franchises that have benefited the most from the lottery in the last 10 years.

When LeBron James left Cleveland the first time in 2010, the owner was irate. Imagine the value of his franchise decreased 50%, (at least $300M) overnight. That motivated Dan Gilbert to lead the effort to stop the forming of super teams. He rallied the other small market owners to force reform during the 2011 lockout. It really was the small market franchises versus the players union.

Now look at the 4 seasons that proceeded LeBron James’ first departure from Cleveland. They won the lottery 3 out of the 4 seasons. Grant it, one of those times was with the Clippers’ pick, however that pick only had a 2.8% chance. If you wanted to fix the lottery for Cleveland without raising suspicion, that would be the way to do it. Have the Clippers be the fall guy, it’s a very plausible story line.

While the Lakers are not a small market team, they are the crown jewel of the NBA. The league feels that the Lakers need to be viable for there to be interest in the league. When the late David Stern was asked in terms of ratings what would his ideal Finals match-up be every year, his response was “Lakers vs. Lakers”. That tells you all need to know.

While the Lakers have been historically great, they hit a rough patch. starting in the 2013-14 season. To make matters worse, from 2015 to 2017 they were literally holding their breathe at the lottery selection since they still owed Phoenix a 1st round pick from the Steve Nash trade in 2012. If the team wasn’t going to be good, then it needed to be really bad in order to keep it. The pick was top 5-protected in 2015, then it became top 3-protected in both 2016 and 2017. It then became unprotected in 2018.

Luckily for the Lakers they never fell back in the draft. In fact they moved up twice, in 2015 for D’Angelo Russell and 2017 from Lonzo Ball. In 2016 the only year they didn’t move up they drafted Brandon Ingram. Imagine how detrimental it would have been to their rebuild if they lost one of the those lottery picks. Two of those players were part of the Anthony Davis trade; Brandon Ingram and Lonzo Ball. In fact in 2017, the Lakers had a 53% chance of losing the pick to Phoenix. The Lakers desperately wanted Lonzo Ball who was considered by many the best player in the draft and the most popular since he was from L.A.. Then in 2019, they had another dose of good fortune and moved up 7 spots in the lottery to get the 4th pick in the draft. They only had a 9.4% chance of moving up that high. That pick was the final piece needed to make the Anthony Davis trade happen.

Now let’s review the times a team with odds similar or worse than the Knicks have this year (9%) have won the lottery. Of those teams, only two were considered big market teams at the time, Houston and Chicago. The most egregious ones aside from the Cleveland’s drafts are Orlando in 1993 and Chicago in 2008. Miami was talking about having the Chicago backcourt; Rose and Wade since they had the best odds of winning in 2008. Imagine how many Heat fans there would have been in Chicago if that happened? Luckily for the Bulls they won the lottery with a 1.7% chance. The next has to be 2019 which we will now look at in depth. 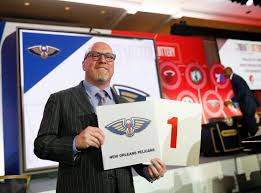 This lottery draft was Adam Silver’s masterpiece, better than the one he orchestrated in 2015. As shown earlier, the two poorest franchises, New Orleans and Memphis leaped in front of the Knicks to get the only two elite superstar players in draft. Then the league helped the Lakers move up to number four. Adam Silver greased the wheels just enough to get Anthony Davis to the Lakers. 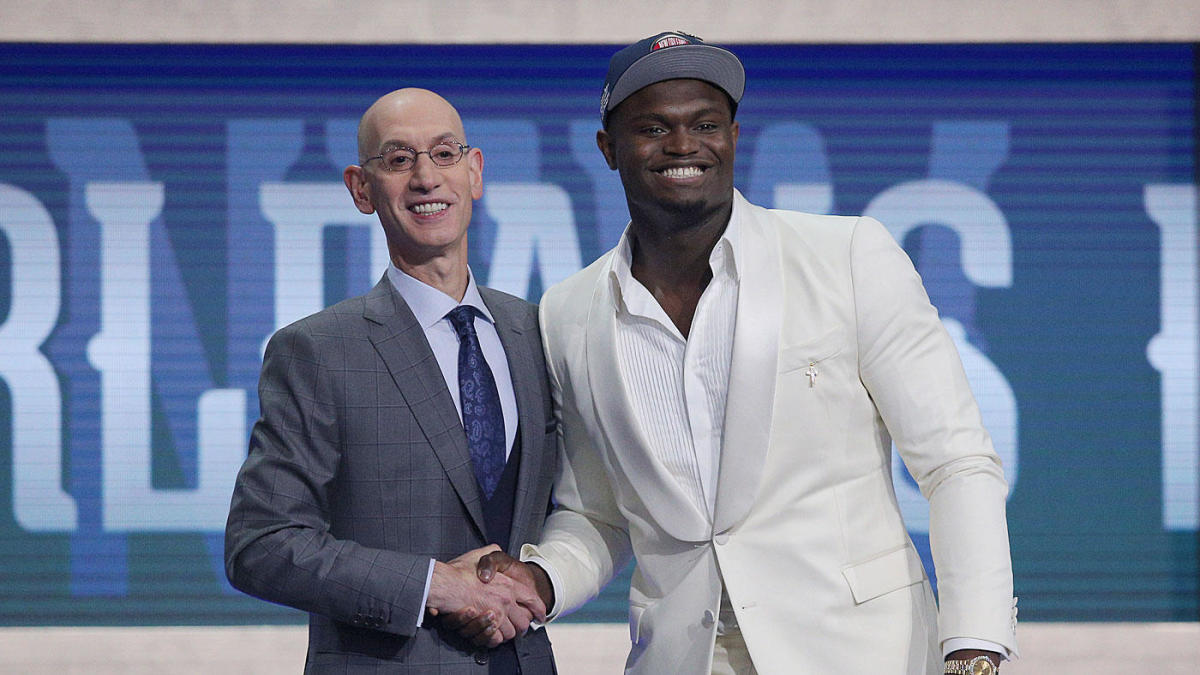 Look at what he accomplished, He appeased New Orleans by getting them the most exciting player to enter the league since LeBron James. Then improved the Lakers draft position enough to increase the value of the pick they would eventually trade to New Orleans. 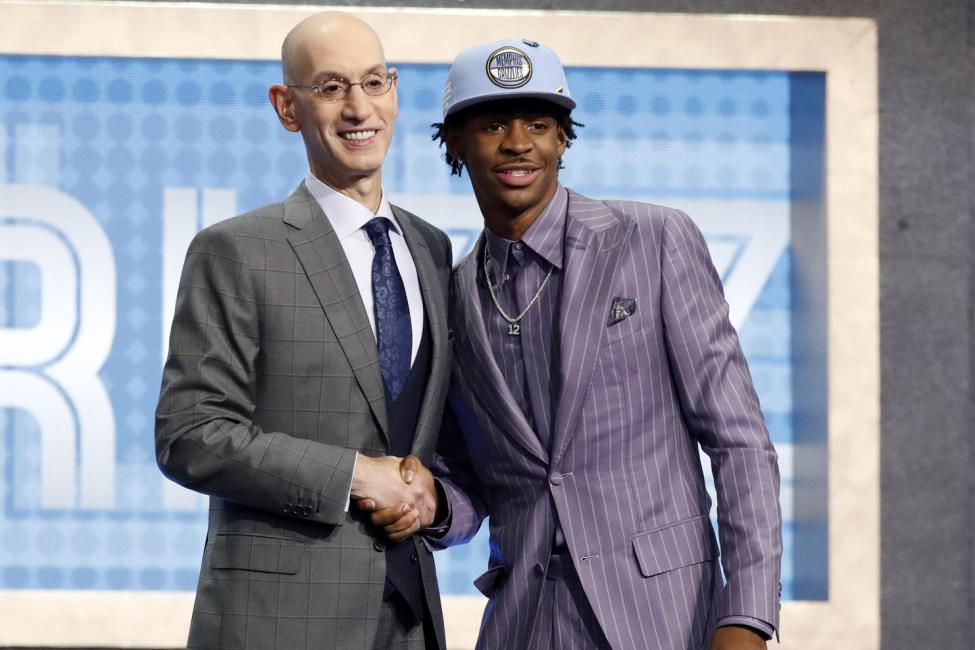 He also got Memphis a star to replace Mike Conley. In two drafts the NBA’s second poorest franchise transitioned from the Marc Gasol & Mike Conley duo to Jaren Jackson Jr. and Ja Morant. At least Silver had enough sense not to completely screw over the Knicks. He could have dropped them all the way to the 5th spot.

As of February 11,2020 Forbes still has the Knicks as the most valuable franchise, now at $4.6B. New Orleans’ value has increased $350M, to $1.35B, they are now worth more than Memphis by $50M, but don’t feel bad for them, their franchise value has increased $300M to $1.3B. It looks like Adam Silver has done a great job for all the owners.

Let’s also consider one other thing, If you were the commissioner, would you entrust the future of your league to the Knicks? Of course not. If the commissioner is a control freak like most powerful people are, he would want to ensure that the league’s future gets developed correctly.

Even if the Knicks don’t believe in conspiracy theories, they still need to prove to the “Basketball Gods” that they won’t squander any good fortune that gets bestowed upon them. Hopefully Leon Rose will do that so Knick fans will not have to endure anymore mocking like what Jorge Sedano of ESPN LA did below.