Whenever the New York Knicks meet the Brooklyn Nets, the electricity in the Big Apple rises. The Knicks have already staked their claim of New York City, but since moving to Brooklyn, the Nets have been trying to steal their shine. Well, whatever little shine New York basketball has at the moment.

Caris LeVert made sure to help push the Nets toward that goal.

With the game tied at 105, late in the fourth quarter, LeVert drove by Tim Hardaway Jr. to finish at the rim with 1.0 second left on the clock. LeVert was able to rise over Hardaway Jr. and Kevin Knox, who came from the weak side to attempt to block his shot. On this play, Hardaway Jr. allowed LeVert to drive right which is LeVert’s strong side. After the game, Hardaway Jr. admitted he should have known better since both him and LeVert were teammates at the University of Michigan.

Hardaway Jr. tried to make up for his mistake with a last-second heave from about 35-feet away, but he couldn’t find the basket.

LeVert led the Nets with 28 points in their 107-105 victory over the Knicks at Barclays Center. Jarrett Allen and D’Angelo Russell also contributed with 15 points each. Enes Kanter and Hardaway Jr. led the Knicks with 29 points each. 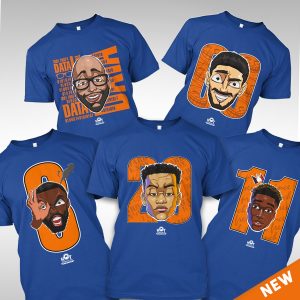 In the third quarter is when the real action began.

At halftime, the Knicks trailed 57-50. LeVert and Joe Harris came out the gate and scored to push the Nets lead to eleven, their largest lead of the game. David Fizdale saw enough and called timeout immediately, after Joe Harris’ bucket, with 11:12 left on the clock. Whatever Fizdale said to his players during that timeout worked because the Knicks played with a renewed confidence like they just drank a bottle of Michael’s Secret Stuff from Space Jam.

Frank Ntilikina, Kanter, and Hardaway Jr. went to work on offense. All three players combined to score 20 points to help the Knicks cut into the Nets lead. Then the moment came. With 5:38 left on the clock, Hardaway Jr. rose up and made a 3-pointer which gave the Knicks a 66-65 lead. After the basket, Hardaway Jr. broke out the “Timmy Shimmy” to celebrate.

Whenever the “Timmy Shimmy” is in full effect, Knicks fans know it’s going to be a good game. Unfortunately, the good vibes amongst Knicks fans died at the end when LeVert put the game to rest with his game-winning layup.

Two bright spots to take from the game.

In addition to the Knicks active hands on defense, another bright spot was Knox. He had his coming out party today scoring 17 points on 7-of-14 shooting off the bench. Despite his stellar play, he still has a lot to learn as evidenced in the fourth quarter. After knocking down a 3-pointer, off a Hardaway Jr. steal, to tie the game at 93, the Nets called a timeout. As Knox was approaching the bench, Fizdale got into his face about a mistake he made on defense. Offensively, Knox got the goods, but he still needs work defensively to become the elite player he strives to be.

Luckily, the Knicks will have a chance to get over this loss immediately as they prepare to face the Boston Celtics at Madison Square Garden Saturday night.